Zion You Are My People 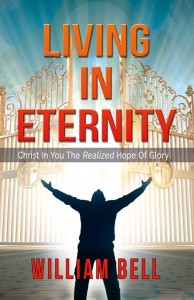 In this lesson, Zion you are my people, we examine Isaiah 51:16, as another text which speaks of the time of the generation to come in which God would create a new people. The text clearly lays out the sphere in which the new Zion occurs. It is the new heavens and earth. Isaiah says the God would plant the heavens and lay the foundation of the earth. He would then say to Zion, “You are my people.”

The passage is a parallel to Isaiah 65:17f.  In contrasts to the former covenant creation in Sinai, the new creation would be from Zion. One of the key texts is found in Isaiah 28:16 which speaks of the sure foundation, the tried stone. One event connected to  laying foundation would be the annulling of Israel’s covenant with death and Sheol. The sting of death was sin, the strength of sin was the Torah. This is in fact a picture of the resurrection and the fulfillment Torah. See 1 Cor 15:56-57.

Several texts regarding the sure foundation can be found in the New Testament. Once which is most notable is the parable of the vine-dressers. In the parable, the messengers sent by the husbandman, or owner of the vineyard were stoned, beaten and killed. Finally, he sent his Son. They killed him and attempted to take the vineyard (kingdom) by force.

Jesus cited Isaiah 28:16 to say that God would take the kingdom from Israel and give it to a new nation bringing forth its fruits.  In Acts, Christ is presented as the foundation stone laid in Zion which the builders rejected. In no other name could the salvation Israel sought be obtained. Christ is the beginning of the new people of God.

Hebrews contrasts the two mountains Sinai and Zion and makes a declaration that the saints had come to Zion. The old was passing away. The new was being received. It is important to understand the two Israel’s, noted by the two mountains. It is important to distinguish between the Zionism and the Zion prophesied to come in the New Testament. Zion is the new people of God of whom Christ is the foundation.