Why The End of the Jewish Prophets?

Why The End of the Jewish Prophets? 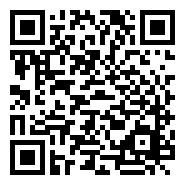 Why the end of the Jewish prophets? The Hebrew prophets, as phenomenal as they were, were of limited duration, until the prophet who was like Moses came to fulfill all that God spoke of him through the law and the prophets. The  prophetic ministry began very early in the scriptures as many patriarchs prophesied. Jude writes of Enoch, the seventh from Adam who prophesied of the end times events, (Jude 14, Gen. 5:21). Enoch was the father of Methuselah.

The first major prophet began with Moses who held the dual office of law-giver. Not all the prophets of God were as prominent or were noted through their prophetic teaching in written form. Prophets were teachers of the law of God, foretellers of the future through divine inspiration and also were able to discern and reveal the hidden past. For an example of the latter, Moses recorded the events of Genesis, including the origin of man, the entrance of sin into the world and the seed of Abraham to name a few.

Are Modern Prophets A Continuation of the Ancient Jewish Prophets?

It is almost universally taken for granted that modern prophets continue the heritage of the Hebrew prophets. This idea suggests that there is an unbroken thread of continual prophecies and prophets woven through the scriptures from the time of Christ continuing to the present day. We are treading on sacred ground. It’s also a very sensitive issue for many.

However, we must lay aside our sensitivities long enough for the word of God to break through to our hearts and minds. As the scripture says, come now and let us reason together says the Lord.

Sealing Up Vision and Prophecy

Daniel 9, records the visionary message of Gabriel who revealed to Daniel events of the last days. One of the most important prophecy passages is that of the 70 Weeks of Daniel. “Seventy weeks are determined for your people and for your holy city, to finish the transgression, to make an end of sins, to make reconciliation for iniquity, to bring in everlasting righteousness, to seal up vision and prophecy, and to anoint the Most Holy, (Dan. 9:24) 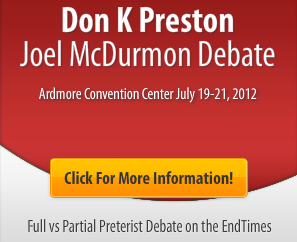 This text brings us closer to the subject of the inquiry about the Jewish prophets and whether their tradition continues to be passed down as an active office in the church. To seal up vision and prophecy is somewhat controversial but meanings almost universally accepted among scholars are:

We did not list all, or even the full quotes but simply offer the refrain of all the examples given. The words mean that the prophetic office has ceased, prophets are no longer able to prophesy and that all prophecies were fulfilled within the 70 weeks of Daniel.

False prophets generally have an ill-motive to deceive. As such the term is not used lightly. Most modern prophets are not deceivers but are deceived. In believing they are carrying on the Jewish prophets tradition, they lack sufficient knowledge and discernment of such scriptures as those above. In addition, Zechariah speaks of the day of salvation, when the Messiah had come, that it would come to pass that every prophet would be ashamed of his vision and prophecy. Why? It’s because it would not come to pass. Zechariah 13:1-5, Deut. 18:19.

In our next study of the Jewish prophets and the last days we will expand upon the fulfillment of the law and the prophets in the last days.

Tags: False Prophet, Hebrew prophets, Jewish prophets, of, the prophet
« What Is the Rapture?
Do The Prophets of God Yet Speak? »