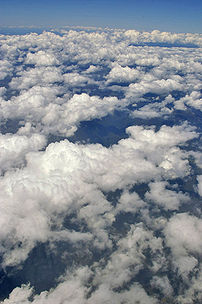 Why are people who sit around waiting for
the Rapture always disappointed at its non-
occurrence?

Why is Rapture Ready Not Ready? Maybe this story
from my grandmother will help to explain why.

My grandmother was a very good cook. She could
fry chicken that would rival Colonel Sanders drool
any day.

One of my deepest regrets is not capturing all of
those savory recipes that we enjoyed during the
time she was with us.

On separate occasions, she taught me how to bake
a pound cake, sweet potato pie, make homemade ice
cream and cook dried beans.

My grandmother also was very witty. She’d have allthese old sayings that would just pop out of her mouth at just the right time, with just the right bit of humor.

One day when I was attempting to cook something, I stood over the stove watching the pot, waiting for it to come to a boil. It seemed forever for that water to get hot enough to boil.

Once, when my grandmother caught me looking at the pot, she whipped out one of those old sayings. “A watched pot never boils.” Well, at the time, I was really a bit too young to really let that sink in.

Being the slow learner kids are at grasping old folk’s wisdom, I eventually got it after a hearing it few more times.  That saying has stayed with me. Even now when I boil eggs, I think about it. A watched pot never boils.

People who are anxious for the rapture are always looking up in the sky, calculating terrorists hits, nuclear threats, economic woes and all other bad newsworthy events they feel will give them and edge on when the rapture draws near.

Weary from waiting, many have tried to hurry it along by predicting its occurrence with frenzied and fanciful messages that would frighten Frankenstein.

Yet, nothing happens? Why? A watched pot never boils, that’s why. You see, people looking for the rapture are mislead by those who ignore plain teachings in scripture.

But, his kingdom does not come with observation, (Lk. 17:20). Well, it should not be too difficult to figure out that if he was going to return in his own generation, (Matt. 24:34), in a kingdom that would not come by observation, (visible to the eyes), that he would not be visible in that invisible kingdom.

Yet, he assured everyone he spoke to that he would come before they all died, (Matt. 16:28). Well, some just don’t believe fat meat is greasy. That’s another one of those sayings you pick up from the senior generation whose been around the block a time or two.

Why Does Hope for a Rapture Always Embarrass and Disappoint?

It’s because people who are looking for something the sky are looking in the wrong place, at the wrong time, for the wrong thing.  Christ was not coming visibly in his invisible kingdom.

He is not coming in the future to a different generation than that he promised to come to in the past while he was on earth. He is not going to descend upon one of those puffy cotton balls floating in the sky, i.e. a cumulus cloud.

So just remember, if your neck is cramped and you’re spending lots of your waking moments looking for a rapture which is never going to happen, listen to what my grandmother told me years ago. “A watched pot never boils.”

If you haven’t already, take 5 more minutes and watch that video that explains why from a biblical perspective, that the rapture is not possible.

Join our newsletter. Your information will never be sold and will remain confidential. Enter your name and email address in the space provided.