Who Is the Seed of Abraham?

Identifying The Seed of Abraham 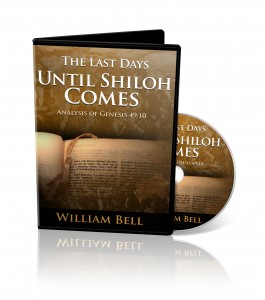 Who is the seed of Abraham? What is their inheritance according to the promise? Who are the descendants of Abraham after him and what about their inheritance? These questions sum up the entire bible in terms of God’s relationship with his people. The promise of deliverance from sin and death alluded to in Genesis 3:15, is carried through Abraham then more narrowly through Isaac and Jacob.

The Promised Seed of Abraham

God gave Abraham the promise according to Genesis 12:1-3. “Now the Lord had said to Abraham; Get out of your country, from your family and from your father’s house, to a land that I will show you. I will make you a great nation; I will bless you and make your name great; and you shall be a blessing. I will bless those who bless you, and I will curse him who curses you; and in you all families of the earth shall be blessed.”

While this text does not expressly mention the seed of Abraham it is certainly implied in that God would make of him a nation. At the time, Abraham had no children. Sarai, his wife was barren. Included in the promise of becoming a nation is the land and the promise that in Abraham all families of the earth would be blessed. The seed of Abraham must be inclusive not of one nation but all nations.

The Seed Of Abraham And Two Sons

Abraham complicated the promise by fathering a child through Hagar, Ishmael. As the older son, he was entitled to the inheritance. However, because of Sarah’s displeasure with Hagar, her bond-maid, and of Ishmael persecuting Isaac, (Abraham and Sarah’s younger son), God commanded Abraham to cast out Hagar and Ishmael. He did make some provisions for them to also become a nation, but the most important lesson here is that Ishmael would not inherit the promise with Isaac. See Galatians 4:30.

For this reason, God made certain that the promised seed of Abraham would come through Isaac, thus nullifying any claim that Ishmael and his descendants would claim that right. “But God said to Abraham, ‘Do not let it be displeasing in your sight because of the lad or because of your bondwoman. Whatever Sarah has said to you, listen to her voice; for in Isaac your seed shall be called.” (Gen. 21:12)

The Seed of Abraham and Isaac

Now it appears that all might be well to separate Ishmael, but God did not leave it here. He then commanded Abraham to slay Isaac and offer him as a burnt offering. What was God commanding Abraham to do? He ordered him to kill his only heir to the promise. According to Genesis 22:12 and Hebrews 11:17-19, Abraham did in “the spirit of obedience” offer up Isaac. This is a significant point regarding the seed of Abraham.

This symbolic act of killing Isaac meant that he could not inherit the promise as the natural born or physical seed of Abraham. In other words, Isaac symbolically died before his father, and thus he had no right to the inheritance based on his genetic connection to his father. A dead man cannot inherit anything.

However, by refusing to allow Abraham to commit the act, God symbolically raised Isaac from the dead. His life is no longer by the natural procreation of Abraham and Sarah, but he now lives solely by the power of God. “Concluding that God was able to raise him up, even from the dead, from which he also received him in a  figurative sense.” (Heb. 11:19). What is the point here? Therefore, there is no longer a physical seed of Abraham to inherit the promise. This meant that no physical descendants of Abraham through Isaac or Ishmael had a right to inherit the promise. None are considered the seed of Abraham.

This helps us to understand Paul’s words in Romans 9:6-8, namely: “But it is not that the word of God has taken no effect. For they are not all Israel who are of Israel, nor are they all children because they are the seed of Abraham; but, “in Isaac your seed shall be called.” That is, those who are the children of the flesh, these are not the children of God; but the children of the promise are counted as the seed.”

Learn more about how the promise unfolds through Abraham’s descendants in our Last Days DVD Series, a five part study video presentation of one hour each with PowerPoint slides for each presentation. See part two of this study where we continue with “Jacob and Esau and the Seed of Abraham.