When Was Christ Glorified? 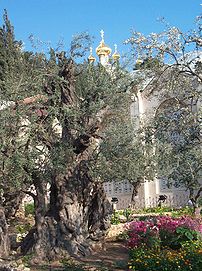 When was Christ glorified? The New  Testament
is  very clear concerning when Christ was glorified.
It was not before, but after his ascension.

The facts of the case also demonstrate that it is
not Christ’s body that was the subject of glorification.

The glory of Christ is received at his coronation, after
he returns to heaven, not before. In John 7:39, Christ’s
glory results in the outpouringof the Holy Spirit. “

But this he spoke concerning the Spirit, whom those
believing in Him would receive; for the Holy Spirit was
not yet given, because Jesus was not yet glorified.”

On the road to Emmaus, the Lord said, “Ought not the Christ to have suffered these things and to enter into His glory? (Luke 24:26). Thus, after Jesus is raised from the dead, in his post resurrection body, he has not yet entered into his glory.

If it is argued that this his body is a glorious body because it has been raised from the dead. We are reminded of John 1:14, of which the apostles testify, “we beheld his glory as of the only begotten of the Father, full of grace and truth.”

This text speaks of his earthly ministry. Thought it is doubtful that it has any reference to his physical outward appearance. His political and social rank was inglorious, despised and the cause of rejection.

When Was Christ Glorified?

For you know the grace of our Lord Jesus Christ, that though He was rich, yet for your sakes He became poor, that you through His poverty might become rich. (2 Cor. 8:3)

So, there is no more or less glory after than before. However, this is not the glory associated specifically with the eschatological end time as we demonstrate.

It is clear that Christ gave up his glory with the Father to experience the humiliation of being made lowly in the likeness of men.

In the garden of Gethsemane, he prayed, “Father, Glorify Your Son, that Your Son also may glorify You…And now, O Father, glorify Me together with Yourself, with the glory which I had with You before the world was.” (John 17:1, 5).

Paul, writing to Timothy says, And without controversy great is the mystery of godliness: God was manifested in the flesh, Justified in the Spirit, Seen by angels, Preached among the Gentiles, believed on in the world, received up in glory, (1 Tim. 3:16). Here again, we see that the scripture notes that Christ received glory at his ascension into heaven. See also Luke 24:51).

Peter affirms that the glory of Christ followed his suffering. “Searching what, or what manner of time, the Spirit of Christ who was in them was indicating when he testified beforehand the sufferings of Christ and the glories that would follow.” (1 Pet. 1:9).

He then states that God gave Christ glory after he was raised from the dead. ”Who through Him believe in God who raised Him from the dead and gave Him glory, so that your faith and hope are in God.” (1 Pet. 1:21).

Check out our book, the Re-Examination. Order using the following link. Click here now to order.