When Does Jesus Come in His Kingdom? 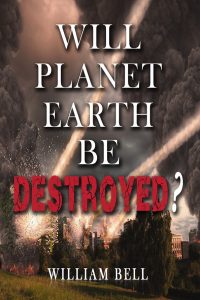 For the Son of man will come in the glory of His Father with His angels, and then he will reward each according to his works. Assuredly I say to you, there are some standing here who shall not taste death till they see the Son of Man coming in His kingdom, (Matthew 16:27, 28).

Jesus promised to come in his kingdom before some who stood in his presence died. That means he promised to come in the lifetime of those living in his day. The phrase, “some standing here,” emphatically declares that the kingdom of God would arrive before those disciples died.

This interpretation raises problems for futurists and Rapture Ready dispensationalists. Here are some difficulties they must resolve:

When does Jesus Come in His Kingdom?

This hotly debated subject need not be difficult. Obviously it is a question of time. How does a the Rapture doctrine fit in an imminent first century time frame? This is a question dispensationalists do not forthrightly answer. Jesus’ words are clear. The king would come before some standing in his presence died. In fact, all the New Testament writers taught the kingdom would come in their generation.

Dispensationalist argue that because of Jewish unbelief and the rejection of Jesus as the Messiah, God change his mind on the time of the kingdom’s arrival.

In other words, these guys acknowledge that when Jesus announced the kingdom as being at hand, it was in fact at hand per Mark 1:14, 15. But, according to them, something unexpected happened. The Jews rejected Jesus. This according to the Rapture Ready proponents skewed God’s plan.

They argue that prophecy went afoul, Jesus failed his mission to establish the kingdom, the church was offered as a substitute. However, a quick survey of key prophecies exposes the this attempt to sidestep the word of God. Was Jesus’ death an accident? Not according to Isaiah 53. God promised it. Therefore had Jesus not died, God’s plan fails. Hence Jesus affirmed his death in Jerusalem was according to written plan, (Luke 18:31).

Further, the notion that man’s unbelief can alter the fulfillment of prophecy finds no validity in scripture. “For what if some did not believe? Will their unbelief make the faithfulness of God without effect? Certainly not! Indeed, let God be true but every man a liar. As it is written: “That you may be justified in Your words, and may overcome when You are judged.” (Rom. 3:3, 4)

Why The Claim of a Postponement of the Kingdom

Dispensationalist backed themselves into the proverbial corner by arguing for a kingdom made with man’s hands. They want a kingdom of this world. They hope for Jesus to return to earth and sit upon a literal throne in the city of Jerusalem. They want at hybrid kingdom, partly like all the nations round about, but with a heavenly touch. Jesus categorically rejected an earthly kingdom. The Jews forcefully attempted to crown him an earthly king which the Lord refused.

Therefore when Jesus perceived that they were about to come and take Him by force to make Him king, He departed again to the mountain by Himself alone. (John 6:15)

Earlier, in his ministry, Jesus routed Satan on his offer to be made king over all the kingdoms of the world. Likewise, he knew the history of a “king on earth.”

According to 1 Samuel 8:5–7, Israel’s desire for a king on earth was paramount to a blatant rejection of God’s reign over them. Hosea argued that God gave Israel an earthly king in  his anger and took him away in his wrath, (Hosea 13:11). Why then would Jesus seek to anger God by proclaiming himself an earthly king? Yet, this is the heart and soul of the dispensational doctrine!

Finally, to argue that Jesus did not return in his kingdom before some standing in his presence died means that God’s word cannot be trusted. Scholars and skeptics, Christians, Muslims and Jews raise the claim of integrity against the scriptures all based upon Jesus’ promise to return in the first century.

They believe he failed because according to them, the world did not end. They are mistaken. The world prophesied to end did in fact end. The apostles claimed the end of the ages had come upon them, (1 Cor. 10:11). Jesus predicted, not the end of the planet, but the end of the Jewish age.

That age ending event occurred when Rome destroyed the city, bringing an end to 1500 years of covenantal history in the destruction of the priesthood, temple and city in A.D. 70. That is also the time Jesus came in his kingdom.