When Did the Kingdom of God Come With Power?

When Did the Kingdom of God Come With Power? 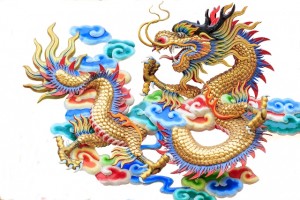 Kingdom of God Comes With Power

This subject matter in this post comes from a question in response to a video we have on YouTube. I am including a link to the video below.

Many, largely ministers of the churches of Christ who advocate futurist views on the return of the Lord, argue that the kingdom came with power on Pentecost following the resurrection and ascension of Christ.

In this view, they are following traditions with unsubstantiated conclusions. They have taken the “going away” and absence of Christ and turned it into a coming.

My good friend, Don K. Preston, has pointed out in research and countless debates without any successful counter arguments that when the Lord used the term “verily, verily, or “assuredly”, it never introduces a change of subject. Now here is what that means.

Matt. 16:27, is clearly a text of judgment. The Son of Man would come in the glory of his Father and reward each man according to his works. So, we ask, did that occur on Pentecost?

It most certainly did not.

Verse 28 is a further explanation of that text, introduced with the word “verily”. The subject has not changed. Jesus simply further clarifies his statement and demonstrates that the judgment of verse 27 would occur before some who stood in his presence died.

That is a parallel statement to Matt. 24:34, which states “this (first century) generation would not pass until they saw Jesus coming in the clouds of heaven (Matt. 24:30). See also the parallel to Rev. 22:12.

Now Matt 16:27-28 is quoted in the O.T. These Amillennial brethren believe the O.T. was fulfilled and done away at the cross, in 30AD. Will they be consistent in such view?

What Reward Did Christ Give On Pentecost?

Please tell us what reward did Christ give on Pentecost. Isa. 62:11 mirrors Rev. 22:12 almost verbatim, showing the passages belong to an end times context. Concerning the “power” spoken of in the text, (Mark 9:1), it is not the Holy Spirit to which “power” in this text refers.

See Luke 21:24-27, where the son of Man comes in a cloud with power and great glory. That is the time the saints look up to see their redemption at the arrival of the kingdom. (Lk. 21:31, all within that generation.

These texts regarding the Son of Man coming in glory and POWER are second coming texts taken from Daniel 7:9-13. This should be obvious to anyone even casually reading the context. Daniel is speaking of a judgment.

Thrones (of the enemies) are cast down. The Ancient of Days is seated (upon the throne of judgment). The description is the same as that in Rev. 1:14.

The court was seated and the books were opened for examination of the charges to be brought against the defendants. The dominion of the enemies was taken away.

That is the context of the coming of the Son of Man on the clouds of heaven.

The High  Priest Tears His Garments

The reason the High Priest tore his clothes and charged Jesus with blasphemy is because he understood that Jesus’ allusion to the prophecy in Dan. 7:13, was a claim to be the Ancient of Days, i.e. a Divine being. Hence they charged him with blasphemy and proceeded to put him to death.

Dan. 7:22 confirms that when the Ancient of Days came a judgment was given to the saints of the Most High and the time came for the saints to possess the kingdom.

The Presence and Absence of Christ and the Holy Spirit

There is no question that Jesus sent the Holy Spirit on Pentecost, and that it was the power received by the Apostles (Acts 1:4-5), but the presence of the Holy Spirit, meant the absence of Christ.

One goes, the other comes, then one comes, the other goes. That’s why you and I don’t speak in tongues, raise the dead or take up rattlesnakes or African mambas today. Yes, the Lord sent the Holy Spirit. That’s what he promised.

The Holy Spirit Carried Out the Mission of Christ

Note: “However, when “He” the Spirit of truth, has come, He will guide you into all truth. He will not speak on His own authority, but whatever He hears He will speak and He will tell you things to come. He will glorify Me, for He will take of what is Mine and declare it to you. (Jn. 16:13-14).

The Holy Spirit was carrying out the mission of Christ during Christ’s absence. So, pouring out doesn’t prove anything other than the fact that Christ sent the Holy Spirit, i.e. poured him out while he sat at the right hand of the throne with the Father.

These brethren have a manifest contradiction in trying to place Christ in heaven at God’s right hand and at the same time be present as the Holy Spirit.

It wont’ work according to the text. Read Acts 2:33. “Therefore, being exalted and having received from the Father the promise of the Holy Spirit, He poured out “this” which you now see and hear.

For David did not ascend into the heavens, but he says himself; The Lord said to my Lord, Sit at My right hand, till I make your enemies your footstool.”

Another contradiction exists in the following why quoting Matt. 24:30. That text  clearly states that the tribes of Israel would see the Son of Man coming on the clouds of heaven with “POWER” and great glory.

Is that the Holy Spirit?

What power is this? It’s the same power of Matt. 16:28, and Mk. 9:1. They are all judgment texts. These brethren acknowledge that this power comes after the Great Tribulation, which occurred before Jerusalem fell in 70AD.

Did the Holy Spirit come after the great tribulation?

We conclude that the Kingdom of God came with power in the destruction of Jerusalem in 70AD which is precisely what the Bible teaches, Lk. 21:27-31.