When Did God Fulfill The Torah, -the Law, Prophets and Psalms? 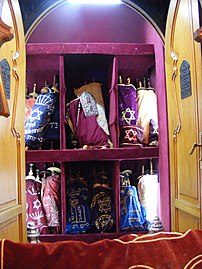 In this, the third study, attention is focused on
the words of Christ in Luke 24:44–47. This text
had a profound impact on my studies when I
began writing on it over a decade ago.

Those who believe the end time events are yet
future, do not readily recognize or acknowledge
the implications of that conclusion.

For example, the Dispensationalists assume that
the law has not yet been fulfilled. They are at
least consistent in their reasoning on that point.

are fulfilled. Thus to accept that the law is fulfilled wipes out their entire millennial theory, Rapture and the whole shebang of Dispensationist doctrine.

On the other hand, many Amillennialists take the position that the law was fulfilled and removed at the cross. They see God’s purpose for fleshly Israel completed when Jesus died, thus, Old Testament prophecy undergoes a conversion and becomes new New Testament prophecy.

However, their inconsistency is not recognized because they do not view the prophecies of the endtime in any way related to the Old Covenant. In the cases where they do, they affirm that the law remains until Christ returns.

However, this position is usually assumed under pressure during debates as has been our experience in the past.

After his resurrection, Christ reminded his disciples that all things written in the law of Moses had to be fulfilled.

“Then he said to them, “These are the words which I spoke to you while I was still with you, that all things must be fulfilled, which were written in the Law of Moses and the Prophets and the Psalms concerning Me.”

Why does Christ include the Law, Prophets and the Psalms? It’s because he understood as well as taught that all things meant exactly that, —all things.

Eschatology – The Law Prophets and the Psalms Fulfilled?

“And He opened their understanding that they might comprehend the Scriptures.

Then He said to them, “thus it is written, and thus it was necessary for the Christ to suffer and to rise from the dead the third day,

and that repentance and remission of sins should be preached in His name to all nations, beginning at Jerusalem.

The First Major Division – Christ Had to Suffer and Die

Jesus broke the subject matter down into three major parts. First he says in order to fulfill the law, he had to suffer. The suffering of Christ was finished when he he bowed his head and gave up the spirit as recorded in John 19:30.

However, unless we are totally dishonest unwilling to read and reason any further, that was not the end of the Old Testament prophecies.

The Second Major Division – Christ Had to Rise From Death

First, it must be understood that Jesus death was a prophecy of the law being fulfilled. Secondly, his resurrection is the same. However, one small problem. His resurrection took place a fews days after he died.

The same law that prophesied his death, prophesied his resurrection. How could the law be fulfilled when the resurrection was yet future to the cross. These are the questions which are not satisfactorily answered by those who cite the Old Covenant passing away at the cross.

After stating that Christ had to rise from the dead, Christ adds “and” that repentance and remission of sins should be preached in name among all nations beginning at Jerusalem.

What is interesting in this division of the text is that Christ quotes from the very book which Paul called the law. Remember, in part two where Paul in 1 Cor. 14:21, cites Isa. 28:11 as the law?

That is the same book from which Jesus quotes per verse 47. It is a quote from Isaiah 2:3–4. The law of God which goes out from Zion is the gospel. It began at Jerusalem on Pentecost, some 50 days after Jesus died.

Following the worldwide preaching of the gospel, God’s meted out judgment, as the prophet stated. He shall judge between the nations. Hence Christ said the gospel had to be preached to all the nations, then the end would come, Matt. 24:14.

Thus, the great commission, cited here by Christ and elsewhere fulfilled the law. Further, all nations included more than the Jews on Pentecost, it likewise included the Gentiles.

James cites Amos 9:11, as the prophecy God fulfilled in bringing in the Gentiles at the house of Cornelius. Paul quotes from Deuteronomy 32, in Romans 15:10, 26. (Deut. 32:43) All of these prophecies, Christ said had to be fulfilled before the law could pass.