What is the Kingdom Christ Rules?

What Is the Kingdom? 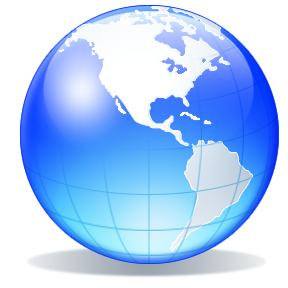 What is the kingdom

For many, this means that Christ would return to earth to sit upon a literal throne in Jerusalem.

They do not understand how God can rule over the nations and at the same time not have a physical presence on earth.

Others believe that since the verse above refers to the end times prophecy of ruling over the nations, they assume that all the nations must be inside the kingdom.

What is the Kingdom?

According to a simple definition of the word basilea, (Greek for kingdom) it means a rule or reign.

The descriptive phrased ‘of God” denotes possession as in ownership. Thus it is the rule or reign of God.

God’s reign is within the hearts of man, not geocentrically located in the Middle East.

Jesus told Pilate that his kingdom was not of this world, i.e. not an earthly kingdom, not of Jewish origin and not of an outward tangible physical nature. (John 18:36)

Ruling Over the Nations

In Revelation, the text says that Christ would rule over the nations with a rod of iron. It is assumed that all nations would one day be subject to the rule of Christ.

The interpretation is that when this verse is fulfilled there will be no non-believers in Christ or if they are, God will universally accept them as His.

Thus, until all the world fall under the rule of Christ, Bible prophecy is yet to be fulfilled. Obviously, those who hold this view do not believe that it is, so they argue for the yet  future fulfillment of the text.

On the other hand there are those who believe all prophecy has in fact been fulfilled. And if so, the only option is Universalism. Otherwise, how can God rule over all the nations?

Revelation 21:24 says the kings of the earth are bringing their glory into the kingdom. This establishes that the kingdom is present while men are on earth.

However, verse 27, says that by no means shall anything enter it that defiles it or causes an abomination or a lie but only those who are written in the Lamb’s Book of Life.

This text could just have easily read, “everyone shall enter into it.” Then we’d have a clear teaching that all are within the kingdom without exception.

However, in Revelation 22:14-15, those who enter are those who do the commandments of God, i.e. are obedient to him. Those who are not are per verse 15, on the outside. How can those “outside” be “inside?” Sounds like a small problem.

Thus in answer to what is the kingdom and the reign over the nations, we believe God reigns only over the nations who obey him. Nor do we take this to refer to the nations of the world as though they would some day submit to Christ.

While that is a hope and dream, it likely will not occur. The rule over the nations began when the kingdom came in 70 AD and all nations have the opportunity to flow into it.

What is the Kingdom?

It is a kingdom which is within you, that is within all who obey Christ.  See end times prophecy for more on what is the kingdom in which God rules over the nations.

Tags: kingdom is within you, Kingdom of Heaven, the Kingdom, what is kingdom
« Foreknowledge and Predestination
Prophecy End Times Message Raises Questions »