Vengeance is Mine I Will Repay

Vengeance Is Mine I Will Repay? 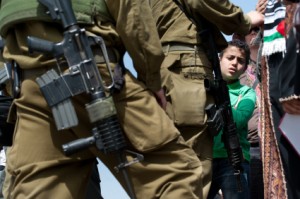 To whom were the words, vengeance is Mine I will repay says the Lord spoken? What does it mean? The words are taken from the Song of Moses in Deut. 32:35.

It is quoted often in the New Testament, both by Christ and his apostles to refer to the retribution upon apostate Jerusalem in the last days.

There were three main reasons God sought to take vengeance. We can learn from these reasons given to Israel in her last days.

Reason 1: Vengeance is Mine I Will Repay For the Crucifixion of Christ.

Moses prophesied of God’s promise to raise up a prophet from the midst of Israel in whom he would place all his words. To every soul who would not hear that prophet would be cut off from the among the people,i.e. vengeance is mine I will repay, Deut 18:15-19.

When John, the immerser came, the Jews sent priests and Levites from Jerusalem to get the official word of who he was. They asked whether he was the Messiah, Elijah, or “the Prophet” of whom Moses spoke?

Later, the Pharisees also dispatched their own delegation to inquire why he was baptizing and by what authority he was carrying out his evangelical campaign. They wanted to know the same answers, namely, are you the Christ (Messiah), Elijah, or “the  Prophet” of whom Moses spoke? John, denied on both occasions.

Why were they inquiring about “the Prophet” and Elijah and the Christ? They knew that according to the 70 week prophesies of Daniel, it was time for the Messiah to appear. They had great expectation for him. They also knew that Elijah’s mission would prepare the way of the Lord  and precede the great and terrible day of the Lord. However, the Prophet would bring a message of salvation and vengeance. Salvation to the believing remnant and the prophetic message of judgment, “vengeance is mine I will repay, says the Lord, ” Matt. 23:34-36; Luke 21:22.

Reason 2, Vengeance is Mine I Will Repay for Persecution

After murdering Christ, the Jews continued their attack on Jesus’ disciples. As they persecuted them from city to city, they fulfilled the words of Christ above. Christians suffered immensely at their hands and were finding it hard to turn the other cheek. Yet, Paul writes, “Beloved, do not avenge yourselves, but rather give place to wrath; for it is written, “Vengeance is Mine I will repay,” says the Lord.

In this text vengeance is mine says the Lord is the eschatological watchword for God’s divine visitation upon the persecutors in Israel, 1 Thes. 2:14-16.

Reason 3 Vengeance is Mine I Will Repay For Impenitence

God’s love for Israel was yet strong in spite of their ill treatment of Christians. He desired them to be saved. His long-suffering proved that he was not willing that any should perish. However, they refused. “For we know Him who said, “Vengeance Is Mine I will repay,” says the Lord. And again, “The Lord will judge His people.” (Heb. 10:30).

In each of these texts, they quote Deut. 32, vengeance is Mine I will repay showing its first century application to Israel for rejecting Christ, persecuting the saints and for refusing to repent. Read more details about of how God prophecy vengeance is mine I will repay applies in our book, the Re-Examination,  a great beginner study for those new to fulfilled eschatology.