Update on the Simmons-Bell Debate 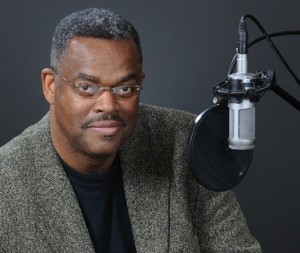 Almost as soon as the Simmons-Bell Debate got under way in preliminary discovery and clarification questions, it shut down. By the way, if there is any doubt about what I write here, there were two witnesses to the exchanges between Kurt Simmons and myself. In addition, you may listen to the most recent “Two Guys and A Bible Broadcast” (October 23, 2012) where we discuss some of what occurred as I relate below.

Explain the separation Adam is alleged to have suffered the day he ate (was it legal/juridical, moral/spiritual, actual/personal/visible, figurative/metaphorical, etc?) and how deliverance from this separation was consummated at Christ’s Parousia in AD70, and what it entailed.

Kurt annotated the question with the following words: “I appreciate your good faith, full and prompt reply. You may begin sending me questions any time you like.”

I responded to the question, the very same evening, sending my reply at 12:50 a.m. central, the morning of the 20th, which means I had given the question some careful thought. Since it contained twelve distinct parts, I answered each of them without complaint or  hesitation. My complete and full response to the question follows next:

“God told Adam, the day you eat you will die. Adam transgressed God’s commandment, (Gen. 2:16-17)  and he died not physically,  i.e. not biologically, (not 4 or 5 different deaths) but one death,  the nature of which was spiritual, moral, legal and as a necessary outcome bondage in Sheol/Hades at the end of his natural life, (Jn. 8:21, 24).

Adam’s death was actual or real in that it happened as inspiration says it did. It is covenantal and personal in that Adam was under the covenant God made with him personally and of which he accepted the terms. His death was “visible” only from the perspective of the “eyes of our understanding” through the hearing of the word of God (Rom. 10:18) by which we see spiritual things (Eph. 1:18).

Adam’s death is not figurative/metaphorical in that it has some mystical esoteric meaning with the net effect that he did not die the day he ate. Spiritual death is real death, with real consequences requiring a real remedy.

Deliverance from the death of Genesis 2:16-17 as explained above is remedied through the fulfillment of the promise of Christ who crushes the one who has the power of death per Gen. 3:15, and corresponding N.T. texts, delivering those who were held captive by it through the initiating and consummative redemptive work of the Christ via the cross and the Parousia in raising those who were under condemnation of sin and death (living and the dead) by the eschatological Spirit poured out in the last days per Joel 2:28-30; Acts 2:16-20; through faith in Christ, 1 Cor. 15, Heb. 11:39-40, granting them eternal life.”

After submitting this response to Kurt’s question above, he replied that I had not answered his question. He said that he did not ask about death, but about the “separation” Adam suffered, the day he ate. He claimed that my response had “vague allusions” about how the separation ended at Christ’s coming but that I never defined how that separation occurred.

He went on to say that my answer consisted of “heaping up trite platitudes about those who were held captive to it” [sin-death?/separation] through the initiating and consummative redemptive work of the Christ.” He also said, no one reading my answer could actually say what happened in 70AD that ended the separation. Simmons then asked “was the Old Law removed, was the Atonement complete? Did justification first enter? What?”

First, I didn’t see anything in his initial question about the Old Law being removed, about the Atonement being completed in particular or when justification first entered.

Secondly, my proposition defined very clearly what Adam’s separation was, i.e. sin-death, the day he ate. I gave several passages including those Simmons used to define sin-death and separation which he called “estranged” from God. Webster’s Dictionary defined estranged as “separation”. Later Simmons charged I didn’t even use the word “separation ” in my reply!

I pointed out that the defeat of the death (separation from God) which Adam suffered occurred through the initiating and consummative (beginning and end) of Christ’s redemptive work through the cross and the Parousia by the work of Holy Spirit and faith granting the saints (dead and alive) eternal life.

Here is my proposition once again, clearly indicating, how I define the death of Adam as sin death and separation from God’s Presence.

My proposition defines the eschatological resurrection as “deliverance from sin-death” which I further define as “separation from God”. That is the death Adam suffered the day he ate, not biological or physical death, but sin-death.  The day you eat you will die. God said “your sins have separated between your and your God”… Isaiah 59:1-2. He also said to living saints in Ephesus, “you [living folk] who were dead in sin, he made alive having forgiven them of all trespasses.” Again, he said, “she who lives in [sinful] pleasure is “dead” while she lives” 1 Tim. 5:6.

That is precisely what occurred with Adam. He was “dead” in sin, while he physically lived. That is how I defined his separation. Apart from the death of Christ, Adam could not be redeemed from sin. He remained separated in life and death (confinement or “sequestered” in Hades to use Kurt’s terminology) until Christ died and for a few years beyond until 70AD since the resurrection of the dead ones did not occur until the fall of Jerusalem in 70AD. Kurt agrees dead saints were not released from Hades until 70AD.

I took it that Kurt would read the verses above, but I know that he already knows what they say without having to look them up because they are quoted in his newsletter on the same subject. See The Sword & The Plow, October 2009.

I submitted the following question as my first question to Kurt. It too was a multi-part question just as his was. He never answered. He never wrote one single word. To this day 12:21 a.m. October 24, he has not submitted his answer.  He even wanted to change the rules of the debate. He wanted to dismiss ALL QUESTIONS! He wanted to flip a coin to see who would give the first affirmative speech after he requested and agreed to be in the affirmative.

He repeatedly challenged me to a debate and now he refuses to even answer my first question! Here is that question but first let’s get his proposition before you again, so you can see how devastating the question is to what he wanted to affirm in the Simmons-Bell debate. This question that follows is critical to anyone who wants to challenge the view that Christ is the Resurrection and the Life. It is an indictment against all IBD and biological resurrection views allegedly taught in 1 Corinthians 15.

What does it mean to sow the dead ones and when and how are/were they sown that they die per 1 Cor. 15:35-36? Be specific and answer yes or no for all that apply.

Kurt believes and teaches that the eschatological resurrection in no way involved the living or justification from sin-death, [the very death Adam died and for which Christ was promised, Gen. 3:15] and consisted solely in the realm of the spirit (the afterlife) involving the release of the spirits of the dead in Hades.

So, we are waiting for him to tell us how the spirits in Hades are released from its grip without being justified from sin? When were they justified, how and by whom? Paul said, speaking of the dead ones, “But some man will say, how are the dead [ones] raised up and with what body do they come? Foolish one, that which you sow is not made alive unless it dies?” (1 Cor. 15:35-36)

Does not 1 Corinthians 15 teach a concurrent or simultaneous “dying and rising” as the resurrection process? Isn’t that what sowing a seed that it may die and produce grain means? It is being sown in weakness, it is being raised in power. Isn’t that affirmed of the dead ones while they are in Hades? If the dead ones were not in Hades, were were they (1 Cor. 15:55-56)?

If they were already physically dead, how did they die after they were physically dead and to what did they die? Did they have a physical body of flesh and blood in Hades that needed to be sown, so it could die and be raised? Can the IBD folks work this out for us? If they were not yet in sin, why were they yet in Hades? Thus, how did the dead ones die to sin after they died physically? How could they die to sin, without being sown “in Christ”? Why do IBD advocates and futurists always down play the significance of Paul’s seed sowing analogy? Why do they use an analogy about the dead ones, to talk about the death of living bodies?

What kind of death had the firstfruits died that made them the representative guarantee and pledge of those who were in Hades needing to be justified from sin?

Simmons-Bell Debate Ended Before It Began

Now look at Simmons’ proposition he wanted to affirm and look at my questions and you can see why he won’t answer a single question and why he does not want to continue the debate.  At present, the Simmons-Bell debate is off until I receive an answer to my submitted question to which he agreed to rules that he would answer.