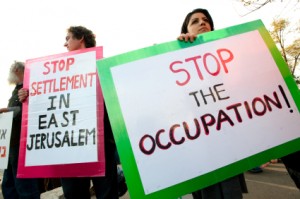 Ultra Zionists refer to the documentary by Louis Theroux to shed light on the political zionist state of Israel.  He documents the illegal settlements in Israel by those who believe they have a God given right to the land in Israel forever. This is the same argument John Hagee, a “Christian Zionist”uses to defend the actions of Ultra Zionists.

The main problem that many face in understanding Zionism is the failure to distinguish between religious zionists, political zionists and Biblical zionists. This is an attempt to bring about clarity in distinguishing these views.

Religious Zionism is the teaching of Judaism. This is the covenant God made with Moses in Sinai. It consisted of the many laws (over 600) which God gave to Israel as he led them out of Egyptian bodate.

These Jews are religious and live by the Torah or the parts of it which they can keep without a temple in which to practice the priesthood and sacrifices.

As it relates to the land, they understand that through God’s divine judgment, they have been expelled from the land and live in exile. As such they are not to forcibly reenter the land. They await the coming of the Messiah to restore them.  They believe they are to live in peace with the nations among whom they are dispersed. They oppose the violence and policies of the Ultra Zionists and view the present events in the state of Israel a violation of Torah.

The Distinction Between Political Zionists and Religious Zionists

Political Zionists claim a right to the land on based on the “Balfour Declaration” which allotted land to European Jews allegedly as a response to the Holocaust. The alleged goal was a homeland, but the ultimate intended goal was the complete removal of the Palestians from their land.

Because of Hagee’s stance and support, Benyamin Netanyahu made the following statement reported in the Jerusalem post:

However, when the critical distinction between Zionism in the Bible and political Zionism is understood, the message of Hagee is seen to stand on a flimsly stack of cards.

Biblical Zionists have no interest in the land of Israel as an inherited promise of God. They understand that Abraham’s faith was not in the physical country of Palestine. Rather, he looked for the city which had foundations whose builder and maker is God.

That land is spiritual and refers to the Kingdom of Christ. We will establish this in future writings. For the present, you may take notice of one text. Jesus understood very clearly the aspirations of political zealots in his day. He refused to accept their invitation to make him a king on earth, saying that his kingdom was not of this world, (Jn. 18:36).

In a complete renunciation of a geo-centric homeland for Israel, he said, “Woman, believe Me, the hour is coming when you will neither on this mountain, nor in Jerualem, worship the Father.” (Jn 4:21). In the next segment on Christian Zionists we will explore more Bible evidence.