Are the Twelve Tribes of Israel The Chosen People of God?

Are The Twelve Tribes of Israel the Chosen People of God? 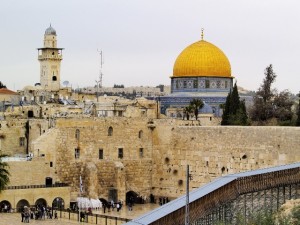 The above question is at the heart of the Dispensationalists claim of Israel’s uncontested privilege as the people of God and claim to land given by covenant in the Bible. That the Israelites were chosen in the Bible is not questioned. The real questions are how, and for what purpose?

Israel was chosen, not as mistakenly believed, to be an ethnic nation, but a holy nation. Holy does not mean ethnicity. It means a people separated for the work and service of God. While the descendants of Abraham may be considered an ethnic people, Abraham’s covenant family were not exclusive of his offspring. Some of his “family” were servants bought with his money.

“He who is born in your house and  he who is bought with your money must be circumcised, and My covenant shall be in your flesh for an everlasting covenant.” (Gen. 17:12). Circumcision, not ethnicity or genealogy was the “sign” of the covenant people.

In addition, at the time of the Exodus, others went up from Egypt with the Israelites. Some may have been Egyptians or other peoples enslaved by them. “A mixed multitude went up with them also, and flocks and herds – a great deal of livestock.” (Ex. 12:38). Once again, the people of Israel were not exclusively ethnic.

This question is partly answered in Deut. 7. The primary reason for prohibiting intermarrying with the nation was not based on ethnicity. After all, God approved the marriage of Moses to an Egyptian. Not even this marriage can be regarded as “interracial” for the ancient Egyptians and Israelites had common ancestral origins in the Northern people of Africa as descendants of Shem and Ham. Shemites are the Ludite peoples who often joined forces with the Ethiopians of Northern Africa. The latter were descendants of Ham and brothers to Mizraim or Egypt. These facts have serious impact on the ethnic claims of Israel with evidence from the Hebrew Bible.

The primary reason for prohibitions against intermarrying with the surrounding nations centered on the threat of idolatrous influence. Abraham came from those who were idolaters as evidenced from Laban’s hot pursuit of Jacob to recover his idols which Rachel had stolen, (Gen. 31:30-34, Josh. 21:15).

Moses commanded Israel not to intermarry with the surrounding nations for that very reason. “Nor shall you make marriages with them. You shall not give your daughter to their son, nor take their daughter for your son. For they will turn your sons away from following Me, to serve other gods; so the anger of the Lord will be aroused against you and destroy you suddenly. (Deut. 7:3-4).

In the time of Nehemiah, Israel disobeyed God. They intermarried with idolatrous women. “In those days I also saw Jews who had married women of Ashdod, Ammon, and Moab. ” They were forbidden because the pagan women caused them to sin, Neh. 13:23, 26-27. However, Boaz married a Moabitess who was faithful to Israel’s God. Ruth refused to go back to her own idolatrous gods, (Ruth 1:16-17; 4:10).

Israel Warned To Be Obedient

God’s choosing of Israel was for the  purpose of their obedience to the covenant. They were to be a light to the nations. If they failed, he would drive them out of the land and destroy them as he did the nations before them. (Deut. 8:19-20).

By the time of Christ, the twelve tribes had been reduced to two, Judah and Benjamin, in southern Israel. The united kingdom divided following King Solomon’s death. Jeroboam, ruler of the ten tribes to the north introduced idolatrous worship in Dan and Bethel. He separated the northern tribes from the central worship center in Jerusalem. As a result, God disinherited them, casting them off and sent the Assyrian army to punish them by carrying them off into captivity in 721 B.C. See Hosea. The Assyrian government also removed the remaining inhabitants of the northern kingdom from the land, replacing them with foreigners (Gentiles) from Babylon, (Iraq) Cuthah, Ava, Hamath and Sepharvaim, and placed them in the capital city of Samaria, hence the Samaritans of which we read in the N.T.  See 2 Ki 17.

Later, God would punish Judah also at the hand of King Nebuchadnezzar and the Babylonians, carrying them off into captivity, 586 B.C.. However, they returned to the land under the Persian King, Cyrus.

Warned Again in the Time of Christ

Was This Israel’s End?

No. Israel, according to the Bible, true Israel has never been an ethnically defined people. According to Romans, true Israel was always defined by faith, not DNA, nor manufactured DNA. “But it is not that the word of God has taken no effect. For they are not all Israel who are of Israel, nor are they all children because they are the seed of Abraham; but, “in Isaac your seed shall be called.”  That is, those who are the children of the flesh, these are not the children of God; but the children of the promise are counted as the seed.” (Rom. 9:6-8)

We must also be careful not to overlook the attempt to claim DNA through Isaac. First, this has the net effect of contradicting Paul’s statement in Romans that natural descent from Abraham is not regarded as establishing Israel. But the Genesis record takes this repudiation of DNA even further by God’s charge to Abraham to sacrifice his own son. The significance of this point should not be underestimated. Abraham, had sent Ishmael away from his house. Isaac was his only heir. To put him to death was in fact the equivalent of cutting off his inheritance to the kingdom and promise of God to bless all nations through him.

If Abraham’s concern of having no seed prior to Isaac’s birth was an issue, how could it not be an even greater problem once the lad was sacrificed? In other words, Abraham’s act of sacrificing Isaac on Mt. Moriah had the net effect of cutting off his DNA to the promise.  How then is Isaac Abraham’s seed?

This question is answered in Hebrews 11:17-19, where it is said, that “by faith” Abraham offered up Isaac (meaning in his own mind and action, he killed him). It was God who stopped Abraham. However, God acknowledging the intent and action of Abraham pronounced Isaac as dead. That means his fleshly or blood-connection, i.e. DNA relationship to Abraham was permanently cut. There is no connection therefore of the Israel’s DNA to the fulfillment of the promise.

But God raised Isaac from the dead (figuratively speaking) and thus, Isaac lived only by promise and the power of God. Jesus becomes the anti-type because he too was cut off, i.e. put to death in the flesh (Rom. 1:3-4; 1 Pet. 3:18) and raised in the Spirit. Hence, Christ is the new Israel. For this reason, all who believe in Christ, (Jew or Gentile) are sons of God and inherit the promise made to Abraham, (Gal. 3:26-29).

The Twelve Tribes of Israel Chosen In Christ

This brings us to Ephesians 1 where scripture teaches us that Israel was chosen “in Christ”. In other words, the new position for Israel is not in the land of the ancient  people, but in the Man, Christ Jesus. “Just as He chose us in Him before the foundation of the world, that we [Jews] should be holy and without blame before Him in love, having predestined us to the adoption as sons by Jesus Christ to himself, according to the good pleasure of His will. (Eph. 1:4-5).

This is why the N.T. speaks of “adoption”. Israel had to be adopted through obedience to Christ, to become sons of God. See also Gal. 4:3-7. However, it is not exclusive. The mystery of God was that Gentiles also enjoy that privileged relationship in Christ as God is no respecter of persons. For in every nation, he who works righteousness is accepted of him, for Jesus is Lord of all. (Acts 10:34-36).

Ephesians chapters 2 and 3 set forth this unity of Jew and Gentile as the mystery of God kept secret before the Jewish age began. Christ brought peace by destroying the “wall of separation” between Jew and Gentile. “For He is our peace, who has made both one, and has broken down the middle wall of separation, having abolished in His flesh the enmity, that is, the law of commandments contained in ordinances, so as to create in Himself one new man from the two, thus making peace, and that He might reconcile them both to God in one body through the cross, thereby putting to death the enmity.” (Eph. 2:14-16).

To continue the point in chapter 3, Paul adds: “That the Gentiles should be fellow heirs, of the same body, and partakers of His promise in Christ through the gospel.” (Eph. 3:6). Thus, there are no claims of ethnic superiority or chosen people above the rest. Faith and righteousness are yet the determining factor of God’s chosen people. James write to the twelve tribes of Israel and emphasizes faith.

If other countries can eliminate homelessness, racism, unemployment and wars of aggression, why can’t all? A tree is known by its fruit.

The Twelve Tribes of Israel