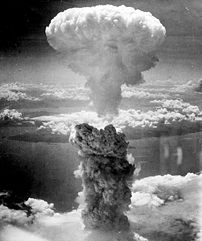 To accept the doctrine of Premillennialism involves the acceptance of certain views. We refer to these as the Three Assumptions of Premillenialism. That in no way means that these assumptions are limited to three for we believe many more can be cited. However, these are selected solely for the purpose of this brief writing.

Premillennialism Assumption No. 1: All Prophecy Must Be Literally Interpreted

This assumption, advanced with evangelistic fervor ignores the genre of literature of the Old Testament prophets. They often spoke in metaphor and hyperbole, using many different figures of speech to get their messages across. Such language is evident in Isaiah 19:1 which speaks of the Lord riding upon a swift cloud and coming in judgment upon the Egyptians. This language is a pattern of the apocalyptic literature which discusses the overthrow of nations.

Other examples are found in Isaiah 24 which speaks of the destruction of “heaven and earth” or Jerusalem and Isaiah 34 which speaks of Edom. The prophecy of the fall of Babylon in Isaiah 13 is widely accepted as figurative language. Those who would make such prophecies literal are forced to a conclusion which is unnatural for it would mean that the world had literally been destroyed several times in the past.

Premillennialism Assumption No 2: Christ Returns Before the Establishment of the Millennial Kingdom

The millennium comes from the Latin word, Mille and means a thousand. It is found in the book of Revelation, chapter 20, occurring some seven times in the first few verses. The assumption of literal interpretation creates the idea of a literal millenium.In other words, Premillenialism is the belief that Christ will return before the 1000 years millennium begins to set up His Kingdom.

However, the parable of the Nobleman’s son (based on a true occurrence in Ancient history), states that a certain nobleman went into a far country to receive for himself a kingdom and to return. He left his servants to occupy his estate carrying out its business until he returned.  While away, receiving the kingdom he is rejected by His citizens. They say, “We will not have this man to reign over us.”

Premillennialism: Assumption No. 3.  The Coming of the Lord is Yet Future

The parable of the nobleman sets forth the kingdom as arriving within the lifetime of the servants who were left to occupy and carry out the king’s business. There is no possibility of their living for a literal thousand years between his going away and his return. Nor, does it separate a time between the rewarding of the servants and the judgment of the wicked. Thus Premillennialism has an arbitrary chronology for the coming of the kingdom.

According to the words of Christ, he would establish and come in his kingdom before some then living died, (Matthew. 16:28. That can only be properly interpreted to mean that He would come within their generation that is, before they all died. Such a fact renders impossible the conclusion that Christ’s return is yet awaiting fulfillment.

To build a doctrine for a future return of Christ ignores the metaphorical language of scripture. It over exaggerates the messages of the prophets, turning their language into that which is beyond belief. The 1000  years reign of Christ is that which must fall within or during the lifetime of those on earth.  Jesus illustrates this in the parable of the nobleman in that his servants are the same one to whom he delivered his goods. His enemies are the same ones who rejected His reign.

The Lord came before all in His generation died. He returned having received the kingdom, not to await a millennium or the end before the end, but at the end spoken of by the prophets in the first century.