Is the Second Coming in 2 Timothy Imminent?

Is the Second Coming of Christ Imminent? 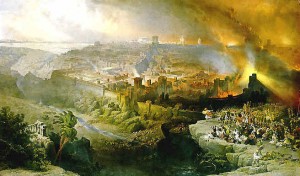 Do the scriptures in 2 Timothy teach an imminence about the second coming? Do you remember what you were doing in September 1988? Edgar Whisenant had published that
Christ would return in September 11–13, 1988.

The prediction failed. Believers felt deceived. The world was disappointed. Whisenant was embarrassed.  Are you disappointed at failed predictions?

The following will show why all future predictions bring disappointment and how they can be avoided. Four dimensions of Christ’s return found in 2 Timothy are, the judgment, the resurrection, the appearing, i.e. second coming of Christ, and the eternal kingdom. “I charge you therefore before God and the Lord Jesus Christ, who will judge the living and the dead at his appearing and his kingdom.”

The Second Coming of the Lord was Imminent

One of the most important issues involved in a study of the Lord’s second coming is that of time. The above English rendering dilutes the force of the original language. Here, it expresses a simple future. In the original, the writer speaks more precisely regarding time. He uses the world “mellontos” which means “about to be.”

In other words, the text more literally reads, that Christ was “about to” come within their lifetime. This fits perfectly with statements made both by Christ and his apostles concerning the nearness of his second coming. The Lord promised that the first century generation would yet be alive when he returned. “Assuredly, I say to you, this generation will by no means pass away till all these things are fulfilled,”(Matt. 24:34)

Other terms were “in a very little while,” (Heb. 10:37), and shortly to come to pass,(Rev. 1:1; 22:6, 10). This language of imminence has so baffled commentators and scholars that many of them claimed that Christ and his apostles were mistaken.

God does not lie. He cannot. (Tit. 1:2; Heb. 6:18) The problem demonstrates man’s failure and unwillingness to properly exegete (interpret) Bible prophecy. The many failures of futurist predictions such as Edgar C. Whisenant’s ” 88 Reasons Why the Rapture Could Be in 1988′”, should give considerably pause to all future date setters. According to the Lord and the apostles, the dates are pointing in the wrong direction. The second coming is not future but past.

Imminence Applies to All Particulars of Christ’s Second Coming

The matter of imminence governs each aspect of end time prophecy. The statement of 2 Timothy 4:1, addresses the judgment, resurrection of the dead, the appearing or Parousia (presence) of Christ commonly known as the second coming and the establishment of the everlasting kingdom.

Since these matter were “about to” occur, “at hand,” imminent and “shortly to come to pass” in the first century they demand that we look back in history for the second coming rather than with speculative eyes in the future.