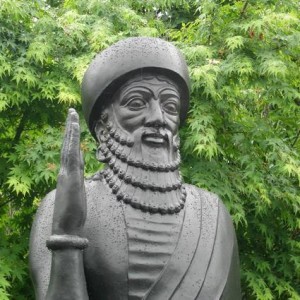 The Obama Antichrist Myth continues to baffle the uninformed. There are so many rumors and untruths floating around cyberspace on the end times. Not the least is the Obama Antichrist myth. How and why people get sucked into these sink holes of false prophecy and understanding is directly related to the futurist views.

Those who peer down the crystal ball of the future and listen  to too many TV evangelists talk about the doom and gloom of the end fall prey to such doctrines as the obama antichrist myth. This question ought never be raised by people who have been to Sunday school at least twice in their life.

The obama antichrist myth is getting a little steam from a video on you tube. The author suggests that Jesus referred to the Antichrist in Luke 10:18 and Isaiah 14:12. He suggests that the evidence from the Aramaic scriptures and the ancient Hebrew leads one to the name Barack Obama in those passages. This is shameful. First, Isaiah 14:12, speaks of the king of Babylon.

In fact, he was the king who burned the temple to the ground, destroying Jerusalem in the sixth century B.C. He wanted to be like God, as Isa. 14:14 expresses an aspiration. He boasted that his success and wealth came through his own power until God taught him a lesson in humility.

When Christ quotes Luke 10:18, he is looking forward. It is a future prophecy but not in His far distant future. He described an event which would shortly occur. Paul wrote that God would shortly crush Satan under the feet of the Roman church , i.e. within the life time of the first century Christians, Rom. 16:20). Where is the proof that Barack Obama is the antichrist?

Obama Myth and the Internet

The internet continues to show a steady interest in the obama myth. Why is the idea that Barack Obama is the antichrist any more significant than Martin Luther, Mussolini, or Hitler? The crowd was wrong then and it is wrong now. Time proved that all who jumped on those band wagons were liars. Scripturally the obama antichrist myth cannot be  sustained.

A casual search of the internet demonstrates how trivially some handle the scriptures. The obama antichrist myth would never have gotten started had 1 John 2:18-19 been read and understood. The antichrist is one who denies Jesus had come in the flesh. There were in fact many antichrist’s already in the world. They infiltrated the church for a while then left it. But the time was clearly the first century and said to be the last hour. Unless Barack Obama is almost 2000 years old, he cannot fulfill the whims of those who perpetuate the Obama antichrist myth. For more in depth study, get a copy of Is Obama the Antichrist?