The Law of Moses in 2 Corinthians 3

The Law of Moses in 2 Corinthians 3 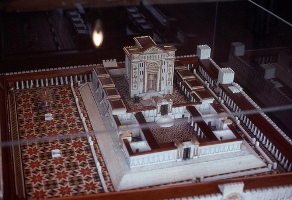 The Ministration of Death

No discussion on the fulfillment of eschatology should omit the study of the Law of Moses in 2 Corinthians 3. It is such a rich text on the background of Israel’s experience under Torah, the events of Sinai and their application to a then present transition. In most Amillennial studies, the law of Moses ends at the cross, is completely fulfilled then, with nothing to be heard of it from that time forward.

This is the view of most. In their defense of that  position, texts from John 19:30, Eph. 2:15, and Col. 2:14 are cited as proof that all was fulfilled at the cross. According to them, God at that point completed his covenant promises to Israel. Everything from that time forward related only to the church. Can the Law of Moses be packed into such a restricted and limited time frame? Not if 2 Corinthians 3 has anything to do with that discussion.

The Law of Moses and the Glory on Moses’ Face

“But if the ministry of death, written and engraved on stones, was glorious, so that the children of Israel could not look steadily at the face of Moses because of the glory of his countenance, which glory was passing away.” (2 Cor. 3:7).

In the historical case and after Moses had received the tables of testimony from God in the mount, he descended to rejoin Israel at its base. But his face was transformed so that it shone. Both Aaron and the people of Israel were afraid to come near him. They asked him to put a veil over his face whenever he spoke to them after meeting with God. Their fear prevented them from looking at his face. (Ex. 34:29-35)

According to Paul, this glory which was on Moses face was passing even at the time Israel looked upon it. It was not a permanent. Nevertheless, the only way they would meet with him was if he wore the veil.

The Law of Moses, the Ministry of Death

The covenant Moses received, Paul says, constituted a ministry of death. The law of Moses could not give life, (Gal. 3:21).  Such depended upon man’s perfect obedience, (Jas. 2:10). Yet even as a covenant of death, it had glory. Israel looked upon that glory as their ancestors looked upon Moses, i.e. through a veil. What they could not see was that the Law of Moses was passing in the time of Paul (Heb. 8:13)  just as the glory which shone on Moses’ face was passing during the Exodus.

This point is misunderstood and largely ignored. Yet receives attention in Paul’s discussion of passing of the Law. He introduces it to teach by analogy, the ongoing transition from the ministration of death to the ministration of life, i.e. the New Covenant in the Spirit. (2 Cor. 3:8-10).

The Law of Moses Is Passing Away

In the context, the verb tenses are present passive. “For if what is passing away is glorious, what [is] remaining is much more glorious. The language here is both clear and emphatic. The law of Moses had not passed away. It however was in the process of passing away. It could not fully pass until all, i.e. every jot and tittle of the law were fulfilled. Jesus said, till heaven and earth pass, i. e. till all were fulfilled.” (Matt. 5:17-18)  We will continue our study of the “Law of Moses” in the next post.