The Last Hour – What Did They Experience That We Didn’t?

What Did They Experience That We Didn’t? 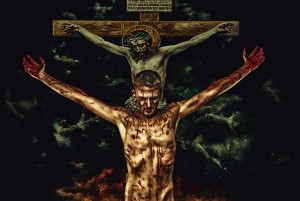 In this segment, we will discuss the last hour, what they experienced but we didn’t. There are times when we “see” evidence. At other times we may “hear” evidence. But yet at other times, we “experience” evidence.

Do you recall when the disciples spoke to Thomas saying that Jesus had risen? He didn’t believe them. Why? It’s because he had not experienced Jesus’ resurrection with his own five senses. He told rest of the disciples that unless he had felt the prints in his hands and put his hands in Yeshua’s sides, he would not believe.

So, for Thomas, a personal experience with the evidence was all he needed to push him over the proverbial cliff of doubt to verify the evidence which caused him to believe.

Little Children It Is The Last Hour

In 1 John 2:18-19, the Apostle John records an experience of the first century church. This experience gave them a surge of confidence that no other church of any subsequent generation could boast. What is that experience?

They had all had personal experiences with the Antichrists. They could say that they touched their hands, felt their sides and saw them close up.  Note how confidently they believed that the last hour was present in their time.

Little children, it is the last hour; and as you have heard that the Antichrist is coming, even now many antichrists have come, by which we know that it is the last hour.  They went out from us, but they were not of us; for if they had been of us, they would have continued with us; but they went out that they might be made manifest, that none of them were of us.” (1 John 2:18-19).

What did John use as his proof? First, he never told them to look for any blood moons did he? Nor did he ask them to consider any nuclear deals with Iran. He never asked them to look for a red heifer. John mentioned nothing of the sort. So what did he say? First, John appealed to something these disciples had already heard. He directed them back to the words of Christ and the apostles that the antichrists would come.

They were seeing this prophecy come true right before their very eyes. Yeshua had spoken earlier, in the Olivet discourse that many false prophets will rise up and deceive many, (Matt. 24:9). A key mark of identity of the antichrists was their doctrine. The denied that Jesus was the Messiah. Christ, is a title and is the Greek for Anointed One or Messiah. The antichrists denied Jesus was the Messiah. (1 Jn. 2:22)”

John said they were both deceivers and antichrists. “For many deceivers have gone out into the world who do not confess Jesus Christ as coming in the flesh. This is a deceiver and an antichrist. (2 Jn. 1: 7; 1 Jn. 4:1-3).

What Had the Disciples Experienced That We Didn’t?

This was no speculating gymnastic exercise of moving from Mussolini, Stalin, Hitler, Ronald Reagan or Barack Obama. These saints knew who the antichrists were and had bonifide worship experiences with them. They experienced the real deal.

No church since the first century has ever had the experience of the antichrists and a living apostle to tell them the last hour had arrived. They were forewarned by the Lord and the apostles. They knew them when they saw them.

That’s how we know the last hour happened then and is not going to repeat itself by happening again today.

Support this ministry by making a donation or by purchasing one of our products. The most recent “It’s About Time Memphis Eschatology Conference” is available. Order today and be informed about many other events that occurred in the last hour.

Tags: end times deceivers, False Prophets, last hour antichrists
« The Last Day What They Saw That We Don’t
Last Hour Antichrists What They Experienced That We Didn’t|Podcast »