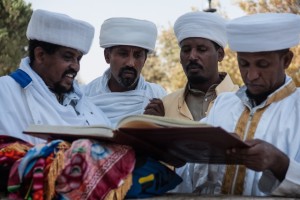 When we discuss the coming of the Lord, we’re often told, “no man knows the day or the hour”. This is one of the best worst responses that can be given by those unfamiliar with the correct Bible teaching about the Lord’s return.

They major in what they feel we cannot know instead of searching the Scriptures to see what has been revealed. In this study, we’ll launch an inquiry into what the saints knew about Jesus’ return. Once we establish what they knew, then we can simply learn or acknowledge what they knew.

The Saints Knew The Time

As strange as it may seem, the Scriptures state that the saints knew the time. Not only did they know the time, they knew the hour, i.e. as in the last hour.
And do this, knowing the time (kronos, Gk.), that it is the high time (literally, the hour, from “hora, Gk) to awake from sleep; for now our salvation is nearer than when we first believed. (Rom. 13:11).

Paul tells his readers that not only did they know the general time, i.e. that they were living in the last days, but they also knew the “hour” and that it was just the hour before dawn of the Lord’s Day or day of judgment, so often spoken of in the prophets.

What is interesting about this quote, is that it is taken from Daniel 12:2, which speaks of the time that those who slept in the dust of the earth would awake. The time given is during the great tribulation. That tribulation is referred to in Matt. 24:21.

In the context Yeshua tells the disciples to pray they understand the meaning of Daniel’s words. Then he tells them, that generation would not pass away until all those things were accomplished.

That means the last hour would occur before that first century generation passed away, Matt. 24:34.

The Night was Far Spent

Paul’s analogy in Rom. 13:11, alludes to the Old Covenant period as the night in which men slept in darkness. Resurrection is spoken of as the coming to light. Again, see Daniel where those who rise would shine in the brightness of the firmament. Paul said, “The night is far spent, the day has drawn near. Therefore, let us cast off the works of darkness and let us put on the armour of light.” (Rom. 13:12)

Observe that Paul includes himself in the exhortation. He spoke of what was current in his day and of what they all were doing and needed to continue to do. Why would Paul write that the night was far spent in his day if Jesus’ return wasn’t going to occur for another 1900 years?

Wouldn’t that make him a false teacher?  Would it be correct to teach that the last hour had in fact arrived when it had not, that the night was far spent when it wasn’t and that the day had drawn near when it was centuries away? 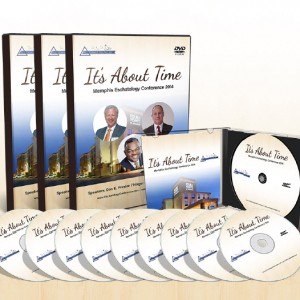 We cover the Fullness of the Times of the Gentiles, The Kingdom of God, the End of the World in Second Peter Parts 1 & 2, the Coming of the Kingdom, The Promise of Abraham, The End of Miracles and more.

We have the 13 DVD + 14 Audio Set in Bundle ready to ship today, so don’t delay. Click here to order.