Micah and the Last Days

Micah and the Last Days 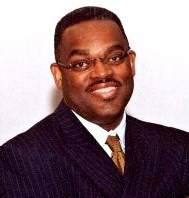 Micah, the prophet  introduces prophecies of the last days. He foretells God’s word concerning the capital cities of Samaria and Jerusalem. His prophetic career spanned about 50 years under Jotham, Ahaz, and Hezekiah according to Clarke’s commentary.

In Micah’s contemporary prophecies, he foretold the destruction of Samaria by Shalmaneser, and also prophesied the fate of Jerusalem under Nebuchadnezzar.

The prophetic backdrop of Micah sets the stage for God’s plan with Israel and Judah.  God is coming to all the earth as a witness against the people for,

Idolatry and worship in the high places formed the backdrop to God’s intense anger.

Understanding Prophecy in the Book of Micah

God says he would come from His holy temple. To come to the people in judgment means God comes out of His place. He would come down and tread on the high places of the earth.

This is highly metaphorical terminology. It appears to describe God as literally coming out of the temple and treading upon the idolatrous temples of Samaria and Judah.

These actions of God are attended by splitting valleys (earthquakes) and fire and floods. However, we do not find any references to God literally coming out o f the temple in Jerusalem, nor even coming down from heaven to literally stand on earth.

Yet, these are the terms Micah the prophet uses, terms which confuse students of eschatology when they are read by Micah of Moresheth’s counterparts in the New Testament.

The judgment announced in chapter one cannot be averted. The secrets of Samaria will be uncovered as the exposing of the harlot’s pay.

The law of Moses forbade bringing such wages in the house of God (Deut. 23:18).

In future studies we will explore the connection of Micah’s contemporary prophecies of Israel and Judah’s last days to the remote prophecies in the time of Christ.

See the Last Days DVD Series for more examples on how to interpret the  language of the prophet Micah.