Creation in Romans 8| Are These The Last Days?

Are These The Last Days? 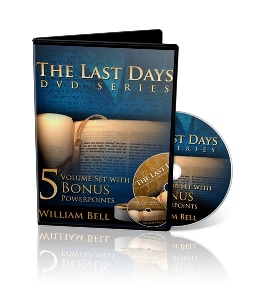 The creation in Romans 8, causes many to ask, Are These The Last Days? This study is one of a series of of audio studies on the Creation of Romans chapter 8. Some believe that the material creation will somehow be restored and included in the redemption in the last days. They believe this time is upon us today.

Difficult times always bring speculation about the imminent end. Romans 8 which discusses the creation being delivered into the glorious liberty of the children of God is one of those subjects which cause people to ask, Are We Living in the Last Days?

It is tempting to play to the hype of the day? Many people are mislead about the end because they do not take the words of the scriptures relating to time to have any literal significance. If you were to ask 9 out of 10 people are these the last days, they would say yes. In fact, the number is probably 9.9%.

“Sufferings of This Present Time” in the Last Days

How is it possible for Paul to speak of the sufferings of this present time and mean 2011? Would we treat the words of George Washington or Frederick Douglass the same way. If we read from their body of literature a statement speaking of sufferings experienced in “this present time” as recorded in the annals of their history, would it be appropriate to assume those times are our experience today?

Why is this so when reading the Bible, especially when the writers of sacred history give us clear time indicators? Paul is not seeking to mislead his first century audience. His wording focuses on things which were both present and immediately imminent. His use of this present time and versus the glory about to be revealed in us, identifies not only the current events experienced in his day, but targets the contemporary audience. The words “us” mean just that, people living at that time. They lived in the last days. See Romans 8:18.

The Last Days Pattern of Suffering and Glory

In response to the question, “are these the last days?” the pattern of “suffering and glory” is common is many New Testament books. It is the pattern following by Christ. He suffered then entered into His glory. “O foolish ones, and slow of heart to believe in all that the prophets have spoken! Ought not the Christ to have suffered these things and to enter into His glory? (Luke 24:25-26).

This is the same pattern for the eschatological sufferings experienced by the persecuted saints in the New Testament. Peter describes it in 1 Peter 1:5-8, saying that the end of their suffering was the “salvation of their souls.” Salvation equates with glory in the consummation of all things.

There are several recordings in the audio series on Romans 8, exploring and accentuating the context to assist the student in a greater awareness of its imminent setting. Paul gives clues elsewhere in the book that make the time of the deliverance of the creation in the last days transparent to any reader.