The Eschatological Harvest Separation of the Saints 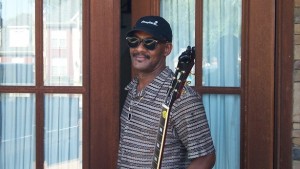 The Eschatological Harvest Separation of the saints is another endtime motif which has some partial preterists dipping water out of the sunken ship of futurist materialistic concepts of a physical body resurrection into a yet future to be fulfilled literal land promise via Abraham’s resurrection. By that I mean a yet future physical resurrection of dead bodies from the literal graves, a concept wholly foreign to the tabernacle of God where death is no more per Revelation 21:2-4. We debunked that idea very clearly in the Tabernacle of God post.

Frost and company’s ROC site has published one of the most irresponsible pieces I’ve seen in an attempt to discredit the force of these arguments. It expresses the kind of desperation they must feel with their physical material body concepts of resurrection, land and the coming of Christ. Here is an excerpt:

Is Mr. Bell serious?  Does this guy really believe Easter was all about “separation” from unbelievers? Obviously Mr. Bell’s argument is built on a faulty premise.  What this absurd comment by Mr. Bell reveals is that he has defined the “glorification” of the believer as “separation” from non-believers.  Perhaps Mr. Bell utilizes a Bible in which 1 John has been redacted.  Why, because in that book we find, “They went out from us, but they were not of us; for if they had been of us, they would have continued with us. But they went out, that it might become plain that they all are not of us.” (1 John 2:19).

Based on Mr. Bell’s argument, if we are to believe what Scripture unequivocally states then the believers who remained had been “glorified” because the false worshipers had been “separated” from the true worshipers.  Or I suppose we could employ Mr. Bell’s tactic in handling the time text “now is”.  We can just ignore the expressed dictates of Scripture.  The fact is, as in the case of “now is”, once again we find Mr. Bell’s argument at odds with Scripture.  Go figure!

This is the kind of shallow reasoning we find in response to many full preterist arguments which are advanced. Frost and company ridicules the idea of the end-of-the-age eschatological harvest separation of believers, then advances a Sadduceean/Hymenaeus & Philetus styled argument from 1 John 2:19!

Their idea of the eschatological harvest separation of believers is a human act occurring in the realm and through the agency human actions?!?

What Is the Eschatological Harvest Separation of the Saints?

First, Is there an Eschatological Harvest Separation of Saints Taught in the Bible and Particularly the N.T.?

We need look no further than the parable of the wheat and tares, Matthew 13:24-30. In the parable, the kingdom is likened to a man who sowed good seed in his field. But while men slept, his enemy came and sowed tares among the wheat and when the grain sprouted, the tares came up also.

Understanding that the tares were sown by the enemy, the servants asked the owner if he wanted them, i.e. “human activity” to go and gather up the tares, i.e. separate the wheat from the tares. But the owner said, no, because in their lack of discernment, (inability to judge righteously), they might also uproot some of the wheat.

Then he advised to let both grow together until the harvest, and at the time of the harvest, he would say to the reapers, “First gather together the tares and bind them in bundles, but gather the wheat into my barn. That is certainly a separation. If not, why not?

Now, in the interpretation of the parable, the wheat is the good seed or “sons of the kingdom” sown by the Son of man, i.e. believers in Christ. That equates them with the baptized believers of Colossians 2:11-3:4 who died and rose with Christ.

Note the writer above attempts to align the apostates who went out from the church in 1 John 2:19 with the Righteous Judge, i.e. the Son of Man or Christ who had the authority to execute judgment of separation of the wheat and tares.  To the contrary it is He, (Christ) not the apostates who determined who, what, when and by whom the separation would occur. Compare Revelation 14:14-19.

Further, the argument is anachronistic. It is an error in time. 1 John 2:19 is not the end of the age, though the end is imminently near. The appearance of the Antichrists confirmed that imminence, in that it was the last hour. Yet the finality and thus the end of the age separation was yet future to the event the writer cites in his proof-texting. If the apostates mark the time of separation, then he has taught the doctrine of Hymenaeus and Philetus in saying the end of the age harvest, i.e. the resurrection was past already. That’s the logic of Frost and company!

Unless they are willing to go on record and state that the apostates departure is the coming of Christ, he has no case. Seems we must teach Frost and company the difference between the coming of Antichrist, versus the coming of Christ. Maybe they have problems spelling the two, I’m not sure. But, I recognized very soon that such a task is beyond my job classification. I only write this for the readers, not the writer of that article.

Now, once the “Son of Man” has sent his angels to carry out the job of separation which human hands could not do, the unrighteous are cast into the furnace of fire, i.e. separated from the righteous. But, what happens next. The righteous now “shine” bright as the sun in the kingdom of their Father. The tares are no more. The end of the age judgment is complete. They reflect the glory of the Son of Man, and are thus no longer hidden from view. Their true status as sons of God is now revealed. It is the eschatological harvest separation.

Apparently, Frost and company have not read the eschatological harvest separation and glorification in Matthew 25:31-32:

“When the Son of Man comes in His glory, and all the holy angels with Him, then He will sit on the throne of His glory. All the nations will be gathered before Him, and He will separate them one from another, as a shepherd divides his sheep from the goats. And he will set the sheep on His right hand, but the goats on the left. Then the King will say to those on His right hand, ‘Come you blessed of My Father, inherit the kingdom prepare for you from the foundation of the world.”

“And these [the goats (wicked)] will go away into everlasting punishment, but the righteous into eternal life.

Isn’t this the identical eschatological harvest separation of Matthew 13:39-43? If this is not the glorification of the Son of Man on his priestly throne in the Tabernacle of God’s glory, separating the righteous “Sons of the Kingdom” from the wicked Tares, “Sons of the Wicked One, what is it? This is such a fundamental theme of Bible orthodoxy, one wonders how Frost and company could mess it up. But woe, how they did! Must be too much reading of second century and beyond uninspired orthodoxy!

“John used two symbols to speak of that same separation. He spoke of the axe being laid to the root of the trees to separate the good fruit bearing trees from the bad ones. When would that occur? In the end of the Jewish age. Who would do it? Not John. He said, “I indeed baptize you with water unto repentance, but He who is coming after me [the Son of Man, Christ] is mightier than I, whose sandals I am not worthy to carry. He will baptize you with the Holy Spirit and with fire.

His winnowing fan is in His hand, and He will thoroughly clean out His threshing floor, and gather [separate] His wheat into the barn; but He will burn up the chaff with unquenchable fire. The imagery is slightly different but the event is the same as that of the parable of the tares. Christ, not the apostates does the separating. The writer above says the apostates were worthy to do that separation before the end of the age! Who should we believe?

The End of the Age Glorious Kingdom Temple

We have demonstrated in our last post that the Scriptures ascribe the eschatological glory of God to the tabernacle of God. When the saints of Colossians appear with Christ in glory, they appear in the end time tabernacle of God which is the place where God’s glory is manifested. See Haggai 2:7; Heb. 12;27-28; Revelation 21:9-10. It is a must read to really grasp the significance of this point.

The eschatological harvest temple is the place wherein and to which God separates his people. “Therefore, “Come out from among them and be separate, says the Lord. Do not touch what is unclean, and I will receive you.” I will be a Father to you, and you shall be My sons and daughters, says the Lord Almighty” 2 Corinthians 6:17; Revelation 14:17.

Not only did this eschatological harvest separation occur in the realm of living saints, it also occurred in the unseen realm when the righteous were delivered from Hades in the end of the age per Matthew 8:11-12; Revelation 20:11-15. The Tabernacle of God from start to finish is about the eschatological harvest separation of sinners. So it was when Adam was banned from the Garden when He sinned. The same was true with Israel’s exiles.  It is yet the same today in with the Tabernacle of God which came down in 70AD, Rev. 22:14-15. It separates those within, from those without.

Those who “fell away from the faith, i.e. who apostatized were the tares growing among the wheat. Further, they identified themselves with those who did not have the Spirit, Jude 1:19, i.e. the unbelieving in Israel and the world. For more on this topic seen many of the parables of Christ.

Readers may now make their own determination about the glorification of the saints and the endtimes eschatological harvest separation of believers from unbelievers concerning whether  the Antichrist apostate sons of the devil or Christ, the Son of Man and Righteous Judge.

Download our new mobile app and get AllThingsFulfilled and Two Men And A Bible directly to your smartphone. Start reading articles like the eschatological harvest separation and listening to our podcasts directly on your smart phone, free for limited time.

Click here to cancel reply.
« The Tabernacle of God Where Death is Removed Is Resurrection
Simmons-Bell Debate on the Resurrection of the Dead »