Tattoos and the Law

Are Your Tattoos A Sin? 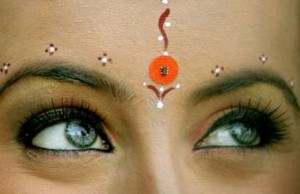 Our examination of this study arose from a buzz on the internet regarding tattoos. Tattoos are so common today that not many people take much notice. I’m sure everyone remembers former basketball star, Dennis Rodman’s tattoos. Many others have followed the practice of tattooing or covering their bodies with body art. Our question is can we use Leviticus 19:28 as a text to condemn wearing tattoos? The question is not merely about practice of body art as it is about the proper use and application of the Law of Moses. Our interest is to show how bad eschatology, leads to confusion in practical applications in Christian living.

Applying the Law of Moses and Tattoos

Here is an example. The Law of Moses taught that Israel was to abstain from eating certain foods. Those dietary laws are set forth in Leviticus chapter 11. However, as we previously discussed, the Levitical priesthood was “being changed” during the times of the apostles, a change which is now complete, (Heb. 8:13, Lk. 21:22). During the transition, God showed Peter that all animals were “legally” clean and thus lawful for any Jew/Israelite to eat, a practice which before Peter, a “Jew” had always scrupulously avoided.

In the vision, Peter sees heaven opened and an object like a great sheet bound at corners coming down to the earth in which were all kinds of four-footed animals of the earth, wild beasts, creeping things, and birds of the air, obviously including those which were restricted by the Levitical laws. Proof of this is in Peter’s statement that he had never eaten anything common or unclean, (Acts 10:11-15). God repeated the process three times to make sure Peter understood it.

The true meaning of the vision was that God no longer made a distinction between Jew and Gentile (another indication that the Law of Moses was in the process of change having become obsolete). In fact, Peter, knowing this, fell into sin by hypocritically imposing these Laws upon Gentiles no doubt being intimidated by the presence of James and other Jews according to Galatians. “Now when Peter had come to Antioch, I withstood him to his face, because he was to be blamed; for before certain men came from James, he would eat with the Gentiles; but when they came, he withdrew and separated himself, fearing those who were of the circumcision [Jews]…” (Gal. 2:11-14).

Paul, who rebuked Peter and who understood the error of imposing the Law upon Gentiles, especially due to its impending imminent terminus, wrote that those who forbade people to marry and abstain from foods spoke lies in hypocrisy and had their consciences seared with a hot iron. He concludes: “For every creature of God is good, and nothing is to be refused if it is received with thanksgiving.; for it is sanctified by the word of God and prayer.” (1 Tim. 4:2-5)

Does How We Use The Law of Moses For Foods Apply To Tattoos?

Therefore, it is unlawful to use the Law of Moses to restrict the eating of meats or certain foods. Any Christian practice based on such premise lacks wisdom. Nothing is more clear than that those laws were imposed until the time of reformation, i.e. until the parousia of Christ. “Speaking of the High Priests role in connection with the tabernacle according to the Law,Paul says, “It was symbolic for the present time in which both gifts and sacrifices are offered which cannot make him who performed the service perfect in regard to the conscience–concerned only with foods and drinks, various washings, and fleshly ordinances imposed until the time of reformation. See the parallel text in Acts 3:30-21.

In other words, here again is the reason God changed the Levitical priesthood and the Law; because of their inefficacy with respect to man’s redemption.

Now are their reasons that people might avoid eating of certain meats or foods? Yes. There are all sorts of allergies, medical reasons, body types and practical dieting reasons that certain foods are not good for some people. However, they are not illegal nor prohibited by God as they were under the Law for Israel. As Paul and Peter demonstrated and as the New Testament teaches, those laws are now no longer in effect.

Imagine what havoc someone who does not understand that the Law of Moses has been fulfilled and passed away could wreak by imposing it on a Christian church or individual. 1 Corinthians 8, 10 and Romans 14, and the Galatians text show us precisely such behavior.  So how does this apply to tattoos? We should also ask what constitutes “marks on you” and tattoos?

Arguments on Prohibitions of Tattoos

I have read several of the arguments on the prohibitions of tattoos. In our next installment, we’re going to inquire more specifically about those arguments. Just in case anyone is wondering, I don’t have any tattoos, am not interested in having a tattoo, nor did I ever want one, (unless you count those little food coloring tattoos that came in the Cracker Jack box when I was a kid). Are those forbidden? Did we break the Law with Cracker Jack tattoos as kids?