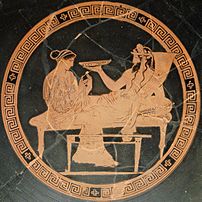 Much of the understanding on hell is
distorted by the faulty translations of
older Bible versions.

Use of the world hell in many Bible
texts convey meanings which the
apostolic authors never understood
or intended.

What for example, would be the meaning
of “shall the gates of hell prevail?”

This question derives from a statement
Christ made during his public ministry in
a conversation with his disciples.

And I also say to you that you are Peter, and on this rock I will build My church, and the gates of Hades shall not prevail against it?” (Matt. 16:18)

The King James Version often renders the word “Hades” (realm of the unseen) as hell. In most people’s minds, this involves a place of torment and everlasting flames.

However, Hades simply means the realm or abode of the unseen. The Hebrew equivalent of the Greek term Hades is Sheol.

Hades, a temporary abode is where man passed after physical death, accentuating and affirming his separation from God through sin.

For as long as the Old Covenant stood, it remained man’s captor and barrier to heaven once he passed from this life.

Under the Old Covenant, it was not possible that the blood of bulls and goats could take away sins, (Heb. 10:1–4). Thus, after physical death men were subject to imprisonment in Hades.

It is here where the righteous, i.e. Abraham, Isaac, Jacob, David, Job, etc, awaited the eschatological change that would free them and ultimately all mankind from this “death of separation” from God in the realm of the unseen.

When Christ spoke of the church he would build, he spoke of the means by and through which God would deliver souls from the bondage of Hades, freeing them to enter the kingdom.

Hence, the power of the church (through the gospel message of deliverance from sin and death, (1 Cor. 15:1–4), is that the “gates of hell (Hades) do not prevail against it as it did in the church of Israel under Moses’ Covenant.

Jesus suffered vicariously, taking upon him the sins of the world, thus demanding satisfaction of the justice of God and hence His consignment to Hades.

“He, forseeing this, spoke concerning the resurrection of the Christ that His soul was not left in Hades, nor did His flesh see corruption.” (Acts 2:31)

Jesus’ resurrection is both unique and significant in that it represents complete victory over Hades. As the one who has the preemmience in all things, he is the firstborn from the dead, i.e. from sin-death in Hades. (Col. 1:18)

Christ is not the first to ever rise from physical death. Others in the Old Testament preceded him. He was not therefore the first to return from Hades. All who were raised in before him did so.

He was however the first to rise no longer under the legal condemnation of sin (not his own sins but those of the world, laid on him by the Father, Isa. 53:6; 1 Pet. 2:24).

It is clear that even after Christ’s resurrection, Old Testament saints were yet in Hades. Peter, writing of David says, “For David did not ascend into the heavens…” (Acts 2:34).

Likewise, Abraham, Isaac & Jacob had not yet entered the kingdom of Christ, (Matt. 8:11).

Thus, the work of redemption for Old Covenant saints remained throughout the pre-parousia reign of Christ, (Heb. 11:39, 40)

However, victory was assured in that Christ was the “firstfruits” of the Old Testament saints, (1 Cor. 15:20). Thus, he assured they would not be “left behind” in Hades.

The Keys of Hades and of Death

In the message to the seven churches in Asia, the Lord proclaimed that he has the keys of Hades and of Death, (Rev. 1:18). Keys are a means of access.

The meaning is that Hades is no longer a locked prison door without the key. Christ offers the escape through himself as he alone posseses the keys and is the only way to the Father, (John 14:6).

In the closing message of the book, Death and Hades are cast into the lake of fire, a symbol of their complete destruction, (Rev. 20:14).

For those in Christ, i.e. in the church, the gates of hell, (Hades) do not prevail, i.e. cannot overpower and imprison fallen man any longer.

Learn more about Christ’s victorious return in the author’s book, The Re-Examination, A Study of the Lord’s Second Coming. Click here to order.