Seek The Kingdom of God On Earth or in Heaven?

Can We Seek The Kingdom of God Today? 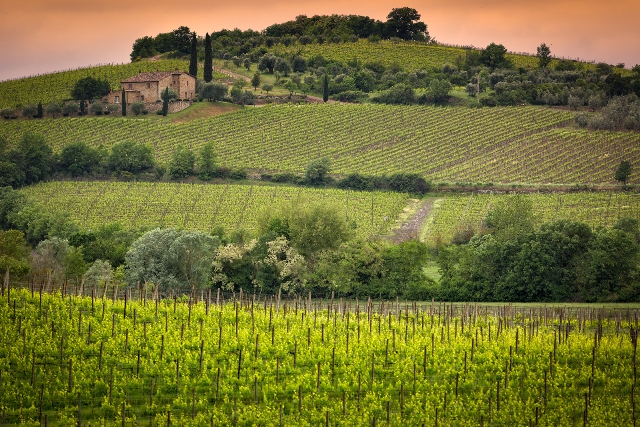 Definition of the Kingdom of God

The word kingdom is from the Greek term Basilea and means the rule or reign. It implies a king, a domain or territory where the reign in exercised, and also subjects or servants. Finally, there must be a law or rule by which the king governs his people. All of these are present in the Basilea or reign of God. When we seek the kingdom of God we are seeking to be ruled by God, according to his law within the dominion he has established.

As mentioned above, it is the understanding of many that God’s reign on earth is only possible after sin has totally removed. By this, we mean that man will no longer be able to sin. He will be sinlessly perfect. This is an erroneous belief and teaching according to the Scriptures. Don’t turn away your ears just yet. We will clearly establish this point.

Consider, the New Heavens and New Earth (another name for the kingdom of God) as predicted in Isaiah 65, follows the millennium. In other words, the New heavens and earth do come and could not arrive at any time during the millennium (thousand years reign of Christ).

The millennium ends at the destruction of the old heaven and earth, a point made clear in Isaiah 65:17f and Revelation chapter 21. In Isaiah, the prophet says, “For behold, I create new heavens and a new earth; and the former shall not be remembered or come to mind, (v. 17). By the former, he means the old heaven and earth. It is that which would no longer come to mind, i.e. be remembered by God as a dwelling place for his covenant people.

)
In Revelation 21:1, John said “Now I saw a new heaven and a new earth, for the first heaven and the first earth had passed away. Also there was no more sea.” Then I, John, saw the holy city, New Jerusalem, coming down out of heaven from God, prepared as a bride adorned for her husband.” (Rev. 21:1-2).  See also Rev. 6:12-14 and 20:11, where the old heaven and earth is destroyed at the great day of the Lord’s wrath, which follows the millennium of chapter 20.

However, within this kingdom (New heavens and new earth) babies are yet being born! The scripture says “no more shall an infant from there live but a few days”.  Further, people are growing old here: “nor an old man who has not fulfilled his days”. They build houses, live in them, plant vineyards and eat their fruit, (v. 20-21).

It’s also important to note that there are “others” who are living right along side them as noted by the reference, “they shall not build and another inhabit; They shall not plant and another eat. These statements would make no sense if there were not others living among them who were outside the dominion of God.

These statements imply that others who are dwelling outside the kingdom of God are not able to disturb the peace of those within in the God’s domain. Under the Old Covenant, when Israel was carried into Assyrian and Babylonian captivity, others inhabited their dwellings and ate of their vineyards.  But in the new heavens and earth this would not occur.

Some take these passages to refer to a post-earthly heavenly state. But, these same ones tell us there is no marrying or giving in marriage in the heavenly state according to Luke 20:34-36. They even tell us that there will no longer be physical death. How then are they bringing forth children, (Isa. 65:23), in the new heavens and new earth, i.e. in the kingdom of God if this text refers to a non-earthly heavenly state? From whence do they get these offspring?

Consider, the new heavens and new earth comes after the millennium in Revelation 20 ends. Following this, the Bible records there are those who are outside the city, Rev. 21:14. Isaiah also said, “the unclean shall not pass over it, (Isa. 35:8). This statement would make no sense if the unclean were not yet living at the time of the arrival of God’s heavenly reign. It is another proof that the kingdom comes to man while on earth and those who are outside are called the unclean because of their sins.

When Jesus taught about the kingdom, he said, that it did not come with observation. In other words, it is not a tangible, visible entity that we can see located at some “holy spot” on earth. Many are swept away with the idea that the reign of God must be geo-centrically located in the city of Jerusalem. This is incorrect. Others look for the kingdom of God in America. They too are mistaken if they are looking for a physical structure or government on earth.

So what did the Lord say about his reign? “Now when He was asked by the Pharisees when the kingdom of God would come, He answered them and said, “The kingdom of God does not come with observation; nor will they say, ‘See here!’ or ‘See there!’ For indeed, the kingdom of God is within you”. (Luke 17:20). God’s kingdom is found within man’s heart when we obey the words of Jesus. He said wherever two or three are gathered together in his name, he would be in the midst.

However, to seek the kingdom of God does not mean it is only on earth or within this realm. It includes those both in heaven and on earth. “That in the dispensation of the fullness of the times He might gather together in one all things in Christ, both which are in heaven and which are on earth-in Him. (Eph. 1:11). For this reason I bow my knees to the Father of our Lord Jesus Christ, from whom the whole family in heaven and earth is named. Stay tuned for more in the next article of seek the kingdom of God.