Seek the Kingdom of God First

Seek The Kingdom of God First 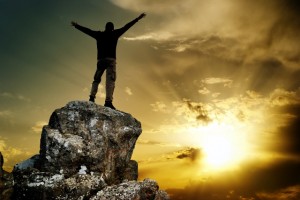 In Matthew 6:33, Jesus encouraged the multitudes to seek the kingdom of God first and promised that all the essential necessities of life would be added to them. This is a great promise. After admonishing the crowds not to worry over food and clothing, basic essentials, he directed their focus to the kingdom of God and his righteousness, Matt. 6:33.

Why Was The Kingdom A Priority?

There are those who teach that God has not yet established his kingdom on earth. Why did Jesus urge his followers not to concentrate inordinately on their everyday needs but to place their focus on a kingdom that is yet to arrive after almost 2000 years? Would that not be unkind? Think about it. Suppose we were told not to worry about life’s necessities but to seek a kingdom that is yet 2000 years in our future? Could we imagine any more harmful a teaching?

The Kingdom Was At Hand, –Imminent

The reason Jesus told them to seek first the kingdom of God and his righteousness is because the time had been “fulfilled” for the kingdom to arrive. John the Baptist, preached in the wildness of Judea saying repent for the kingdom of heaven is at hand. All the previous prophets had spoken of the coming kingdom but not announced it’s arrival as imminent. See Matt. 3:2, Lk. 3:1-2.

“For all the law and the prophets were until John. Since that time the kingdom of God has been preached, and everyone is pressing into it. (Matt. 11:13; Lk. 16:16). John’s message expressed the imminent transition from the law to the gospel, by saying the kingdom of God was at hand. It was easier for heaven and earth (Old Covenant) to pass than for one jot or tittle of the law to fail, i.e. for the kingdom to come.

The Time to Seek The Kingdom of God First Fulfilled

According to Mark 1:15, after John was put in prison, Jesus preached the “time is fulfilled, and the kingdom of God is at hand…” The time he alludes to is Daniel 2 and 7 which prophetically spoke of the coming of the kingdom in the last days. The word “kairos” means an appointed time and therefore Jesus assures us that the predetermined time for the kingdom had arrived. The word “pleroma” (fulfilled) means “filled to the full”. In other words, no other time fulfills the first century time of Christ and the apostles for the coming of the kingdom.

The idea of a postponement of God’s appointed time suggests God is slack with his promise, which he is not, (2 Pet. 3:9). Men are rather slack with their eschatological chronology and time tables so much so that they are willing to call God a liar in order for them to be correct. That is shameful.

The Kingdom Arrived During the Roman Empire

Daniel’s prophecy positions the kingdom of God during the days of the Roman Empire. His words, “in the days of these kings” (chapter 2:44-45) and during the time of the fourth great and terrible beast 10-horned beast is Rome. Further, it is not a revived Rome of the European Union, but ancient Rome existing in the time of Christ.

A clue to Rome’s existence was the “little horn” of Daniel, a reference to unbelieving apostate Israel with Zionist tendencies akin to those of the modern day settlement, except the former were legitimate covenant  people. Ancient Jerusalem and Rome of the Caesars are the main players in Daniel’s kingdom scene, and it is they who are the agitators and back drop of Jesus and the apostles in the New Testament. This is the only workable chronology of the N.T. for the coming of the kingdom.

Four “Nots” of the Kingdom

God has three “nots” related to the kingdom which help to identify it. First, the kingdom is not made with hands. It is not a temporal kingdom built and established by man. This speaks of its divine nature. It is the temple-kingdom which the Lord built. See Zech. 6:12-13, Heb. 8:1-2.

The second, is the kingdom does not come with observation. God’s kingdom is not visible to the eye. We can not see it with 20-20 vision or any form of corrected or magnified eyesight. Jesus said the kingdom of God is within you, Luke 17:20.

The third not is that the kingdom of heaven (another name for the kingdom denoting origin) is not of this world. It did not originate within the earthly realm. It is from God out of the heavens. John 18:36)  We must not search for any geographical place on earth that we may point to the kingdom and say lo here or lo there.

Paul disawows that the kingdom of God has any connection to the Torah or Judaism. It is not Jewish in character as a covenantal entity. It does not operate according to the Levitical priesthood, the decalogue or dictates of Jewish rituals. It is not ethnocentric nor Zionistic. The kingdom is a separate entity from ancient and modern Judaism and Zionism.

Seek the Kingdom of God First and His Righteousness

God’s purpose in declaring Abraham righteous confirms that he is the Father of all nations, not only to Jews but also to Gentiles. (Rom. 4:13-16; Gal. 3:7-8).

Abraham Sought the Kingdom of God

It is clear from Hebrews 11:13-16, that Abraham and the Patriarchs denounced Palestine (what the modern settlement of Israel fights and murders to claim). They understood they were strangers and pilgrims in the land just as was Israel their descendants, (Lev. 25:23). The kingdom of God was their and Israel’s hope.

“And I say to you what many will come from east and west, and sit down with Abraham, Isaac, and Jacob in the kingdom of heaven.” (Heb. 8:11). Abraham has been resurrected into the kingdom. He does not inhabit Palestine does he want to.  His faith should be our faith, (Rom. 4:12).

Seek The Kingdom of God First in Love

The children of the kingdom are children of love. Jesus taught, “…Assuredly, I say to you, unless you are concerted and become as little children, you will by no means enter the kingdom of heaven. Therefore whoever humbles himself as this little children is the greatest in the kingdom of heaven. Whoever receives on little child like this in My name receives me. But whoever causes one of these little ones who believe in Me to sin, it would be better for him if a millstone were hung around his neck, and he were drowned in the dept of the sea. (Matt. 18:3-6).

Could you imagine children killing other little children? Could you watch them shoot their little friends’ mothers with assault weapons? Would children bulldoz their friends homes so that they have no place to live or sleep? Would they deny them a cup of fresh water, driving them to drink from stagnated water holes? Would they destroy their olive groves and put their parents out of work hindering them from a livelihood and the ability to feed their families?

John Hagee leads Christians to be murderers at heart with his CUFI (Christians United For Israel) organization. He has without condition supported the regime that shuts them up in prison-like camps with 500 checkpoints. “Whatsoever you would that men should do to you, do also to them likewise” for the present seems to be missing from the Bibles of the CUFI organization. CUFI is fully supportive of the Israeli settlement, but to my knowledge has never raised one dime in support of the Palestinian people, even for those who are Christians. Hagee was in Israel during the Christ at the Checkpoint Conference in support of the oppressors, not the oppressed. There truly is a need to seek the kingdom of God first.

Tags: seek the kingdom of god first
« The Meaning of the Hidden Manna in Revelation
Bible Prophecy Coming True|Implications of Dispensationalism »