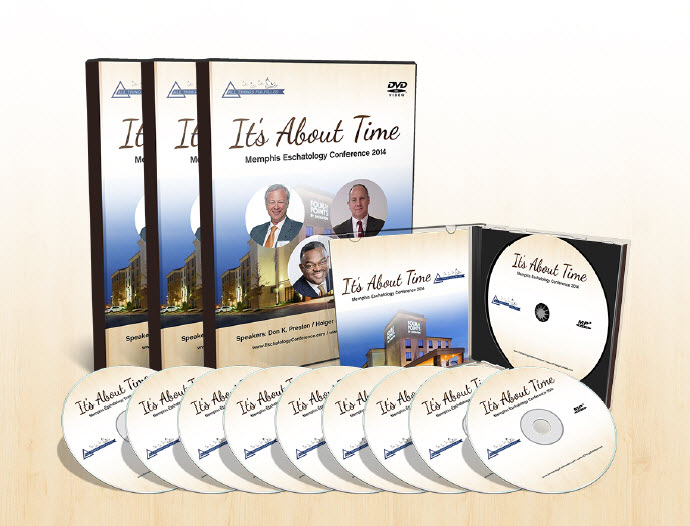 The two witnesses prophesy and their dead bodies lie in the street of the GREAT CITY, which SPIRITUALLY is called SODOM and EGYPT, where also our LORD was CRUCIFIED. (Rev. 11:8)

After that time the two witnesses would rise from the dead, v. 11. (3.5 days is half a week and since the text is focused on Jerusalem’s destruction which was noted in vs. 1-2, as measured for destruction, then it must be the last half of Daniel’s 70 weeks (each day being a year and hence the 42 months).

In the SAME HOUR, there is a Great Earthquake and note: A tenth part of the CITY fell. (Rev.11:13) That is the same GREAT CITY where Our LORD was CRUCIFIED of verse 8.

After that the text says the second woe is past and the THIRD WOE is “COMING QUICKLY!”

THEN THE SEVENTH ANGEL SOUNDED. How many angels were there? Seven. So the seventh angel is the last angel to sound, and therefore this is the sounding of the 7th or last trumpet. That means it equates with 1 Cor. 15:52 and 1 Thess. 4:16.

The sounding of the last trumpet is the TIME of the judgment and resurrection.

And there were loud voices in heaven, saying, “The kingdoms of this world have become the kingdoms of our Lord and of His Christ, and He shall reign forever and ever!…The nations were angry, and your wrath HAS COME, and the TIME of the DEAD that THEY SHOULD BE JUDGED, and that you should REWARD your servants THE PROPHETS and THE SAINTS, and those who fear your name small and great, and should destroy those who destroy the earth. (Rev. 11:15-18).

Now, why and in connection with what event did God reward his servants the prophets and the saints?

It is for the destruction of “Mystery Babylon” who is called the “GREAT CITY”. That is Jerusalem as established in Rev. 11:8.

Vengeance for Slaying the Saints and Prophets

“Rejoice over her, O heaven, and you holy apostles and prophets, for God has avenged you on her! [Remember Lk. 21:22 which says of Jerusalem’s destruction by Rome…”for these are the days of vengeance that all things written may be fulfilled…also Jesus who said all the righteous blood from Abel to Zechariah will come upon “this generation”]

What city murdered the prophets of the Old Covenant? Certainly wasn’t Rome, or the Catholic Church or America. What city did Jesus charge with murdering the prophets and the apostles.

Conclusion: Revelation 11 and the Resurrection of the Dead

Therefore, the judgment and resurrection of the dead occurred in connection with the fall of the great city and the sounding of the trumpet which is Matt. 24:31, which occurred before that generation passed, Matt. 24:34.

It was near and shortly to come to pass, when Revelation was written.

The Great City where the Lord was crucified is Jerusalem. Old Jerusalem, was called Egypt and was in bondage with her children in Gal. 4:24-25. They also are called the “vine of Sodom” in Deut.32:32, which is Moses’ prophecy of their last days.

Moses says it was the days of their vengeance when their calamity would be at hand for the Lord would judge his people. Deut. 32:34-36.

Tags: Resurrection of the dead, Revelation 11, The Last Trumpet, Times of the Gentiles, Vine of Sodom
« Then Comes the End of the Age 1 Corinthians 15-24
The Paul Versus Moses Debate »