Resurrection of the Body and the End Times Framework

Resurrection of the Body and the End Times Framework 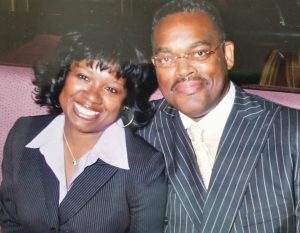 On Facebook, in the Preterist Perspectives page, we are discussing the resurrection of the body and the end times framework. Our aim is to determine whether this framework establishes the individual body at death (IBV) view or the covenant body (CBV). Which is the correct framework for eschatology.

Many are interested in the resurrection. It continues to be the most challenging topic for those seeking to understand the consummation of the end times message. Gordon Fee, Professor emeritus of New Testament studies in British Columbia, UK, has written some very powerful statements affirming the already but not yet of eschatology in the New Testament.
In recent paper published by Ed Stevens, he referred to Fee as offering support for the IBV position versus the covenant body view.

The IBV holds that the resurrection of the body taught in the New Testament is about the individual physical body, which it holds to be mortal, dying and receiving an immortal body immediately upon death. The reason, the process is immediate is because the Parousia (return of Christ) occurred in 70AD (a view common to both positions.
On the other hand, the CBV, believes the resurrection is primarily a transformation from the world of Adam, which operated under the condemnation of sin and death, to the world of Christ, the new aeon in which righteousness and life dwells. These are two worlds/covenantal states which stand the one over against the other. With the in-breaking of the new age through Christ’s death, the transition and consummation into the new man, the “last Adam” began and was fulfilled in 70AD. It posits we are now in that heavenly body or world of immortality, which does not demand or require physical death for it’s participants.

Gordon Fee Establishes A Framework for Resurrection of the Body

Dr. Fee is not a Full Preterist. However, the framwork he establishes through his exegesis of scripture, fits in principle the full preterist framework.
In his remarks on the spiritual gifts continuing until Christ’s coming, Fee comments on 1 Cor. 1:7: “…since salvation for Paul was primarily an eschatological reality, BEGUN with Christ’s coming to be consummated by his imminent return. (my emp.) The New International Critical Commentary on the New Testament (NICNT), 1 Cor. p. 42. Earlier, he remarked, “But by adding the eschatological note at the end, Paul also now attempts to set their present giftedness in the proper eschatological perspective of “already/not yet.” p. 41.

Fee also directs the reader via footnote to Paul’s essential “already but not yet framework” on pages 16-17, where he clearly spells out his futurist eschatology which both IBV and CBV positions reject.  However, what he does say reveals the weakness of Fee’s eschatological paradigm. He is forced to interpret a resurrection of the individual body because he believes the consummation has not yet arrived. But Ed Stevens and every Full Preterist know that view is untenable due to the inspired imminent time parameters given for a first century fulfillment of the parousia. Stevens would not claim doctrinal solidarity with Fee on his futurist views. What’s also interesting is that Fee cites texts from 1 Cor. 15:23, 20-28; 49-53; 11:26) all as proof of this future!

Yet, Fee says, “For Paul this thinking has its focus in the event of Christ, his death and resurrection, and the subsequent gift of the Spirit. (my emp) Christ’s resurrection makes the turning of the ages; the subsequent gift of the eschatological Spirit is certain evidence that the End has begun. [his emp.] But the fact that we still live in bodies subject to decay (15:49-53), and that there is yet a future Parousia of the Lord (11:26; 15:23) with a subsequent resurrection brought to consummation. Thus for Paul, believers are thoroughly eschatological people, determined and conditioned by the reality of the future that has already begun, but still awaiting final glory. We are therefore both “already” and “note yet”. p. 16.
Fee makes such a powerful case for the already but not yet that his comments can be used straight off the page without additional remarks. “This framework is thoroughgoing in Paul, yet nowhere more evident than here. This true not only of his language (e.g., the kingdom of God is both now [4:20] and not yet [6:10-11; 15:50])…”  Let’s stop here for a moment. Fee says the kingdom is the already but not yet and that is the same kingdom that is the “now” of 1 Cor. 4:20 as in 1 Cor. 15:50. I’ve reasoned in previous posts, they had already begun putting on that “new spiritual body”, i.e. the kingdom. Fee says that is the proper interpretation.

Resurrection of the Body is Salvation in the New Body

Fee is speaking of salvation in a “corporate” body, for no individual kingdom was “already being put on” by the Corinthians. Further, none could begin putting on that kingdom until they were baptized (Jn. 3:3-8) at which time they began putting off the old man, in that same baptism (Rom. 6:4-6).  Ed Stevens quoted me claiming that the “putting off of the body” of 1 Cor. 15:49 had not already begun based on ephoresomen, “as we bore”? Well, here is Gordon Fee saying that is the kingdom’s “already” of 1 Cor. 4:20 and is the same “not yet” of 1 Cor. 15:50. That means a body, had already begun to be put off through the entrance into the “now” of the kingdom. That body is clearly seen in Jn. 3:3-8, Rom. 6:4-6 and Col. 2:11. Fee’s futurism, causes him to miss, overlook, or dismiss, what his logic demands.
Stevens wants to make it physical bodies in the text claiming, the putting off had not already begun. According to him, logically, putting off began at birth when they were sown. There is a major problem with beginning the sowing at birth. According to 1 Cor. 15:42, the raising of the body commences at the very same time. The rising as in, “it is being sown, it is being raised” begins at the same time. That’s the proof, the physical body doesn’t work in 1 Cor. 15. The major difference between Fee and Stevens (IBV) is time as far as the resurrection of the body is concerned, and Fee is more consistent.
However, his resurrection of the body paradigm cannot be fulfilled in the future with an eschaton that has already been consummated in the past. In the upcoming articles, we will demonstrate how the individual body paradigm cannot work for Fee’s futurism or the IBV paradigms.
Tags: CBV, Covenantal Body, Ed Stevens, Eschatology, Gordon Fee, IBV, Individual Body at Death, Progressive Resurrection, resurrection of the body
« Dying And Rising With Christ 2 Corinthians 4:10-12
Resurrection of the Body Already But Not Yet »