Resurrection in 1 Thessalonians 4: Are We Who Are Alive Dead? 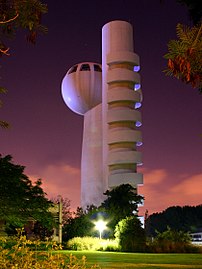 1 Thessalonians 4:13-18, incites emotionally
charged discussions about the resurrection
and the rapture.

Students of John Nelson Darby, credited
with popularizing modern Dispensationalism
cite the text as incontrovertible proof of
the Rapture.

However, these exegetes (scripture
interpreters) violate hermeneutic principles
in their application of the text.

The following demonstrate some of the
errors glossed over by futurists and pre-
tribulation rapture advocates. Resurrection in 1 Thessalonians 4: Are We Who Alive Dead?, addresses the specific audience of the text.

The problem with most interpreters on the Lord’s return is that they read themselves versus the audience into the text.  We show this

as a faulty premise.

We Who Are AliveAnd Remain

Paul addresses first century Christians in the first century. Seems like a trivial point? Not at all. It is the key to arriving at a correct interpretation. Knowing to whom a text was written and to whom it applies makes all the difference in properly understanding it.

How is it that Paul and the first century audience is overlooked in the fulfillment of the text? It is so commonly assumed that the text applies to 21st century Christians that many do not question it. Others dismiss it as absurd.

However, there are those who make an attempt to address the issue. Some say Paul uses the “editorial we” as a generic reference to all Christians of all times. Rather, we suggest the phrase is inclusive of first century saints and exclusive of those who lived before or after that time.

The first condition is “we who are alive.” When Paul wrote the letter, he could not possibly have spoken of any future unborn generation. Not only did Paul’s words not include a future generation, they also did not include past generations.

Likewise, “we who were alive” did not include previous generations. How could those whose generation died out before Paul be included in “we who are alive?” So the term is very descriptive and limited excluding both prior and subsequent generations.

Thus we suggest it is focused exclusively upon the generation living in the first century. Next, observe the second conditional exclusion of the text.

The force of the Greek text is the present tense describing present action that was continuing at that time. Those who were alive were remaining serve as a contrast between those who had fallen asleep.  To remain was to yet be physically alive.

In 1 Corinthians 15, a similar expression is used to compare and contrast those who yet remained alive with others who had died. Speaking of those who saw Christ after his resurrection, the same apostle penned similar words.

“After that he was seen by over five hundred brethren at once, of whom the greater part remain to the present, some have fallen asleep.” (1 Cor. 15:6)

Here again, we see that Paul speaks of a contemporary group of individuals. The only difference in this statement and that of 1 Thess. 4:15, is that he attaches a number to those referenced in the Corinthians text.

We know that that group was limited to some number above five hundred. Some unknown portion of that group had died, but the majority of them were yet alive, i.e. remained.

It would be as erroneous to include anyone living today in the numbered “living/remaining group of 1 Corinthians 15:6, as it would be to include 21st century Christians in the Thessalonican text.

We Who Have the Firstfruits of the Spirit, Rom. 8:23

Another point glossed over with these saints that identifies them exclusively as first century saints to the exclusion of past or future generations is their designation as the firstfruits.

Firstfruits, from the Greek term aparche, means the first ripe of the harvested crops. In Exodus 13:1, God required Israel to sanctify to himself all of their firstborn both of man or beast.

Now let’s say you come from a family of 9 children as I did, and God said, the firstborn belonged to him. In my family I would not qualify. I am the 5th born, not the first. That position would go to my older brother. He is the firstborn or firstfruit from the womb in my family. No other child born could be the first other than the firstborn.

Thus, to approach 1 Thess. 4:15-17, as a text speaking about 21st century Christians and argue for a future resurrection, rapture or coming of the Lord in our day and time is illogical and erroneous. It is the clumsy blunder of Dispensationalism and Rapture delusionists.

It means that first century Christians would initially experience Christ’s coming. We today experience the benefits and blessings of that coming. Further, this accords with Christ’s words that he would return before some living in the first century generation died.

For This We Say By The Word of the Lord

Twenty years prior to the Paul’s letter to the Thessalonicans, Christ said his generation would not pass until he returned in the clouds at the sound of the trumpet, Matthew 24:30-34.

Paul merely repeats the Lord’s words, showing that event would occur before the “we who are alive” of the first century died. They have all physically died. Christ came in their lifetime.

The Re-Examination is a study of Christ’s return from the first century perspective. It is covers topics including Christ’s coming, the resurrection, 2 Peter 3 and many other end time themes. To order today see ReExamination