Four Reasons Why I Cannot Believe The 70 AD Doctrine 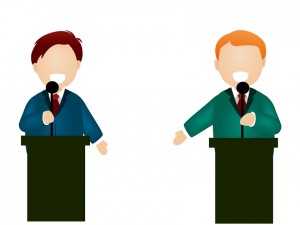 “Some good brethren in the church have become obsessed with the 70AD doctrine to the point of making it a hobbyhorse. Simply stated, the 70 AD doctrine teaches that all prophecies were fulfilled by 70 AD. This means that the second coming of Jesus, the resurrection, and the Day of Judgment happened at the destruction of Jerusalem in 70AD. This may sound crazy to most of us, but those who embrace this doctrine feel as if they have found something new that sheds light on certain difficult verses in the Bible. However, this doctrine has many problems when you honestly look at the word of God. I once asked a prominent teacher of this doctrine if I would be lost if I did not believe the 70AD doctrine. He simply told me to turn to 2 Peter 3:16. This scripture talks about how certain people were twisting the scriptures to their own destruction, which had to do with the end times. Ironically, Paul informs us of how some were doing this very thing. “And their message will spread like cancer. Hymenaeus and Philetus are of this sort, who have strayed concerning the truth, saying that the resurrection is already past; and they overthrow the faith of some. (2 Tim. 2:17-18) Now let us look at several reasons why I cannot accept the 70AD doctrine. “ Cougan Collins

In this series I will respond to each of brother Collin’s arguments over the next several days. The above is his introduction but since it contains one of the common objections and potentially causes a bias on the subject, I chose to respond to it here. His next argument charges we deny a bodily resurrection which we will discuss on in the next piece.

In responding to the charges above, we will refrain from any derogatory remarks of any kind. We view the writer as a brother in Christ and merely wish to present our view so that each one may read our response to the charges to see if the charges made against us are valid.

Our view is simple. We believe that the Bible teaches that the end times events, i.e. the second coming, resurrection, coming of the eternal kingdom, judgment and end of the world/age is the fulfillment of all things spoken by the Law and the Prophets.

Jesus said, Do not think that I came to destroy the Law or the Prophets. I did not come to destroy but to fulfilled. For assuredly, I say to you, till heaven and earth pass away, one jot or one tittle will by no means pass from the law till all is fulfilled.

Jesus gave two simple points for the fulfillment of the Law and the Prophets. The first is “till heaven and earth pass. The second is till all is fulfilled. He specifically emphasized that not “one jot or tittle” would in any wise pass from the law [or the Prophets (an ellipsis)] till all were fulfilled.
In harmony with this are the writings of the Apostles who affirmed the same. For example Paul, who was accused by the Jews of teaching a doctrine “contrary” to the Law, stated the they could not prove the charges against him.

“Nor can they prove the things of which they now accuse me. But this I confess to you, that according to the Way which they call a sect, so I worship the God of my fathers, believing all things which are written in the Law and in the Prophets. I have hope toward God, which they themselves also accept, that there will be a resurrection of the dead, both of the just and of the unjust. (Acts 24:13-15). See also Acts 22:6-8.

Paul said he believed all things written in the Law and in the Prophets. He said, his hope was the same as that of the Jews who were accusing him. This means, if they proved their case against Paul, they would have refuted and negated their own hope in the Scriptures. He quoted Daniel 12:2-3, saying there was “about to be” (mello) a resurrection of the just and of the unjust. Therefore, Paul taught an imminent resurrection based on the Law and the Prophets.

Now if it is the case that not one jot or tittle can in anywise pass from the law till all were fulfilled, then it must be the case that until the resurrection of the just and the unjust were fulfilled, the Law could not pass. So, those who oppose should honestly explain and delineate when the Law and the Prophets, i.e. every jot and tittle were fulfilled. They must also explain demonstrate plainly that the resurrection and by implication the related end times events occurred.

If on the other hand, they hold either any of the end times doctrines as future or any jot and tittle of the Law to be future, when such would be fulfilled. If both are not fulfilled together, then they should explain why they are teaching a doctrine contrary to that of the Apostles and have a hope that does not coincide and harmonize with that found in the Law and the Prophets.

Further, if the end times events are yet future and unfulfilled, why the Law and the Prophets are not legally binding on the church today?
Paul said he taught no other things than those which Moses, and the Prophets said were about to come, i.e. that Christ would suffer and be the first to rise from the dead and that he would proclaim light to the Jewish people and to the Gentiles. The proclamation of light is a euphemism for resurrection. (See Isa. 60:1f).

Secondly, the writer suggests we are overthrowing the faith of some by teaching the doctrine of Hymenaeus and Philetus by saying that the resurrection is already past.

There appears to be a lack of awareness of the simple distinction which is easily made between what we and the Apostles taught versus the Hymenaean doctrine. It is clearly delineated in the text.
The issue is primarily one of time, but there are other important aspects. First, the writer already answers his own objection although he is unaware of the answer. The text says, the two false teachers were saying that the resurrection was already past. Now let’s consider this from a temporal point of view.

Paul wrote 2 Timothy in the late 60’s but surely before 70 A.D. The destruction of Jerusalem and overthrow of the temple and Levitical priesthood was yet future when he wrote. Our view is that Christ’s return occurred in A.D. 70 when that temple fell. Thus, to teach that it had already occurred is a teaching completely different than saying it was yet to occur with the destruction of the city.

In fact, had the writer read a couple of chapters over, he would have noticed that Paul taught that the resurrection was yet future. This means there is a clear distinction between the apostolic doctrine and that of Hymenaeus and Philetus. “I charge you before God and the Lord Jesus Christ who is “about to” (mello) judge the living and the dead at his appearing and his kingdom. (2 Tim. 4:1).
One said it was past already prior to 70 A.D. The Apostolic teaching said resurrection was about to come. We affirm the latter, not the former. That is the difference the writer overlooks in building a straw man argument.
Now to understand more of the details.

Concerning the second sign, he also said the man of sin would sit in the temple of God showing himself to be God. So we ask the writer who objects, what temple was yet standing when Paul wrote 2 Thess? Was it not the temple in Jerusalem?

Now, with this in mind, since we’ve demonstrated that all end times events happen at the relatively the same time per 2 Tim. 4:1, the writer would be forced therefore to admit that these Thessalonians erroneously believed that the resurrection, end of the age, judgment and return of Christ in his kingdom, already had come. What then, is the difference between the essentials of this doctrine and that of Hymenaeus and Philetus?
The one thing we can say is that as far as we know, the Thessalonians were not teaching it. They simply believed and were misled by it.

However, Hymenaeus and Philetus were actually teaching such a doctrine well before the temple was destroyed as true. The consequences for such teaching especially in the first century would mean that, the priesthood, the law, the temple, and sacrifices were not yet destroyed. This would give validity to the Torah-keeping Jews that Christ would not come to destroy the temple. Believers would therefore be misled and believe the Old Law would not pass and therefore have continuing validity. If they returned to it, it certainly would have overthrown their faith. Demas forsook Paul for that very reason, 1 Tim. 4:10. Paul said if the saints returned to the Law they were fallen from grace, Gal. 5:1-4. That was the danger in preaching a premature coming and resurrection of Christ as the two false teachers did and as the Thessalonians believed. That is why Paul corrected it.

Now here is a point to consider:

If teaching the event would occur too soon was an error in time that could overthrow the faith of some, could it also be possible that teaching the event is yet future to 70 A.D., (an error in time in the opposite direction) which could likewise mislead some into unbelief? It has done that very thing. Many Christians, some of whom were scholars have rejected the inspiration of the New Testament on those very grounds. Muslims, and Jews alike reject Christianity because of futurist teachings. That is not the only reason people reject Christianity but we have documented proof that these are specific reasons why some have done so. They believe Jesus did not return as he promised within that generation. Their faith has been overthrown by the error taught by those such as brother Cougan Collins.

To summarize our point here, it is simply this.

The resurrection/coming of the Lord would occur in A.D. 70 at Jerusalem’s fall. The fall of Jerusalem was yet future while Hymenaeus and Philetus were teaching it was past. Therefore, the doctrine of the false teachers who said it was already past is not the same doctrine as Christ’s return in A.D. 70. To claim it is to misrepresent the issue and to unjustly malign us.

The teaching of the resurrection/judgment/return of Christ is according to all things written in the Law and in the Prophets. The Law and the Prophets were fulfilled in 70 AD. Lk. 21:20-22, 32, in that first century generation. Therefore the resurrection, judgment and return of Christ, were fulfilled in 70 A.D. in the first century.