Report On Our Trip To Milwaukee for ETS Conference 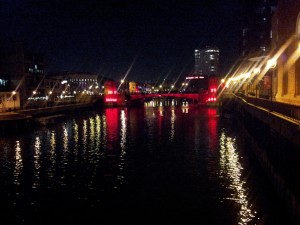 On last week, several of us traveled to Milwaukee for the Annual ETS Conference. With us, were Edmund Lee, Parker Voll, Ed Stevens, Larry Siegle and myself. Don Preston missed the trip to be with his daughter who gave birth to his newborn granddaughter. Both mother and daughter are in good health.

Don Preston and Preterist Research Institute (PRI) financed the trip on our (Siegle and my) behalf for which I am extremely grateful for the experience.  The two of us made connecting flights in Atlanta and flew together to Milwaukee through very nice weather. Each day we were there, the weather improved, with nothing as expected by way of snow or chilling winds.

A short drive from the airport and we we headed to our rooms at the Hyatt where all parties stayed. First on the itinerary was food. We walked to a local restaurant just across the street from the Bradley Center where ticket poachers offered us a chance to attend the Bucks game. We declined.

After a delicious Cobb salad with generously packed Italian sausage sandwich we were good for the night and returned to the hotel to set up the book display table for the ETS Conference.

We had positive conversations with a few of the professors and students. During the time I manned the booth, I kept a tally of the number of engaging conversations we had over the two days. I recorded 11 conversations. That number does not include any conversations held by the group when I was away browsing displays, or for lunch.  I estimate the number to be higher.

In one conversation with a professor from Jerusalem, he cheerfully joked with me saying, “If anyone asks if you’ve ever met a Wesleyan Full Preterist, you can tell them you’ve spoken with one.” He was quite friendly and left me his business card.

Lunch Meeting at an Armenian Restaurant

We also went to lunch with two students who were Preterists, Jason Storms, of Milwaukee, and Atur a native of Armenia. Their focus was mainly street evangelism. Their stories were quite exciting and the results they were having among teens and young adults were astounding. These young men exemplified a lot of courage in their work.

Edmund Lee and I attended a few of the lectures after the booth display was over. The first was a critical study on the text of Jeremiah 33:15-16 and the singular versus the plural seed of Israel. After this, we  caught a couple of excellent lectures, one on the Holy Spirit and another on the inauguration of the Kingdom which opened a few significant questions and discussion on the “consummation of the kingdom in AD 70. 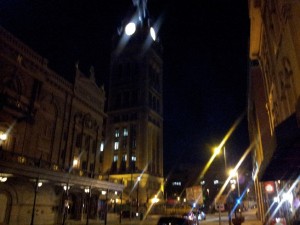 Neither did we lack interaction among ourselves and were often engaged in brisk discussions on some of our differences as we each attempted to get closer to an understanding of the opposing views to identify where we might find common ground.

Most importantly, we all left the discussions as friends in a spirit of brotherhood even with our disagreements. Each of us looked forward to the next ETS Conference to be held in Baltimore, Maryland.

During one of our dinner excursions from the ETS Conference we attended the Safe House restaurant.  This experience was unique in that it required a password to enter the eating area. Anyone who did not know the password would be video taped for all in the restaurant to see.

Edmund Lee either forgot the password or was uninformed. We all got an opportunity to see him “shake a leg” before entering. It was hilarious.

Prior to the trip home, Lee, Siegle and I enjoyed our last meal together that evening at an Italian restaurant. It was quite noisy as several had gathered for socializing before attending the “Journey” rock concert at the Bradley Center.

We rose early the next morning, arrived at the airport where we enjoyed another pleasant day of flying in beautiful weather and clear skies.