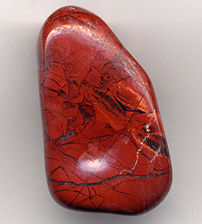 This title that qualifies also as a paragraph. But, here’s a story to explain what it’s all

about. It all happened when during my usual routine day of relaxation, I received an urgent phone call from a customer in distress.

Hurriedly, I ran out of the door, jumped in my pickup and hit the expressway in route to my customer’s location or so I thought. My best customer needed service, -right away. The distance, several miles away, required urgency to arrive before the closing hour.

I didn’t want to go. I wanted a way out, but none existed. So, what did I do?  I settled in for the long journey to what seemed as no where land to meet this customer at their location.

A technical issue created a huge revenue loss for them worsening by the hour. Having only been to their location twice, to get their business and to later return and take 15 minutes installing their equipment, the exit was a bit hazy in my mind.

Then, all of a sudden, I got this brilliant idea, to take a short cut. I turned off a familiar road and headed in another direction, unaware at the time that it was the opposite direction! Only, I thought, I was moving faster and closer to my goal. I drove, and drove until the sun began to set. I was headed in the wrong direction.

I traveled 40 minutes out of the way. Now I had to trace that entire distance back to where I got off course then head in the right direction costing me even more time. In the meantime, my customer kept calling, getting more impatient each time, and I kept promising I’d be there soon.

Finally, I arrived at what should have been a 25 minute trip after 90 minutes! My excuse. I belong to the male gender and some of us don’t ask for directions. I didn’t on that occasion, but by retracing my course, managed to get back on track. From that day forward, I ask, use a GPS system, or map an pay closer attention to the signs!

Are You Paying Attention to the Signs?

Like that trip, many Rapture enthusiasts steered off course with their interpretations in the Book of Revelation. They are heading in the wrong direction, hoping to arrive at their destination. This we demonstrate in the following with their views on the direction of the kings of the East in the book of Revelation.

Their eschatology holds that the battle of Armageddon takes place in the future, with Kings who come from the East, versus the West. Now, I can tell you, that could be a huge problem if you’re talking directions right. They’re at opposite ends of the spectrum.

Rapture Ready advocates reject the early date of Revelation, ascribe the Battle of Armageddon to contemporary and future events while denying the message of Revelation applies to the destruction of Jerusalem by Rome in AD 70.

Why? It’s because they interpret Revelation 16:12, as an attack from the East for the Battle of Armageddon. We believe they are not paying attention to the signs in the Book of Revelation.

Rapture-holics Lost at Armageddon, Kings of the East or West in the Book of Revelation?

So here is our 12–Step Rapture-holic Anonymous Program. Following this program will resolve the issue of whether these Kings Who fight in “Har-Megiddo” (Armageddon) come from East or the West.

Rapture-holics reason that the message of Revelation and the Battle of Armageddon cannot refer to Jerusalem being sacked by Rome in the first century because Rome is from the West.

Citing Revelation 16:12, they argue that the Battle of Armageddon begins with an attack from the East beyond the River Euphrates. Below is our response.

Ancient Rome was an empire having swallowed up Babylon and Medo-Persia by defeating Greece, (172-168 B.C.). Thus, Babylon at that time was subject to the Roman empire. Revelation 13:1 confirms this in the imagery of the Lion, Bear and Leopard which compositely comprised the ten-horned beast. Compare Dan. 7:1-7.

Rome, through Titus, mustered forces from all over the empire to fight against Jerusalem. Further, after a feast with Titus’ most successful commanders, he sent the rest of his army back to the places where they had been, where they would be best situated, with the exception of the tenth legion who were from the “EAST.”

After completely destroying Jerusalem, Josephus records, “But Caesar resolved to leave there as a guard the tenth legion with certain troops of horsemen, and companies of footmen. So, having entirely completed this war, he was desirous to commend his whole army…” Wars of the Jews, Book vii, i. 3.

Josephus adds that Titus, “…permitted the tenth legion to stay, as a guard at Jerusalem, and did not send them away beyond the Euphrates, where they had been before. So literally, the kings from the East had come as allies with the Roman General to destroy Jerusalem. vii. i. 3.

As we saw on 9:14, the Euphrates was Israel’s northern frontier, from which invading armies would come to ravage and oppress the Covenant people. The image of the drying of the Euphrates for a conquering army is taken, in part, from a strategem of Cyrus the Persian, who conquered Babylon by temporarily turning the Euphrates out of its course, enabling his army to march up the riverbed into the city, taking it by surprise. [Herodutus, History, i. 191]; The more basic idea, of course, is the drying up of the Red Sea (Ex. 14:21-22) an the Jordan River (Josh. 3:9-17; 4:22-24) for the victorious people of God.

Chilton went on to comment that “’Israel” had become the new Babylon and as the enemy of God must now be conquered by a new Cyrus. Quoting Philip Carrington’s “The Meaning of the Revelation, p. 265,” he says, “As Carrington observes, the coming of the armies from the Euphrates ‘surely represents nothing but the return of Titus to besiege Jerusalem with further reinforcements’; and it is certainly more than coincidental that thousands of these very troops actually did come from the Euphrates.” Ibid.

The historical and Biblical sources demonstrate once again that the “great city” of Revelation 11:8, 17:18; and chapter 18, upon whom God takes vengeance through the invasion of Rome, is none other than Jerusalem of the first century. It is the city where our Lord was crucified.

Jerusalem became a place of false religion as practiced by Judaizers, (Rev. 18:2), but the historical setting removes it from any modern day false religions and from any reference to the Catholic Church as many Protestants, Dispensationalists and Historicists are inclined to do. Following the twelve steps above is a cure for this Raptureholism.

You can find more information about this and other end time studies my book, the Re-Examination, A Study of the Lord’s Second Coming in AD 70. It contains valuable sections on the date and scholarship of Revelation. Includes study charts and the answers to many important questions on the topic. Learn more about the kings of the east in Revelation; Go here now to get your copy.