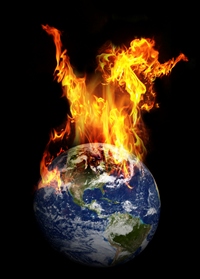 There is no question that to speak about fulfilled prophecy end times messages, doubt will be raised by the futurist camps. That doubt is often expressed in objections based on alleged contradictions.

It is often argued that if God has fulfilled all Bible prophecy, it destroys our hope and we have nothing more for which to live. So, why are we here?

While these questions are to be expected from futurists, they do not indicate that one has reflected much on their implications. The question assumes that the only way man can have an enjoyable life on earth is to have a future unfulfilled hope until some alleged end of time.

We believe this is very shallow thinking for several reasons.

First, it is a contradiction and direct violation of scripture to reason that man’s life is without meaning if he has no “eschatological” hope. By eschatological hope, we mean one that fulfills end time prophecy.

In other words, if all things are fulfilled, hope is destroyed and man must be a miserable little creature on earth. To see how shallow this type of reasoning is, let’s venture back to the garden for a moment.

When God made Adam and placed him in the garden, before Adam sinned, there was no eschatology, i.e. no end times event for which Adam expected to be taken off the earth.

He only knew that he would die and live forever with God. That was enough hope for him and it remained so until he sinned. It was only after sin entered the world that God implemented a prophetic paradigm of eschatology. That paradigm focused on the death and parousia (coming of Christ).

In other words, when those events were fulfilled, the world would be once again void of the power of sin(corporately speaking) which entered the garden through Adam’s rebellion. Believers are now free from sin and condemnation (John 3:18, 5:24; Rom. 4:7-8; 8:3).

Thus, no further prophecy end times messages are need for those who are now redeemed in Christ. Like Adam, we can fulfill our mission in this life, physically pass on and live forever with God beyond this realm.

Some have reasoned that we must have future prophecy because when God fulfilled the promise of Canaan to Israel, they yet had future prophecies to be fulfilled. Again, they were yet under the power of sin.

If the argument is valid that we cannot live in a world void of future eschatological prophecies then how can we live in heaven at the end of a so called earthly cataclysm? The reasoning is warped.

Should we expect future eschatological prophecies after death? Why not? Why was Abraham and the list of Old Testament patriarchs of Hebrews in expectation having died in faith? For what were they hoping for even in death? Was it not that eschatological promises would be fulfilled?

Thus, if all things are not yet fulfilled while we are in this life, how can they be fulfilled once we die? So goes the one, so goes the other. We might be wise to reread Jesus words in John 11:25-26. That should settle any concern and conflicts over our status as believers and prophecy end times objections.