When Was The Promise of Abraham’s Covenant Fulfilled?

Was the Promise of Abraham’s Covenant Fulfilled in Jesus’ Death? 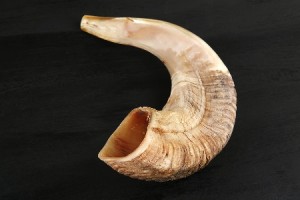 Some who have opposed covenant eschatology, sought to respond by reasoning that the promise of Abraham in Gen. 12:3 was fulfilled in the death of Christ.

This would place the promise in 30AD before the gospel was preached. But the promise of Abraham’s covenant is pregnant with meaning. It has implications that extend far beyond the cross in its outreach.

Failure to see the extent of the promise to Abraham’s covenant causes one to short-sell the fulfillment in exchange for another set of promises unrelated to Israel of the Old Covenant.

If the promise to Abraham, particularly of Genesis 12:3 was fulfilled in the death of Christ, how were the Gentiles included in that promise? The promise of Gen. 12:3 was “the Scripture foreseeing that God would justify the Gentiles by faith preaching of the gospel to Abraham saying ‘In you all the nations shall be blessed.'” (Gal. 3:8).

Gentiles Included in the Promise of Abraham’s Covenant

The salvation of the Gentiles inclusion into the promise of Abraham’s covenant is the “mystery” of the gospel, Eph. 3:4-6: That the Gentiles should be fellow HEIRS, of the same body, and partakers of His PROMISE in Christ through the gospel. (An heir is someone who hasn’t inherited, Gal. 4:7, 30).

Abraham’s Promise and the Mystery of God

The mystery of Christ among the Gentiles was Christ in you the “HOPE of GLORY, Col. 1:27, which mystery was not finished (completed) until the sounding of the “LAST TRUMPET” (Rev. 10:7). But in the days of the sounding of the seventh angel, when he is about to sound, the mystery of God would be finished, as He declared to His servants the prophets. O.T. prophecy however, was not fulfilled at Christ’s death, (Matt. 5;17-18). but at the fall of Jerusale,m Lk. 21:20-22.

That means if the mystery is fulfilled at the sounding of the last trumpet, it occurs at the “time of the resurrection” i.e. the Parousia. Thus it was yet Abraham and the Gentiles’ hope even during the writing of Galatians, Ephesians, Colossians, Hebrews and Revelation, etc.

The Promise of Abraham’s Covenant Included The World (Rom. 4:13-18)

“For the promise that he would be the heir of the world was not to Abraham or to his seed through the law, but through the righteousness of faith…Therefore it is of faith that it might be according to grace, so that the promise might be sure to all the seed, not only to those who are of the law, but also to those who are of the faith of Abraham , who is the father of us all”.

The promise of the world [about] to come was yet future (Compare Heb. 2:5, 6:5) when Paul wrote Hebrews. Abraham was yet waiting to enter it as we see below. By the way, many Amillennialists believe the age to come has not yet arrived even to this day!

Promise of Abraham’s Covenant and the Heavenly City of Hope

“These all died in faith, not having received the promises, but having seen them “AFAR OFF” were assured for them, embraced them and confessed that they were strangers and pilgrims on the earth (land)….BUT NOW [at the time of writing] they desire [HOPE FOR] a better, that is, a heavenly country. Therefore God is not ashamed to be called their God, for He has prepared a CITY for them.” (Heb. 11:13-16).

You see, the PROMISE of Gen. 12:3 is the HEAVENLY CITY of Heb. 11:16, the joint hope of the Gentiles. That is the PROMISE which was coming at the very very little while return of Christ, Heb. 10:37 for which the saints needed confidence to receive the REWARD.

“Therefore do not cast away your confidence, [cf. Heb. 3:6, 14 which parallels the promise to the REST of God, Heb. 4:1] which has great reward. For you have need for endurance, so that after you have done the will of God, you may receive the PROMISE. For yet a LITTLE WHILE, and He who is coming will come and will not tarry.” (Heb. 10:35-37).

Thus, Heb. 11:39-40 says, “And all these [includes Abraham] obtained a good testimony through faith, did not receive the PROMISE, God having provided something better for us, that they should not be made perfect apart from us.

Therefore, if Gen. 12:3 was fulfilled at the death of Christ, then:

These are all the implications of view which says the promise of Abraham’s Covenant was fulfilled at the cross.  It means God would bring wrath upon the Jews from a covenant which had been abrogated.

For those who believe that the Old Covenant ended at the cross here is a simple question regarding covenantal obligations. Do you pay on an installment contract which has been abrogated; cancelled as debt or as an annulled obligation. Can you be threatened to pay on the basis of that which has already ended?

Why you would do like any red-blooded American would. You would get out a copy of that cancelled contract, send the company a copy or present it in person showing it was paid and cancelled and there would be nothing they could do. If they did, you could either walk away or file suit.

“Beware therefore, lest what has been spoken in the prophets come upon you: Behold, you despisers, marvel and perish! For I work a work in your days, a work which you will by no means believe, though one where to declare it to you. (Acts 13:40-41)

God threatened the unbelieving Jews with a “DEAD” “Cancelled” “ABROGATED” covenant according to some! How cruel is that? How unjust? Does not the judge of all the earth do right? Is he less righteous than man?

But if the wrath of the old covenant was cancelled, why wasn’t the PROMISE of SALVATION of that same covenant cancelled? Why were the believers inheriting the “Promise” of Abraham’s covenant blessing and not its curse?

For a more detailed study of the transition of the two covenants, see our Audio CD study: Did God Have Two Laws In Effect from 30-70 AD?

The Promise of Abraham’s Covenant

Tags: promise of abraham s covenant, The Promise of Abraham's Covenant
« Did Christ’s Second Coming Happen in 70 AD? But of That Day & Hour
Christ Shall Appear A Second Time Hebrews 9:28 Commentary »