The Doctrine of Predestination and Election 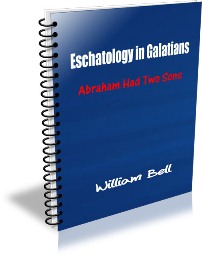 The doctrine of predestination and election is often debated outside the realm of the historical biblical context. As a result, predestination turns out to be another form of replacement theology where Old covenant ethnic Israel’s salvific role is set aside for the “orthodoxy” of reformed theology.

Recently, Bryan E. Lewis wrote an excellent paper addressing the problem of this method of interpretation. For preterists, it should be obvious that the historical context must take precedence over one’s theological or traditional views, otherwise, what is the point of even studying the preterist view. It is grounded in understanding the historical setting of the eschatological  promises of God.

Predestination and Election in Romans

Lewis, traces the history of predestination and election from Augustine up to the reformers showing their common point of departure is Romans 9. He offers an excellent exegetical and historically insightful development of that context establishing old covenant Israel as the “vessels of wrath” according to Old Testament prophecy and the teachings of John, the Baptist, Christ and the Apostles.

Reformers would be hard-pressed to find any references to predestination and election in the Bible suggestive of any Christian synods or councils as those in post-apostolic history. The claim that God has predestined a certain number of individuals to be saved and the rest to be condemned cannot be established within the Biblical framework of covenant eschatology.

Bryan argues that the election had already been obtained by the remnant of Israel (Rom. 11:7) a far stretch from a reformed context. The remnant according to Paul are those to whom pertain the adoption, the covenants, the giving of the Law and the promises of God. Why would God be giving the Law to Christians versus Jews in the first place?

Those who were blinded were not eternally lost without the possibility of salvation for Paul speaks of grafting them in again if they continued not in unbelief.  If we follow through on Paul’s train of thought that the elect are ethnic Israel, we can understand his statement in 2 Tim. 2:10. Therefore, I endure all things for the elect’s sake that also they may obtain the salvation which is in Christ Jesus with eternal glory. The point is that this is the predestined election who at the time were lost!

Why is Paul enduring persecution in order that they also i.e. the “predestined elect” may  obtain salvation in Christ if they were already saved? Sure there are problems with predestination and election in the light of the historical setting of the New Testament.

Predestination and Election in Ephesians

That Israel is clearly in view in Ephesians 1:5-15 is seen in Paul’s use of the pronouns “us” versus “you” dialogue. He speaks of being predestined to the adoption of sons. How many adoption doctrines are their in the Bible. To whom did the adoption and covenant promises belong? Does not the Bible clearly say they were “Israelites who were under the law,” (Rom. 9:4; Gal. 4:5)?

Bryan’s study on Israel, Predestination and Election goes into much more detail on the subject. Bryan’s background is reformed but he has come to a better understanding because of the implications a historical approach. See his excellent study on predestination and election here.