End of the World 2012 and Population Growth 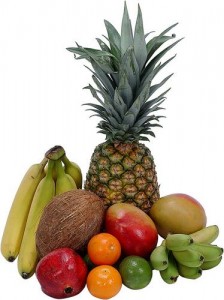 Food Shortage Predicted after End of the World 2012

Do we have a little conflict with the end of the world 2012? Scientists report that by the year 2050, the population on earth will exceed 10 billion people.

Obviously, they expect the year 2012 to pass without so much as a spark, let alone the end of the planet.

Seems we have another statement of God that rings true. “One generation passes away, and another generation comes; but the earth abides forever. (Eccl. 1:4)

Nothing we’ve seen thus far in the realm of eschatology gives reasonable ground to reject this passage.  So what happens to the last great day in the end of the world 2012 scenario?  Where are those last days of planet earth? Would they not serve as a valid response to population control?

Prophecies of the last days describe the times and nature of those events. While the end of the world 2012 has emerged as a popular sign of the terminus of the world, it originates from pagan literature. The last days events were inclusive of the:

All the above events were fulfilled in the first century before the generation who lived in the times of Christ and the apostles passed away, Matt. 24:34.

Proposals for Population Control Beyond the 2012 Last Days

Since scientists and those who study population control are not staking bets on either the alleged end of the world 2012 hoax or the rapture, what recommendations will they make for the government. According to Yahoo news, the two continents that will experience the greatest population growth are Africa and Asia.  Suggestions are being made to:

Most of the suggestions above are politically correct. However, if history teaches us anything especially with respect to Africa, there will be manufactured diseases such as aids, genocide, war, foreign incited civil wars, food control and other man-killer operations in place. We do understand that natural death is part of the solution to the problem but mass-murder is not. (Ex. 20:13; Rom. 13:9)

For those who understand there is no such event as the alleged Rapture or end of the world 2012, responsible leadership demands that humanitarian solutions are found to create the resources needed.