No More Tears From Bondage and Exile

No More Tears In Bible Prophecy 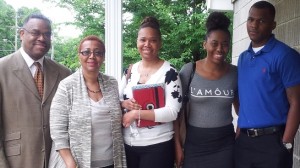 What is the meaning of “no more tears” in prophetic texts of Scripture? At the coming of the new heavens and earth, when the holy city descended from heaven and the tabernacle of God is with men, the text says there would be no more crying, nor death, sorrow and pain. God would wipe away every tear from their eyes.

To understand the concept of no more tears, we must see Israel, the ancient people of God in the particular context in which “tears” are produced. The most shallow interpretation of such language applies these tears to the common human experience. Such triviality fails to comprehend the import of the language.

The theme of exile of God’s people runs through the Bible. When Adam sinned, God sent him out of Eden into Exile. He guarded the way of the tree of life. Access to the tree of life was the only means Adam had of escaping the death and exile into which he found himself.
Exile means “enforced removal from one’s native country”.

Adam’s life was supposed to be lived in the Presence of God. However, the sin and the death entered the world through Adam’s transgression (Rom. 5:12) and the result was his expulsion from the garden. Since that time, man lived in exile from God with no escape or atonement for his sin.
God began to teach man about the horrors of exile (separation from God) through many experiences in the lives of the patriarchs and the nation. In addition, throughout history we have lessons of the pain of exile.

No More Crying Results From Experience in Exile

A people who have been taken captive, their culture destroyed or under threat of destruction, i.e. a people who are not allowed to experience their own self-determination are people who commonly shed tears of exile and oppression. The following examples demonstrate this point.

When Israel was in Egypt, under the ruthless rule of Pharaoh, they cried out to God for deliverance. Their labor was harsh and cruel; their freedom denied and their ability to move about freely was non-existent. “Now it happened in the process of time that the king of Egypt died. Then the children of Israel groaned because of the bondage, and they cried out; and their cry came up to God because of the bondage. So God heard their groaning, and God remembered His covenant with Abraham, with Isaac, and with Jacob. (Ex. 2:23-24)

Note that Israel’s cry caused God to remembered his covenant promise to the Fathers to give them the land which was a promise of freedom from bondage and oppression, (Gen. 15:13-14). Thus, receiving the land meant deliverance from exile and affliction to that of freedom. Israel wept many times during their journey from Egypt to Canaan, until they gained their liberation at which time they rejoiced.

No More Tears in Babylon

During the time of the Babylonian captivity, the nation found themselves weeping again, a direct result of their bondage. “By the rivers of Babylon, there we sat down, yea, we wept when we remembered Zion. We hung our harps upon the willows in the midst of it. For there those who carried us away captive asked of us a song and those who plundered us requested mirth, saying, ‘Sing us one of the songs of Zion!’ How shall we sing the Lord’s song in a foreign land? (Psa. 137:1-4)

This text further illustrates the contextual association of “weeping” and “exile” under foreign oppressors and rule.  Such oppression of a free and proud culture of people always results in tears, not the common tears of everyday pain and sorrow, but that which is more deeply felt by an oppressed nation and people. God wrote an entire book on Israel’s tears of exile in Babylon, –Lamentations. See Lam. 1:1-3, 2:11-13, 18-19.

The Middle Passage of the Atlantic slave trade in the U.S. was another period of tears related to captivity and oppression. The “Trail of Tears” of the Cherokee and other Indigenous Indian tribes forced out of Georgia and other states for the 800 mile trek through sickness, disease, dying, harsh winters and fatigue is but another example.

Of recent times, the Nakba, where 700,000 Palestinians were forcibly driven from their homeland into exile is yet an ongoing saga of a trail of tears due to exile and creation of millions of refugees.  As these are national experiences of a people uprooted from their land, homes, often with only minutes to gather a few items for a long arduous trip into the unknown is truly a weeping for which they deeply long for no more tears.

God’s Promise of No More Tears

In the contexts such as those above, God made promises to Israel that the voice and noise of weeping would be silenced. When Israel entered the promised land and the reproach of her enemies rolled away in past memories, they no longer wept. They shouted for joy. The journey and experience of freedom had finally come.

During the exile of Babylon, God comforted his people who wept by the rivers of Babylon that he would wipe away their tears. “He will swallow up death forever, and the Lord God will wipe away tears from all faces; The rebuke of His people He will take away from all the earth; For the Lord has spoken. And it will be said in that day: ‘Behold, this is our God; we have waited for Him, and He will save us. This is the Lord; We have waited for Him; We will be glad and rejoice in His salvation.” (Isa. 25:9).

When the king of Babylon fell, the persecution ceased and the text says the whole earth was at rest and the people “break forth into singing”. Even the trees rejoiced. (Isa. 14:4-8).

We demonstrated in a previous writing, “In This Mountain He Will Swallow Up Death”, how this text had a primary application to the contemporaries of Isaiah. When God delivered the Southern kingdom from Babylon, the people rejoiced. Their mirth was turned into singing. There was “no more crying” related to the oppression of their captors in a foreign land. They could now express their culture, religion and self-determination freely in their own land.

The Eschatological Promise of No More Crying

Isaiah 25:8 also looked forward to the end of the oppression and bondage of the  people of God related to Adamic death caused through sin. This was the bondage of all humanity and which caused a mourning greater than that of physical captivity. Hence, the words of Christ, “Blessed are they who mourn, for they shall be comforted”. (Matt. 5:4). The superficial application of common sorrows fails to grasp the depth of the text. It is in relationship to the bondage and oppression of Satan, sin and Adamic death and the exile of separation from God caused through sin, Isa. 59:1-2, that such mourning and comfort must be understood.

Isaiah 49:10, fulfilled according to Revelation 7:16-17, shows the connection with leading God’s people to living springs of water. As a direct result of oppression, as Palestinians are limited to only 20 percent of water resources due to oppression in Israel, many slaves during the middle passage,  suffered and died of thirst, drinking sea water and the Cherokee Indians along the Trail of Tears drank stale disease infected water along the way resulted in much sickness and death.

Israel’s need and desire for water during the Exodus demonstrates the meaning of Isaiah’s prophecy. Sin represents the drought of the soul and living water is salvation. This is the salvation of which Isaiah spoke. The living springs represent the blessings flowing from God versus their former distress.

The timing is also critical. This deliverance follows the great tribulation. John, and the saints were already experiencing the great tribulation when Revelation was written, (Rev. 1:9). It was a first century event. Following this great tribulation, they would be led to living springs of water (the times of refreshing) and when God wipes all tears from their eyes.

Isaiah 65 and the New Jerusalem

Isaiah spoke that God would create a new heavens and a new earth and the former would not come to mind. “But be glad and rejoice forever in what I create; for behold, I create Jerusalem as a rejoicing, and her people a joy. I will rejoice in Jerusalem, and joy in My people; The voice of weeping shall no longer be heard in her, nor the voice of crying. (65:17-19. Compare Rev. 6:16-17).

It is for this reason, John sees the new Jerusalem coming down out of heaven prepared as a bride adorned for her husband in which he declares “Behold the tabernacle of God is with men, and He will dwell with them, and they shall be His people. God Himself will be with them and be their God. And God will wipe away every tear from their eyes; there shall be no more death, nor sorrow, nor crying…” (Rev. 21:1-4).

When the oppression and persecution against the church by Ishmael (unbelieving Israel) ceased, and Christ returned having put away sin and death, i.e. ending the exile of the people of God, and having burned and destroyed the city of the enemies in 70AD, the people rejoiced. Isaiah says this rejoicing is forever for the kingdom of God has no end. Sin and death and rule of Satan is now forever defeated. There can be no mourning for such oppressive rule in the kingdom of God. Truly we now have no more tears.

Tags: Adamic Death, Babylonian Exile, Middle Passage, Nakba, no more tears, Trail of Tears, Tree Of Life
« John the Baptist, An Eschatological Figure
In Isaac Shall Thy Seed Be Called »