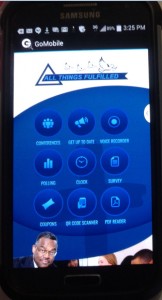 As we continue our study of the Confusing Worlds of Futurism, we examine the new heavens and earth of Isaiah 65:17f. The new people of God who were yet to created in a generation clearly beyond that of Moses and the Prophets is the subject. In fact, many believe that the new creation has not yet arrived.

However, so that there is no mistake about which generation was meant, Isaiah sets up the historic and chronological parameter for the fulfillment of his prophecy. Paul, in his letter to the Romans concurs with the same, quoting directly from Isaiah and applying the prophecy.

By having this information before us, we can get a more bird’s eye view of what the new creation is all about. If, as the futurist Amillennialist teaches, the new creation is yet to be created then to whom would we assign the present one? This is the problem we have when our focus of scripture is cosmic versus covenantal.

The issue does not improve even for other millennial views which have a paradigm that sees the new heavens and earth yet unfulfilled. I have presented a series of videos on 2 Peter 3 which can be found on my AllThingsFulfilled YouTube(TM) channel.

I strongly encourage you to watch all of them as each one builds upon another. I have a few more in that series to go, but by the time you’ve watched them all, its possible I will already have uploaded it. They form the background for the existing studies.

These lessons are important because they address the erroneous paradigm of the Black Hebrew Israelites and the Christian Zionists, a largely European version of the same pro-Judaic politically weighted eschatologies. Both views seek to perpetuate Torah into a current setting and applicability for believers today. Both make Torah supercede the gospel even though many among them may deny it though some will not.

The Christian Zionists are inebriated with Israel and all things Jewish. The Hebrew Israelites boast in their e1b1a1a1f1a DNA markers, than they are with spiritual and covenantal seed of Abraham in fulfillment of the promise.

The New Heavens and Earth A Paradigm Fulfilled

When, however, the prophesies are summed up in the New Testament, the doctrine of the new heavens and earth reach their consummation. See also Living In Eternity which helps to walk the reader through this premise.

After watching the video, feel free to leave comments on the subject. Look for part two of in the next couple of days where we delve more into the elements of new heavens and earth from the text of Isa. 65:17.