Moses Law on Tattoo and Sin

More Tattoo Issues and the Law of Moses 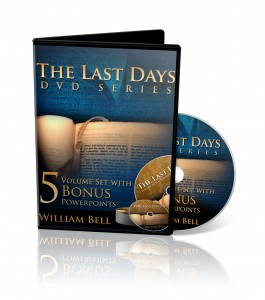 In this final segment on the tattoo we examine a few of the reasons offered as  a condemnation of body art and the tattoo. Rather than address each specific question which is raised on the issue, it is best to approach the subject from categories, i.e. legal, medical, social, spiritual etc.

We have address the legal issue of wearing tattoos as it applies to the covenant of Moses. See the previous posts. The Law of Moses first and foremost is no longer in effect. Many are going to stumble at this very point. Failing to understand that the Law of Moses is not our guide for the application of Christian doctrine unless that same law is found in the New Testament is critical.

We gave the example of the Levitical dietary laws. Those laws clearly were for Israel as God’s specific covenant people. They no longer exist as a covenant nation today. Therefore, no such language applies to them or us.

If we bind the Law of Moses on one point, we must bind it on all points. “For whoever shall keep the whole law, and yet stumble in one point, he is guilty of all.” (Jas. 2:10). Are Christians today bound by the dietary laws Moses gave Israel? Of course not.

The Tattoo And Culture

A thorough reading of not only Leviticus 19:28, but the Law of Moses shows clearly that God wanted Israel to be separate from the nations and characterized by holiness. Those nations were in the practice of cutting themselves and marking or tattooing their bodies in worship and honor of their gods.

The manner in which they shaved their heads and beards also expressed cultic worship practices. So the question here would be more appropriately, “Is it sin for Christians to wear tattoos in honor of pagan deities? But why stop at the tattoo? Is it sinful for Christians to eat things sacrificed to idols? On this very point, Paul said, “Rather, that the things which the Gentiles sacrifice they sacrifice to demons and not to God, and I do not want you to have fellowship with demons. You cannot drink the cup of the Lord and the cup of demons; you cannot partake of the Lord’s table and of the table of demons.” (1 Cor. 10:20-21)

Eating is certainly a lawful activity for the Christian. We can eat foods that Israelites were forbidden to eat, (Lev. 11:1f; 1 Tim. 4:4). However, the purpose or motive can make what is good, evil. If a Christian eats for the express purpose of harming or offending his brother his otherwise lawful eating becomes sinful. (1 Cor. 8:7-13)

The Tattoo and Medical and Health Implications

Research shows that some danger exists for those who wear tattoos. Hygiene concerns from needles and inks used can be harmful to the body. Many do not consider these issues until after the fact. That alone does not make it wrong to get a tattoo. People are dying in hospitals everyday because of improperly performed medical procedures. But, should the fact that a person dies because of malpractice justify condemning all medical practice?

This is one of the risks Dr. Ben Carson faces when doing his world famous neurosurgery operations. People sometimes die. The same is true with automobile and plane crashes. Should they be condemned because some people get injured or die? There are many other health hazards in boarding a plane than the potential plane crash. Just as food allergies can injure and cause death, many things in this world does.

Now is it wise to take such a risk? I would think not. Just knowing that my body could be infected from the ink or needle bothers me. But, I feel the same way when the nurse draws blood for a lab test.

The Tattoo and Social Concerns

A Christian spouse may be highly offended that a partner desires a tattoo or wears one. A boss may refuse to hire a person with a tattoo. Some social institutions may also reject the person. Christians do have a responsibility to the sensitivity of others  as noted above. However we must also be careful not to show respect of persons. What applies to clothing also applies to body art.

Non tattoo wearing Christians may be condemned for the mistreatment of those who wear them. “My brethren, do not hold the faith of our Lord Jesus Christ, the Lord of glory, with partiality. For if there should come into your assembly a man with gold rings, in fine apparel, and there should also come in a poor man in filthy clothes, and you pay attention to the one wearing the fine clothes and say to him, “You sit here in a good place,” and say to the poor man, “you stand there,” or, “Sit here at my footstool,”  have you not shown partiality among yourselves, and become judges with evil thoughts?” (Jas. 4:1-4)

A final point to consider is what messages are being conveyed by the tattoo? Things which can be totally harmless can become sinful in their use. Guns, knives and even words can be harmless until they are misused. A tattoo with illicit images certainly crosses the line of the Christian’s mandate to communicate with wholesome words of grace and to avoid certain conduct and content. A lewd tattoo may also violate civil laws.

Also it is wise to consider that a tattoo may be appealing today, but we must also live tomorrow. In the 70’s, I wore a huge Afro, stacked-heel platform psychedelic gaucho boots (one pocket pants) and ruffled shirts because it was in vogue. Today, people dress like that at Halloween or throwback parties for the most part. I now have teen age grand kids that rib me for being a stuffed shirt and tie person.

So think long-term about the tattoo. It may not be your choice 10 or 20 years from now for myriads of reasons. I do not believe the Bible condemns wearing a tattoo based upon what I’ve written, except in those circumstances where the tattoo crosses certain lines. Even with that said, the fact that it may be lawful, does not mean it is expedient. Some things allowable may not always be helpful. ”