More End of the World Hype

The Sky Is Falling! The End of the World Is Near, Again? 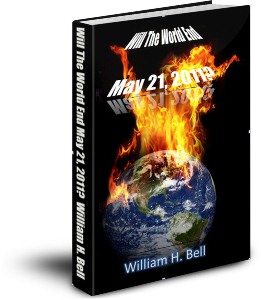 The End of the World is Almost Here! God will end it all on May 21, 2011. Haven’t you heard this? Aren’t we about sick of this hype? Don’t the people who make this claims know that we can track their record of success (excuse me, failure) from the 80’s 90’s and early 2000’s? Have they ever accurately predicted the end of the world? No!  So what makes them think they will succeed this time? They have no more evidence than they had before and they ignore what the Bible says about the matter.

Perspective Is Important For End of the World Passages

What is woefully lacking from these false prophets is perspective. We do not mean that they don’t have a perspective about things in general. What we are talking about is perspective from the standpoint of when the apostles wrote their message, to whom it was written and to whom it applies. That’s what we mean by perspective. To lift passages from the Bible and claim the end of the world is about to happen shows a disrespect for perspective.

No words are ever spoken in a vacuum. They have a context, a perspective. Often the same words spoken can mean something totally different if we don’t have perspective. The way to gain perspective is to identify the historical, geographical and contextual setting of a text. That said, let’s take a look at some judgment passages.

God Is About To Judge The World

Now it is true that the Bible says that God was about to judge the world.”For he has appointed a day in which he is “about to” (mellein) judge the world in righteousness. Paul spoke these words to the Athenian philosophers who besides entertaining themselves with the worship of idols, zealously sought out some new thing about which to converse.

Paul’s aim was to urge them to abandon their false idols and worship the Lord because at an appointed day, soon in “their” future, he was about to judge the world. The judgment of the world does not mean the end of the world as in the destruction of planet earth.

How do can we know that judgment was imminent? First, Paul uses the term “mello” which when used with the infinitive almost always if not altogether means to be on the point of, or about to do a thing. It means the event was urgent and about to happen. So, Paul told the Athenians to repent because judgment was imminent.

There are some commentators who refuse to acknowledge and properly translate the world mello to mean imminence. They simply translate it without any temporal significance. But, our book, The ReExamination points out the fallacy of this attempt. It shows how inconsistently the world is translated among scholars who can’t or refuse to agree on which texts mean imminent and which do not.In the end however, imminence rules the day.

Secondly, the word mello is usually tied to a more emphatic time statement in the remote context. For example, once we identify that Paul writes of the judgment and end of the world, we can look up the subject in another passage, for example 1 Peter 4:17. Peter writes, “For the time of the judgment has come.” Now, could Paul and Peter be writing of two different judgments to come? Peter speaks of the very same judgment of which Paul’s speaks, yet Peter says that the time for that judgment had come. He wrote earlier that the “end of all things is at hand” (1 Peter 4:7).

Therefore, Paul and Peter are agreed that the judgment was near, at hand and about to come in their day. That’s perspective. We’ve used the first century context, first century writers and their first century audience to gain a perspective on what they have said.

The End of the World – Is Jesus Is Coming Soon?

One of the most horrible songs in the hymnal is “Jesus is coming soon,” as it is sung today by the present day church. They are lacking in perspective. They are singing a song relevant to first century only in the 21st century. Most are so blind to this they don’t even stop to think about it.

Others, continue after it is pointed out to them.  Others need something to control people in the pew through guilt so it becomes a manipulator. But, it matters not how sincere the messenger is, it is a false message that continues to delude people and weaken the church.

As I write this, I am in possession of a tract presented by Family Radio. One quote says, “I Hope God Will Save Me – We Are Almost There!  To God be the Glory!” God gets no glory in this lie. In fact, it robs God, Christ and the Holy Spirit of glory because it is not true relative to the judgment of which the tract warns.

May 21st, will be just another day, like all the says since Harold Camping, Hal Lindsey, Edgar Whisenant and the Left Behind group started leaving their doctrines behind for others to follow.

So, unless you have some reason to otherwise, don’t go selling all of your property, quitting your job and giving away all your cash. You’re going to need a place to live on May 22, 2011. You’ll need some food. You’ll need a job.

False Prophets on May 21st and the End of the World

People should stop listening to them until they change. The world already has. That’s the damage they’re doing to Christianity. Their message says they want the world to believe in a lying God. God does not lie. If the world doesn’t end on May 21, 2011 and it won’t, then God never said it would.

The litmus test of prophecy is stated in Deuteronomy 18:19-21. If a prophets speaks a thing and it does not come to pass, that is the thing that the God has not spoken. The prophet has presumptuously spoken a lie in the name of God. See you on the other side of the end of the world fanaticism. Hopefully, after this end of the world charade is over, people will demonstrate a more sensible approach to the Bible by reading it with perspective.