Were Two Laws – Torah and the New Testament in Existence From 30 to 70AD?

Were Two Laws – Torah and the New Testament in Existence From 30 to 70AD? 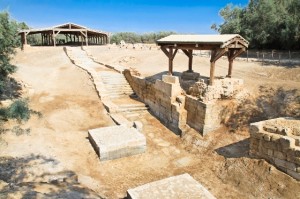 I could not get all the following comments in the video as posted on YouTube, so I posted them here along with the video.

For those who reject or have difficulty accepting Covenant eschatology, also known as realized eschatology but also sometimes referred to as Preterism is the view that the end times are about the transition from the Old Covenant, “Torah” (called ministration of death due to its inability to take away sin through its animal sacrifices (Heb. 10:4) to the New Covenant of Christ, (Messiah) by whom and through whose blood Israel was redeemed from sin.

It therefore focuses on Covenant transition or change versus the destruction of the physical world such as the hype taught by ranting doom and gloom pseudo wanna be prophets and televangelists.

All end of the world terminology, such as heaven and earth being destroyed is the Jewish apocalyptic language of the prophets that usually refer to civil governing domains and authorities as the heavens, the stars as rulers and the earth as their subjects.


Prior to 70AD, national Israel had a special covenantal relationship with God through Torah, which ended at the destruction of their temple by Titus, the Roman general who burned it to the ground, according to the prophecy in Matthew 24 and it’s parallel chapters Mark 13, Luke 17 & 21, signaling the end of their privileged covenantal status forever, never to be reinstituted. Their only hope is the one hope for all who is Christ in you, the hope of glory.

The book of Revelation is the Apostle John’s expanded and apocalyptic version of the destruction of Jerusalem, so often misconstrued and mistaken to be the end of the physical world. It is a book which describes the victory of the Second Exodus (See Isa. 11:11f, to salvation from the bondage of sin.

This process led to the establishing of a better covenant for Israel according to Jeremiah 31:31-34; Heb. 8:6-13, where he would “take away their sins” and “remember them no more”. However, the process was not immediate. Many theologians believe this happened instantaneously when Jesus died on the cross.

However, according to the words of Jesus, the Christ, and according to Torah, (known commonly by Christians as the Law of Moses), not one jot or tittle could pass from the law till all were fulfilled, which also equates with the passing of heaven and earth. (Matthew 5:17-18; Acts 3:22-25; 24:14-15; 26:16-18; 22-23). In fact, everything taught in the New Covenant was merely the fulfillment of the promises and prophecies made in the Torah.

However, the inauguration of the New Covenant occurred not instantaneously, but over time creating a condition where the laws overlapped for a time. This has caused some to believe that Christians were under both laws at once. To the 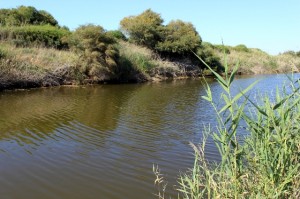 Therefore, they were not under both laws at once even though both laws ran currently for a time, until God could fulfill all things written in the Torah. Further, it was a time of his long-suffering toward his covenant people Israel so they, as a nation would not perish by availing themselves to mercies and grace he provided through the death of his Son, Jesus Christ, which many at the time accepted, and were delivered from sin and the wrath of God in the impending siege of Jerusalem. History reports not one Christian in Jerusalem lost their life because they had been pre-warned by Christ to flee the city, as Matt. 24 demonstrates.

The Spirit provide life during the transition for Christians who were dead to the Law (Torah) but who had not yet entered into their inheritance through the New Covenant. They were, like their predecessors under Moses, traveling through the “wilderness” being persecuted as Isaac was by Ishmael (a figurative or allegorical description of national Israel, Jews according to the flesh)  who opposed Christ.

This is why the Jews in the N.T. are likened to Egypt, (being in bondage to sin) John 8:33, and persecuting Christians as Pharaoh and his people did as they were traveling to the promised land to receive their inheritance. Both the first exodus and the end exodus took about 40 years to complete, (Psa. 95:11; Heb. 3:7-11). The time from from about 30AD, the death of Christ (the offering of the firstfruits at the Passover Feast) until the 70AD, the corresponding to the Jewish Festival of Harvests and Trumpets. In fact the complete eschatology scenery is based upon and corresponds to the Jewish Feast days.

This explains why the last (of 7 trumpets) is blown signaling the end and time of harvest, (terms and concepts which Jesus often spoke about in the parables of the kingdom in the gospels).

The end, therefore, is not the end of time as erroneously supposed by today’s misguided and uninformed or obstinate ranters, but is rather the end of the age, i.e. the end of the Jewish age, the Levitical priesthood, the physical temple era. As long as that temple stood, i.e. had a covenantal standing, the way into the holiest of all was not made manifest, (Heb. 9:8-10). Therefore, it had to be removed permanently for God to open the way of heaven to all. Thus, a rebuilding of the physical temple (if such were covenantally possible and thank God it is not) would shut up the doors of heaven to all as long as it remained. 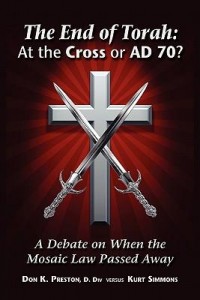 , all the statements of imminence in the new testament. such as the “time is at hand, the judgment is near, coming quickly, soon, no more delay, are references to Christ’s coming in judgment upon national Israel to destroy their Jewish economy and open salvation to the world. However, the promise was first and foremost to Israel, God’s chosen people and sadly, only a remnant received him. Yet, their refusal also open the way of holiness to the Gentiles, many of whom gladly accepted Christ to the envy of their Jewish forerunners which envy by the way caused many Jews to be saved, Rom. 11.

So, in this video on Were Two Laws – Torah and the New Testament in Existence From 30 – 70D?, we demonstrate how God’s long-suffering (Rom. 2:5; 2 Pet. 3:9, allow the Jews time to repent, who remained under the law in hope that they would choose Christ, and be delivered by dying with him. It eliminates the apparent objection by those who have problems with the transitional nature of Covenant Eschatology and who want an abrupt “casting away of Israel” at the cross.

Such view is untenable and cannot be defended. We hope you enjoy the informal video. I just decided to turn the camera on and roll with it, but if understood, it should help all of those who want a better understanding of how for a short time, the two laws co-existed, until “Ishmael” or “spiritual Egypt” was destroyed forever settling the question of who are the true sons of God.

We could only hope that God’s message of the gospel would permeate the minds of our “Christian Zionists” so they too would understand who true Israel is and stop the train wreck they are creating for innocent sufferers because of their blindness. The people of Palestine are more closely blood relatives of Abraham and the ancient Jewish people than are those claiming to be Israel.

The message of Covenant Eschatology is vital to helping to unmask this boogie monster that has terrified the world, killed millions, wastes trillions in stupid wars, and creates ill will throughout the world. It is a message of victory and peace. Let us run to embrace it and bring the world together in harmony and love. May God bless you and I hope to see you soon in the next video.

Tags: New Testament
« Kurt Simmons Misrepresents Covenant Eschatology View on the Law of Moses
Is the Kingdom of God on Earth Now? »