The Kingdom of God Established in Judgment

Kingdom of God Established in Judgment 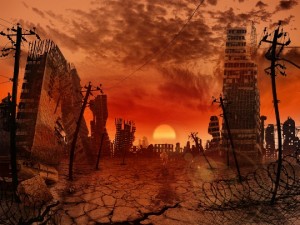 Isaiah 2:2 is often used as a proof-text for the time of the kingdom to be established. The view of some is that AD 30 marks the time for the establishment of the church. However, the text of Isaiah 2 is much more broad than this narrowly interpretive view.

In fact, the very first verse of Isaiah 2 expresses a burden, a prophetic utterance which means judgment. Thus, to interpret the text without incorporating the primary purpose for which is is written is extremely naive. I once held such a view but had to abandon it in light of the larger context.

Isaiah One and Charges Against Judah & Jerusalem

Isaiah’s prophecy is called the “vision” concerning Judah and Jerusalem. In one verse, God speaks of their “rebellion” and “lack of knowledge”. They are called:

As a result of these charges in chapter 1, God pronounces judgment upon Judah and Jerusalem in chapter 2. To ignore this is to grossly misinterpret the context.

They have been sold a bill of goods that Pentecost is the Hub of the Bible and they have been spinning in circles on that hub ever since. Every time someone offers a hand to help them off they appear to be too dizzy to recognize the error.

Isaiah 2, does not end with the second or third verse. It is a complete context continuing through the end of the chapter. To read it with such a myopic view would do as much injustice to the context as would reading chapter one in the same manner.

Isaiah chapter two speaks of the word concerning Judah and Jerusalem. It is not “part of the word” but the word. It is a single prophetic utterance, not a hop-scotch one consisting over parts that fit one’s view and leaving out the parts which do not.

Coming in the Last Days

The time for the fulfillment of the prophecy was the last days. Edward Young comments that the last days are the ending of the days which were presently running their course. That means they are  part of the Jewish age. Christianity certainly was not running its course in the 8th century B.C. God did speak of what would happen to Jacob (Israel) in their last days (Gen. 49:1-10) which certainly included the Scepter of the Lord’s kingdom.

All Nations To Flow Into It

Another problem for the “all at Pentecost” view is its failure to include all the nations in the prophecy. Only one nation was present on the day of Pentecost. It was Judah and Jerusalem. Acts 2:5 clearly says there were “Jews” devout men from every nation under heaven. Now, unless all nations include none but Jews then we have a major problem. The Bible says God, foreseeing that he would justify the Gentiles through faith, preached the gospel to Abraham beforehand saying in you all the nations shall be blessed. (Gal. 3:8; Gen. 12:3).

Thus, the prophecy of the establishing of the church could not be fulfilled without the “coming in” of the Gentiles. The Lord taught the same in Luke 24, quoting directly from Isaiah 2. He does not limit its fulfillment to Pentecost.

Then He said to them, “these are the words which I spoke to you while I was still with you, that all things must be fulfilled which were written in the Law of Moses and the Prophets and the Psalms concerning Me.” And He opened their understanding that they might comprehend the Scriptures. Then He said to them, “thus is ti written, and thus it was necessary for the Christ to suffer and to rise from the dead the third day, and that repentance and remission of sins should be preached in His name to all nations, beginning at Jerusalem.” (Lk. 24:44-47)

Note Christ said it was necessary that repentance and remission of sins should be preached in His name to “all nations” beginning at Jerusalem. However, for the first ten years, the disciples preached to none but to Jews only, Acts 11:23. “Now those who were persecuted that arose over Stephen traveled as far as Phoenicia, Cyprus, and Antioch, preaching the word to no one but the Jews only. Not until the household of Cornelius did the church begin  preaching to the Gentiles, largely after Paul’s conversion.

James tells us that the “tabernacle of David” which was torn down could not be rebuilt without the coming in of the Gentiles. “Simon has declared how God at the first visited the Gentiles to take out of them a people for His name. And with this the words of the prophets agree, just as it is written: ‘After this I will return and will rebuild the tabernacle of David, which has fallen down; I will rebuild its ruins, and I will set it up; So that the rest of mankind may seek the Lord, even all the Gentiles who are called by My name, says the Lord who does all these things. Known to God from eternity are all his works” (Acts 15:14-18) See also Amos 9:11, 12).

Were there Gentiles in the church before Pentecost of AD 30? Did Peter say there were Jews and Gentiles gathered in Jerusalem out of every nation under heaven. No. And for the same reason, the church kingdom was not established according to the text of Isaiah 2.

Why Is There Silence About Judgment And the Kingdom?

According to Isaiah’s prophecy, the kingdom would be established in judgment. That is the word concerning Judah and Jerusalem. We’ve shown above where God indicted them for sin. He continues the charges in chapter two, bringing an even stronger charge against them for idolatry and the making and worshiping of idols, 2:6-9, 12-17.

However, note that God would also judge between the nations. If the coming of the establishment of the kingdom occurred at Pentecost, why did not the judgment occur at Pentecost also? Isaiah 9:7 says God would establish the kingdom in judgment.

“Of the increase of His government and peace there will be no end, upon the throne of David and over His kingdom, to order it and establish it with judgment and justice from that time forward, even forever.”

The Coming Glory of the Lord

Thus we have the establishment of the kingdom, the coming of the Lord in glory and the shaking of the earth. This decreation language refers to what is commonly called the end of the world, but is actually the end of the Jewish age.

The prophecy of Isaiah 2 is not fulfilled at Pentecost of AD 30. Rather, it is fulfillment in the book of Revelation at the end of the Jewish age. Note how detailed it fulfills Isaiah chapter 2. See Revelation 6:12-17. It mentions the shaking of the earth and the heaven rolling up as a scroll. The great, rich, commanders and mighty, slave and free men “hid themselves in the caves and in the rocks of the mountains, and said to the mountains, “Fall on us and hide us from the face of Him who sits on the throne and from the wrath of the Lamb.

Jesus offers more definitive proof of the time for this event. In route to his death by crucifixion, a great multitude of people follow him and the women also mourn and lament over his fate. He turns to them and offers a warning. “But Jesus, turning to them, said, “Daughters of Jerusalem, do not weep for Me, but weep for yourselves and for your children. For indeed the days are coming in which they will say, ‘Blessed are the barren , wombs that never bore, and breasts which never nursed!’ Then they will begin ‘to say to the mountains, “Fall on us!” and to the hills. “Cover us!”‘

Thus, Jesus applies both Isaiah 2 and therefore Revelation 2 to the destruction of Jerusalem in 70 AD. It is for this purpose also that the coming of the kingdom is expressed as the time of judgment when the seventh angel sounds in Revelation. “Then the seventh angels sounded: And there were loud voices in heaven, saying, “The kingdoms of this world have become the kingdoms of our Lord and of His Christ, and He shall reign forever and ever!”…The nations were angry, and your wrath has come, and the time of the dead that they should be judged, and that you should reward your servants the prophets…” (Rev. 11:15-18).

Hence, Paul said the kingdom arrives, i.e. is established at the time of Christ’s return in judgment.

“I charge you therefore before God and the Lord Jesus Christ, who will [is about to, mello] judge the living sand the dead at His appearing and His kingdom.” (2 Tim. 4:1).

Did God build the tabernacle of David

Note: we are not denying the beginning of the kingdom, but we do not equate the beginning with its establishment (using the language of Scripture).

Answering the Counter Charge of the Kingdom Established in Judgment

There are some who will counter that the kingdom was “fully” established on Pentecost and cite a text such as Act s2:47 or Colossians 1:13. We accept both texts as showing an arrival in some sense. However, neither reflect the establishment of the kingdom. To establish means that something is full grown, mature, perfect and able to stand on its own.

In the case of the church, God gave the spiritual gifts to bring the church to a state of perfection so it would no longer be a child, (1 Cor. 13:8-12; Eph. 4:11-14).  To deny that a child is an adult is not a denial of the child’s existence. But, neither can we claim the child is an adult, i.e. established to function on its own as a mature human being. The latter is what we mean about the establishment of the church. As Daniel taught, it had to first break in pieces and consume all the other kingdoms and then it would stand forever, i.e. be established.

Tags: Isaiah 2, Judah and Jerusalem, Judgment, Kingdom of God, Luke 23:28-30, Revelation 6
« The Kingdom of God Has Come
I Will Raise Him Up At The Last Day|Understanding Resurrection in John 6 »