Jacob and Esau and the Seed of Abraham

The Seed of Abraham Part Two 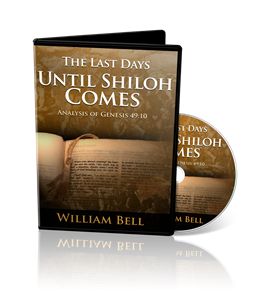 God further clarified that the fleshly descendants of Abraham were not the seed of Abraham by choosing Jacob over Esau through whom the promise would be fulfilled? If all the fleshly descendants of Abraham were entitled to the promise God could not have chosen Jacob and rejected Esau. Yet, the text says of the twins, (for the children not yet being born, nor having done any good or evil, that the purpose of God according to election might stand, not of works but of Him who calls), it was said to her, “The older shall serve the young,” As it is written, “Jacob I have loved and Esau I have hated.” (Rom. 9:11-13).

It is important to note that Israel, i.e. the fleshly descendants of Abraham never objected to God’s choice of Jacob over Esau. In other words, they accepted the fact that not all the descendants of Abraham were entitled to the promise. The gospel puts that matter to the ultimate test as shown in Paul’s ministry. In the next section, Paul makes the case that Christ is the Seed of Abraham.

The Seed of Abraham Versus Seeds

When Paul speaks of the promised seed of Abraham, he clarifies that God had only ONE person in mind. “Now to Abraham and his Seed were the promises made. He does not say, “And to seeds,” as of many, but as of one, “And to your Seed,” who is Christ.” (Gal. 3:16).

Thus, we learn from Paul’s writings that the Seed of whom God spoke to Abraham, Isaac and Jacob, were not his fleshly descendants (for the reasons explained above), but referred to Christ, as the singular one Seed of Abraham.

Further, Paul clarifies that the Law, through which the fleshly nation received the physical land of Canaan, came 430 after the promise God made to Abraham. However, he is clear that the land the fleshly descendants received under Moses was not the land promised to the Seed of Abraham nor did it annul the promise God made to bless the seed of Abraham. In other words, the promise of Abraham superseded the physical land his descendants received and was yet in effect when they received that land.

“And this I say, that the law, which was four hundred and thirty years later, cannot annul the covenant that was confirmed before by God in Christ, that it should make the promise of no effect. For if the inheritance is of the law, it is no longer of promise; but God gave it to Abraham by promise.” (Gal. 3:17-18).

Again in Romans Paul says, “For the promise that he would be the heir of the world was not to Abraham or to his seed through the law, but through the righteousness of faith. For if those who are of the law are heirs, faith is made void and the promise made of no effect.” (Rom. 4:13-14).

Seed of Abraham Received No Inheritance in Palestine

Stephen declares that when God called Abraham to leave his country and go to Canaan, God gave him no inheritance in the physical land. “Then he came out of the land of the Chaldeans and dwelt in Haran. And from there, when His father was dead, He moved him to this land in which you now dwell.  And God gave him no inheritance in it, not even enough to set his foot on. But even when Abraham had no child, He promised to give it to him for a possession, and to his descendants after him.” (Acts 7:4-5).

Abraham To Inherit and His Seed After Him

Stephen’s point is that the land God referred to in the promise would be to Abraham first, then to his seed after him. By contrast, the land received by Israel under Moses was to his descendants first without or excluding him because God never gave Abraham nor any of the patriarchs an inheritance in Palestine as noted. Hebrews adds the following for further clarification.

It says Abraham went out by faith, with Sarah, Isaac and Jacob as heirs of the promise who waited for the city which had foundations whose builder and maker was God. In the physical land, it was Israel who built the cities. God is the builder of the city promised to the Seed of Abraham.

The Patriarchs Died In Faith Expecting the Seed of Abraham

“These all died in faith, not having received the promises, but having seen them afar off were assured of them, embraced them and confessed that they were strangers and pilgrims on the earth.” For those who say such things declare plainly that they seek a homeland. And truly if they had called to mind that country from which they had come out, they would have had opportunity to return. But now they desire a better, that is, a heavenly country [land]. Therefore God is not ashamed to be called their God, for He has prepared a city for them.” (Heb. 11:13-16).

Now if the patriarchs died in faith, it means:

The True Seed of Abraham and the Promise

Finally, Paul tells us who the true seed of Abraham is and the nature of that promise. We learned earlier that the Seed of Abraham was singular, one person, i.e. Christ.

Those who accept God by faith and are baptized into Him become a part of that one Seed of Abraham who is Christ . We become one Seed with Christ, not many seeds, but one with Him. As the Seed of Abraham through Christ, we then become heirs/inherit the promise. The promise is salvation in Christ, i.e. the kingdom of God. See the post “Flesh and Blood Cannot Inherit the Kingdom of God.” The true seed of Abraham is Christ and the inheritance is the salvation in him to all nations (families of the earth) who are blessed in Him.