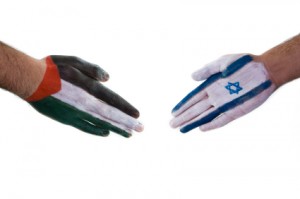 Politicizing the Obama Israel issue detracts from the real issues at stake in the objectives for peace to the Palestinian Israel conflict. Let me say up front that I am not into politics per say and have very little patience for the bi-partisan games that are played in government circles. When the good of the country is made subservient to the party a person belongs to, it is simply not what I enjoy discussing.

While many, especially republicans oppose President Obama for many reasons, here is one issue of which I feel they should all unite. A speedy peace process that ends the conflict in Israel by restoring the land borders which were taken from the Palestinian people and hopefully this would include a redress to the many crimes Palestinian Christians, Jews and Muslims have and yet continually suffer.

The Obama Israel Agenda Is A Step in the Right Direction

Not every president has favored the agenda of Israel. According to Alan Hart, President Roosevelt did not believe in the idea of a Jewish state. In fact, he erroneously was called an “anti-Semite.”  Hart record’s that “Roosevelt was fully aware, and not just because of the State Department’s line, that the Zionist enterprise was not in America’s longer term and best interests.” Zionism, The Real Enemy of the Jews, Alan Hart, p. 181.

Israel’s position cannot be defended morally as demonstrated in Mearsheimer and Walt’s The Israel Lobby. If the premises they set forth in that book are true, then it is immoral to support Zionism. That book preceded the Obama Israel issue.

Secondly, Israel cannot be supported Biblically, nor do they even want to be. If we took the prophecies in the Bible which the Dispensationalists use to refer to Israel, then two thirds of them would be scheduled for destruction, according to Zechariah 13:8-9. The truth is, this prophecy had nothing to do with modern Zionism but related to the ancient Old Covenant nation which came to an end by removing them from the land in A.D. 70. The Obama Israel issue however is not about the bible history.

Since that time not even the covenant nation, let alone today’s Zionism has any religious or Biblical foundation for the land. The one-third who survived are the remnant and Gentiles who made up the body of Christ in the New Testament.

Thirdly, lest I or others who support the Obama Israel stand are charged with anti-Semitism, please understand who and what a Semite really is.  In the truth of the matter, a Semite is one who speaks the Semitic language. It is not a race.

Further, the Zionist state created by the Balfour Declaration involved the removal of true Semitic people a population of 700,000 Arabs,  including Palestinian Christians, Muslims and Jews) from their homeland replacing it with non-Semitic Europeans. Abraham was a Semite. But he was from Babylon, modern day Iraq, just as was Saddam Hussein! It is the indigenous Semites who are the victims in Palestine and not the invaders.

The Obama Israel Issue Is Not About Approval of Terrorism

People can so easily have their paradigms warped. If you were a peaceful people, living in your own land and foreigners came in to kick you out of your own country, take your land, resources and kill you, your wives, and children, then when you rise up to defend yourself and take back what has been stolen from you would that make you a terrorist?  I would call that a freedom fighter, a patriot and a courageous loyal citizen.  The creation of the Zionist state was not an instance of Palestine invading Europe, but of Europe invading Palestine.

The Obama Israel Issue Is Asking For A Compromise

As I understand the newscasts and having listened to both President Obama and Prime Minister Benjamin Netanyahu, Israel is not being asked to give up all the land that Britain gave them which did not belong to them in the first place, he is asking them to come to a mutually agreed upon settlement which recognizes the 1967 borders. But Prime Minister Netanyahu says no, because that jeopardizes the national security interests of Israel. But not doing so jeopardizes the national security interests of everyone, including Israel, the US, the Arab nations and every U.S. citizen.

Now we’ve heard a lot about all the money that Democrats spend on this program and that program. We are not in denial. Pork belly this and pork belly that, right?  But the spending on Israel is like the “whole hog.”  How much has the U.S. spent on direct aid to Israel? How much of that continued spending do Republicans support?

I am not against Republicans nor am I necessarily for Democrats, for they support big spending in Israel also. This is about the Obama Israel issue which demonstrates that if we can bring the President’s tenure to an end let’s even stand against his pro peace policy in the middle east, a very sensible, courageous and pro-American stance. The Obama Israel Issue is about Obama, not Israel.

Dispensationalism Attacks The Obama Israel Issue With A Fury

Just like the Republicans, Dispensationalism is on the attack. We understand why. If Israel reverses their stance by giving up the stolen land, it puts a significant nail in the coffin of Dispensationalism which gained it’s impetus from Israel’s existence. They look at Israel as a visible confirmation of their prophetic teachings. The Obama Israel issue is not in the best interests of Rapture theorists.

They evangelize for murder of Christians, Jews and Muslims as long as it confirms what they believe to be bible prophecy. They make the gospel of Christ a philosophy for the murder of innocent citizens repeating the genocide of Pharaoh’s Egypt and Herod’s Judea. They are wrong.  We’ll cover more on the Obama Israel issue in future studies. It is my conviction that the Obama Israel issue out to be discussed for its moral, biblical, prophetic, national and international implications.