Is the New Covenant Only for Judah and Israel?

Is the New Covenant only for Judah and Israel? 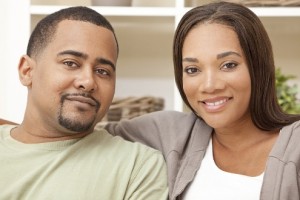 Some believe so. They base their reasoning on the bible text which says God would make a new covenant.

The backdrop of God’s promise to establish a new covenant with the houses of Israel and Judah, involved the cutting off of Israel (10 northern) tribes in 721 B.C. They committed idolatry under King Jeroboam. God cast them out of his sight, 2 Kings 17:20-21, and prophesied through Hosea that they were not his people, (Lo-Ammi, Hos. 1:9).

Consequently, they were carried off into Assyrian captivity in 7:21 BC (Isa. 28:11-12) and “swallowed up” among the Gentiles, (Hos. 8:8). Yet God promised that in the latter days (last days) he would “remarry Israel” (an unfaithful wife whom He had divorced) by sowing Israel as seed into the earth and showing mercy upon her, restore her place as people of God. (Hos. 2:19-23; 3:5).

Ezekiel 37, prophesies both the resurrection and the regathering of Israel and Judah under a new king, David (the Messiah). At that time, God would restore them to the land, set his sanctuary among them and establish the everlasting covenant with them.

This along with the text in Hebrews leads some to conclude that God only made a covenant with Israel and Judah. They interpret those words to mean that the covenant is exclusive to Israel and that those outside of Israel and Judah are not subject to Israel’s covenant, i.e. to live under the terms of the New Covenant. We believe this position is in error.

Some argue in support of the “New Covenant for Israel only” argument the words of Christ that salvation is of the Jews. Their aim? To demonstrate the “exclusivity of the New Covenant to the Jews.

Is the New Covenant Only For Judah and Israel?

We are hearing this from some and the reasons vary from prophetic fulfillment to racism. The following is what in our view sufficiently refutes the idea of an exclusive covenant of salvation to Jews and Israelites, and especially so as an exclusive ethnic group. But, as shown below, neither can it be maintained based on the Bible text.

Egyptians, or the descendants of Ham (Mizraim), once enslaved Israel and from whom God delivered them through Moses. In the days of Hezekiah when Assyrian King Sennacherib’s attack on Judah, God commanded Israel not to go down by the way of Egypt, nor to trust in horses from Egypt. They were the enemies of God’s people, (Isa. 31:1).

Yet, in the latter days, God offers Egypt the invitation to participate in the Messianic Feast of Tabernacles, with dire consequences for refusal. Zechariah, citing the day of the Lord, says that Egypt must worship God from year to year, (meaning continually).

They are to worship the “King” i.e. (David, which is Jesus Christ) by going up to Jerusalem. This not the literal and forsaken city of Jerusalem. (See on John 4:20-24). Rather it is the heavenly Jerusalem in the new heavenly city of God, (Rev. 21:1-3). Of Egypt it is said:

In that day “HOLINESS TO THE LORD” shall be engraved on the bells of the horses. The pots in the Lord’s house shall be like the blows before the altar. Yes, every pot in Jerusalem and Judah shall be holiness to the Lord of hosts. Everyone who sacrifices shall come and take them and cook in them. In that day there shall no longer be a Canaanite in the house of the Lord of hosts.” (Zech. 14:16-21).”

Not only would Egypt come up, but all nations were required to come. By no stretch of the imagination does Egypt (the nation) equate with Israel or Judah in this context. These of necessity are the terms of the new covenant God makes with Israel and Judah.

Note also that all those who participated would cook in the vessels of the Lord. For those outside of Israel’s Levitical priesthood to handle to the vessels of the sanctuary amounted to sacrilege. (See Dan. 5:1ff). Yet, there is no condemnation. This confirms the spiritual nature of this prophecy. It also testifies against a physical temple or service.

John writes that the nations walk in the light of the kingdom and bring their glory and honor into it. It’s gates are not shut day or night. This means there is no end to the continual inflow of the nations.

The essence of the argument is that Hamites fall neither under Shem, thus are no part of Israel nor under Japheth excluding them from the Gentiles and the promises. In other words they reason that Noah’s sons are divided based on color or racial lines into Jews, Europeans and Asians and those of African descent. This clear contradicts genetic DNA science.

In other words, Shem is the father of Israel through Abrahamic lineage. Some have argued unconvincingly that Gentiles are exclusively of Japheth, and exclude Ham and his descendants, 10:3. Such argument excludes Noah’s son’s through Ham. This means the people of Egypt (Mizraim), Ethiopia (Cush) Put (Somalia, Libya, Yemen and Cyrene) and Canaan.

However, we demonstrated that God called upon the Egyptians and all the nations to worship at the Feast of Tabernacles (Zechariah 14). Further, Simon a Cyrenian of Hamitic descent was compelled to carry Jesus’ cross. Later, members of the Synagogue of the Freedmen the Cyrenians, Alexandrians, and those from Cilicia and Asia), were found disputing with Stephen, (Acts 6:9).

Apparently some were converted. These Africans also travelled from Jerusalem after the persecution following the martyrdom of Stephen to Antioch and preached the gospel to the Hellenists (Grecian Jews). Their evangelistic mission proved quite successful, (Acts 11:19-21).

Therefore, the New Covenant embraced all the Sons of Noah, those of Shem, Ham and Japheth. Further, both Shemites and Hamites spoke semitic languages. Therefore, Ham’s descendants are Semitic people and thus, the modern use of Anti-Semitic as is used by Ashkenazi Jews of European descent is both misunderstood and misapplied.

If you are interested in helping to support this ministry, please take a moment and make a donation of your choice using the paypal button to right, or by purchasing one of our books. Part of the proceeds are used to fund humanitarian efforts. Your gifts and  purchases are much appreciated.