Is the Day of the Lord Near?

Is The Day of the Lord Near? 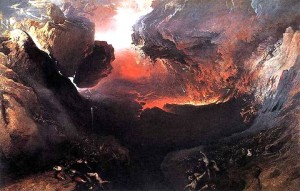 Peter records that they did not prophesy for their time, but for a future generation. Abraham, who likewise saw the day of the Lord, (John 8:56),
saw it afar off (Heb. 11:13).

On the other hand, some in the New Testament saw the day of the Lord as having occurred as early as the mid-first century. (2 Thess 2:1).

Why is there such a wide span of time related to the day of the Lord? How can this time span as early as the first century to as long as some time in our future?

Such uncertainty creates endless speculations both about the veracity of end time prophecy and the time in which the event would occur.


Understanding the Day of the Lord

How can we come to any degree of sanity or certainty in our understanding? It’s not difficult. It simply takes a little thought, careful reading of the text, and clear thinking.

As we delve into the subject, let’s get a few of the intellectual and textual obstacles before us.

First, it is said that know one knows the day or the hour of the Lord’s return. So isn’t the attempt to know when it happens an exercise in futility?

Secondly, the Lord’s coming is said to be like a thief in the night. Thieves are not in the habit of pre-announcing their arrival, for fear that the owner may be waiting to surprise them.

There are six indicators of the Lord’s return that help us to identify the time without violating either of the requirements above. They answer the question of is the day of the Lord near?

Once these are understood, the mystery about the time of the “”day of the Lord vanishes. The following indicators help to pinpoint the time with a reasonable degree of certainty.

Signs Pointing to the Day of the Lord

Day of the Lord Clearly Marked for First Century Fulfillment

With all of these signs occurring in the first century, it should be clear why Christ taught the day of the Lord would occur within his generation, (Matt. 24:34).

But now we come to the last question of the day and hour being unknown and coming as a thief in the night.

Very simply, Jesus predicted the “generation” not the day and the hour. There is no contradiction. You can know the generation or “general” time in which an event occurs without knowing the day an hour.

For example, let’s say that your children promised to visit you next year. They have not chose a date  booked their flights or made any travel arrangements.

If that’s all the information they gave you, would you know the day and hour they would arrive? No. You’d only know a general time, i.e. that they are coming the next year.

In like manner, Jesus spoke of coming within his generation. Yet, he did not specify the day and hour. Thus, the disciples could know the general time and follow the signs being revealed in their generation.

Lastly, Jesus’ promise to come as a thief was directed not to believers, but to unbelievers. It is the unbelievers who did not recognize the signs.

Why? It’s because they did not believe in him as their Messiah and king. In each of the passages that mention his coming as a thief, he always applies that language to the unbelievers.

When the Lord spoke of his coming as a thief, he referred to the event in Noah’s day, saying that the people continued their every day norms and did not know until the flood came overtaking them.

Likewise, it would be the same when Jesus returned upon that generation, Matt. 24:37–39. Paul says the day of the Lord would not overtake Christians as a thief, but those in darkness. In Revelation, Jesus said, he would come as a thief to those who would not watch. (Rev. 3:3, 16:15).

For more studies on the day of the Lord and Jesus’ first century return, order your copy of The Re-Examination by the author.