Is Fleshly Circumcision an Everlasting Covenant? 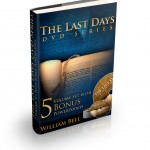 Is fleshly circumcision an everlasting covenant? Does God require circumcision today as he required Abraham’s descendants? Are children of God today bound under the terms of Genesis 17:13?  Did not God make it a part of the gospel promise made to Abraham? The problem is a misunderstanding of the word “everlasting” [Hebrew olam] as used in certain passages. Note: We are not discussing the medical merits of circumcision. For such matters consult your physician or urologist. We are concerned only with the theological and religious import.

One cannot take the word “everlasting” too literally. How would one account for the the death and decay of the flesh? Are we to suppose the command transcends the natural decomposition of human flesh? Would that mean that upon the demise of the mortal body, man is cutoff from God? Is fleshly circumcision an everlasting covenant?

Does God Have an Everlasting Covenant With Animals?

Secondly, God attributes righteousness to Abraham before he is circumcised. This he did based upon Abraham’s faith. “And he believed in the Lord, and he accounted it to him for righteousness.” (Gen. 15:6) Clearly that is before God gave the command per Genesis 17:10–13.  Thirdly, some argue that God has even made an everlasting covenant with the animals as proof that his covenant with circumcision would not end. Does God in fact have an everlasting covenant with animals?

The rainbow shall be in the cloud, and I will look on it to remember the everlasting covenant between God and every living creature of all flesh that is on the earth. (Gen. 9:16) I visited a prophecy forum and one writer offered this text to prove that this covenant would never  end. Yet, their eschatological paradigm teaches that one day God will destroy the earth and all its inhabitants, including man and beast? That represents a closed end system. If life on  the planet comes to an end, then everlasting covenant in that context can only last until that alleged end.

Otherwise, we’ll be taking the skunks, vipers,  mosquitoes and flies to heaven! Therefore, we must see God expressing an open ended system in order to keep this promise. That means this world, and life on earth as we know it will not come to an end. God has in fact made an everlasting covenant regarding the universe. That is in fact what the scriptures teach, Eccl. 1:4. Also, God said, although the imagination of man’s heart is evil from his youth, he would never again destroy every living thing as he had done, (Gen. 8:21).

Is the Torah And Everlasting Covenant?

Fourthly, God’s promise of a change in the covenant to Israel and Judah, demonstrates that the first covenant was not forever. It had an end. Thus, circumcision, the burning of incense, burnt offerings, along with sabbath-keeping according to the law was not forever.  Behold, the days are coming says the Lord, when I will make a new covenant with the house of Israel and with the house of Judah—not according to the covenant that I made with their fathers…” (Jer. 31–32).

Paul quotes this text in Hebrews 8:6–12. He likewise adds that in declaring the new covenant, God made the first covenant obsolete. It was also drawing to an imminent close. “In that He says, “A new covenant,” He has made the first obsolete. Now what is becoming obsolete and growing old is ready to vanish away.” (v. 13).

This is the same covenant with its sacrifices and incense burning that God called an everlasting covenant. Yet it became obsolete and vanished, in that it was fulfilled.

The Everlasting Covenant and the Gospel

Fifthly, the question of  circumcision was one of the first major doctrinal controversies of the newly formed Jerusalem church. “And certain men came down from Judea and taught the brethren, “Unless you are circumcised according to the custom of Moses, you cannot be saved.” (Acts 15:1)

After their counsel, they concluded the following: “Since we have heard that some who went out from us have troubled you with words, unsettling your souls, saying “You must be circumcised and keep the law” –to whom we gave no such commandment. (v. 24)

For the promise that he would be the heir of the world was not to Abraham or to his seed through the law but through the righteousness of faith. For if those who are of the law are heirs, faith is made void and the promise of no effect. (Rom. 4:9-13). Finally, the old covenant and its ordinances was the shadow of good and better things to come. It was not the substance, (Col. 2:16, 17). Everlasting covenant in that context does not mean non-ending.

Circumcision Is not an Everlasting Covenant for Believers

Paul, in his letter to the Galatians records the following on fleshly circumcision. “Indeed, I Paul, say to you that if you become circumcised, Christ will profit you nothing. Again, I testify again to every man who becomes circumcised that he is a debtor to do the whole law.” You have become estranged from Christ, you who attempt to be justified by the law, you have fallen from grace. (Gal. 5:2–4).

The law as an everlasting covenant is no longer valid under the gospel.The circumcision God now calls his people to observe is that of the heart. Romans 2:28, 29. It occurs through the forgiveness of sins when one obeys God’s word from the heart and is baptized. (Col. 2:11, 12) Therefore, it is not fleshly circumcision that has no end, but the circumcision of Christ, in the putting off of the body of the sins of the flesh.

Order our Last Days DVD Series Here.  Be sure to leave us your thoughts about circumcision in the flesh as an everlasting covenant.