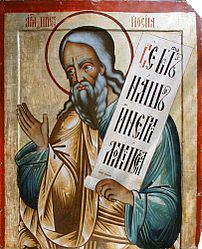 Much controversy exists over the
resurrection of the dead. It is often
denied that the 1 Corinthians 15 has
anything to do with Israel.

Is1 Corinthians 15 Israel’s resurrection?
Many see Jesus’ death on the cross as
God’s last word to Israel.

Those who do are very tight-lipped
about anything that speaks of Israel
beyond the cross, (AD. 30).

These are usually found in the Amillennialist camps. The cross becomes their line of demarcation. From that point forward, everything is all about Christians.

On the other hand, there are Dispensationalists who see everything in the scripture after the cross as related to national Israel.

They believe the church is simply a parenthetical “spiritual annoyance” until God really get’s down to his real end time program with national Israel.

Of course, God has his work cut out for him. He has to rebuild all the Old Covenant relics from national Israel’s past which he tore down in 70 AD, even though he said the former things would never come to mind. (Isaiah 65:16)

We believe both of these views are extreme. 1 Corinthians 15 allows us to look at how God would bring Israel through to her end time promises.

What’s also important is that in the promises of Israel, there was always those in Israel whom God would slay. To those who forgot God’s holy mountain, he would number for the sword, slay them and call his servants by another name. (Isa. 65:11–15).

To accomplish this new people, God would create a new heavens and a new earth. This is a soteriological term, not a literal celestial, terrestrial creation.

God is creating for himself a new Israel, a people who would obey him. They are the people of the new Jerusalem who respond in joy. Now that we see God had a promise for Israel, let us look at how and when it’s carried out.

Israel’s promise was resurrection from the dead, (Acs 24:14,5; 26:6–8). Thus, not until Israel was raised would God’s promises to her be completed.

1 Corinthains 15, Israel’s Resurrection and Hosea 6:1–3. A significant text for Israel’s representation in 1 Corinthians 15 is Hosea. Ephraim, (the 10 northern tribes) were sent into Assyrian captivity in the 8th century BC for forsaking God through idolatrous worship.

This was called their wound, wherein God, as an attacking lion, would tear them and not let them go. They would be dragged away as a lion dragging off the captured prey.

God says Israel would be held there until they sought his face. (Hos. 5:13–15). In the next chapter which continues the figure of the lion attack, Israel acknowledges they have been “torn” by the Lord.

They express faith in being healed. They say that although God has torn them, he will heal. Although he has stricken them and tore their flesh wide open, he would bind them up, meaning to care for their wounds.

God would do this for Israel after two days, saying they would be revived, but on the third day he would raise Israel up that they might live in his sight. (Hosea 6:1–3).

These verses are quoted by Paul in the opening of the letter to the Corinthians. In this, he shows that 1 Corinthians, particularly through Christ’s whose resurrection occurred on third day, is addressing Israel’s resurrection.

Jesus affirmed to Martha, a Jew that He was the ressurrection and the life. No one therefore could be raised except through him. As Hosea demonstrated that Ephraim had been cast away due to sin, the imagery of the lion tearing his flesh and of his return to life, is from death resulting from sin.

That sets the tone of 1 Corinthians 15. It also places Israel in the heart of the context. It further defines the nature of the resurrection and the identity of those whose resurrection was being denied.

You can learn more about God’s role for Israel and the end time, by  studying The Re-Examination by the author.