In This Mountain “The Death” Is Swallowed Up In Victory

Is the Death Swallowed up in victory? 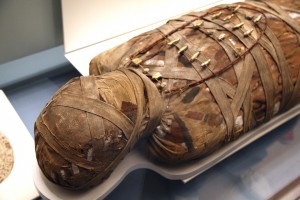 And in this mountain the Lord of hosts will make for all people a feast of choice pieces, a feast of wines on the lees, of fat things full of marrow, Of well-refined wines on the lees, and He will destroy on this mountain the surface of the covering cast over all people, and the veil that is spread over all nations. He will swallow up [the] death forever, and the Lord God will wipe away tears from all faces; the rebuke of His people He will take away from all the earth; For the Lord has spoken it.”Isa. 25:6-8.

Of what mountain does the prophet speak? This is the mountain of the Lord’s house, the same as Isa. 2:2-4. It is the kingdom of God. It is the time and place of the Messianic banquet. The Gentiles will seek God and the earth shall be full of the knowledge of the Lord as the waters cover the sea. Isa. 11:8-10 at the time of the second Exodus, of Isaiah 11. It is the mountain to which God gathers the outcasts of Israel; Isa. 56:7. It is in this mountain in which the surface of the covering cast over all people, and the veil spread over all nations is done away. In this mountain, the death is swallowed up in victory.

It is also “in this mountain” that God will wipe away all tears from all faces. See Revelation 7:17; 21:4. Is this the 6th Cent. B.C.? The wiping away of tears is also found in Isaiah’s prophecy of the gathering of Israel by His Servant. (Isa. 49:5-10). At this time, God’s Servant (Christ) would raise up the tribes of Jacob and restore the preserved ones of Israel. When? It is when Christ, the Servant would be given as a light to the Gentiles, that he should be God’s salvation to the ends of the earth.

Interestingly, this text is recorded by Luke in both his gospel and the book of Acts. It refers initially to Simeon blessing Christ at his birth and later to the preaching Christ to the Gentiles. The Holy Spirit had revealed to Simeon that he would not see death until he had seen the Lord’s Christ, i.e. the Messiah, (Lk. 2:27, 32. He quotes Is. 42:6; 49:6. The prophecy includes the preaching of “light” i.e. the gospel to the Gentiles. Paul quotes both texts and says “For so the Lord has commanded us: ‘I have set you as a light to the Gentiles, that you should be for salvation to the ends of the earth”.

In An Acceptable Time

Further, Isaiah calls this the accepted time and the day of salvation at the time of Israel’s inheritance when he tells those in prison to “Go forth” and to those in darkness to show themselves.” Young says this is the language of exile and the regathering of all Israel to their inheritance or land. It shows that Israel’s new land/inheritance is in Christ. But how does Paul apply the prophecy?

They Shall Feed Along the Roads

Those who receive salvation feed along the roads so they do not hunger nor thirst. Neither does the heat nor the sun strike them. John quotes the text in Revelation 7:14-17, saying these are the ones who have come out of the great tribulation, and washed their robes and made them white in the blood of the Lamb. This identifies it as a first century event, Matt. 24:21, Rev. 1:9.

Therefore, they are before the throne of God, i.e. in the kingdom serving him night and day. The do not hunger nor thirst (Matt. 5:6) nor does the sun strike them nor any heat. How can this be a picture of post earthly existence? Will there be literal water, food, a sun and moon in the heavenly city, (Rev. 21:23)? The blessing of the kingdom is satisfaction for a hunger and thirst for righteousness, which is the hope by faith (Gal. 5:5; 2 Pet. 3:13) and fulfillment of Dan. 9:24f.

At the End of the Great Tribulation

Note again, that Rev. 7:17 is fulfilled when those who wore white robes come out of the great tribulation. Isn’t the great tribulation taught in Daniel 12:1? Doesn’t that totally destroy the idea that the great tribulation happened in the intertestamental period as Howard Denham asserts? Does it not demonstrate that Dan. 12 is quoted in the N.T. and therefore Matt. 24:21 is speaking of Dan. 12 as well as Daniel 9? It also speaks of Daniel 7 (24:30). Let him who reads understand”. Doesn’t this place the fulfillment of these texts at the destruction of Jerusalem, and before that generation passed? (Matt. 24:34), i.e. in AD70?

Since all of this occurs in this mountain, the view that says it is fulfilled in the 6th cent. B.C. for one part of the prophecy (the Death) and the wiping away of all tears at the end of the great tribulation” in the (intertestamental period (???) has split the mountain. Does that not mean some only eat half the Messianic banquet on one side of the mountain and the rest will eat it a few hundred years later on the other side of the mountain in the days of

Now if the wiping away of all tears of Isa. 25 follows the great tribulation, and since the great tribulation occurred in AD 70, Matt. 24:21, 34, then Isa. 25, the swallowing up of the death quoted in 1 Cor. 15:54 is 70 AD.
There is another admission here if this text refers to the 6th century B.C.. Wouldn’t this demonstrate that the concept of “wiping away all tears” is metaphoric and not literal tears and crying? If not, what is Denham’s explanation for how and why people cry today and will continue to shed tears until his alleged return of Christ?

He is forced to acknowledge based on his view, that the “wiping away of all tears” is metaphoric or figurative language. He would complain that we have all tears wiped away in AD 70 when his position asserts they were wiped away in the 6th century when Israel returned from Babylon. Further, he takes the prophecy as a literal fulfillment.

In This Mountain and Accommodation in Prophecy

The aim and concern here is to interpret OT Scripture both with regard for its historical meaning and to determine whether the interpretation is Messianically legitimate or illegitimate accommodation? Under segment (b), the ISBE states:

It is widely accepted canon of modern interpretation that the institutions of OT worship and the various messages of the prophets had an intrinsic contemporary significance.
But this is not to say that its meaning and value are exhausted in that immediate contemporary application. Beyond question the prophet was a man with a message to his own age, but there is nothing incompatible, in that fact, with his having a message, the full significance of which reaches beyond his own age, even into the far distant future. It would serve to clear the air in this whole region if it were only understood that it is precisely upon its grasp of the future that the leverage of a great message for immediate moral uplift rests. The predictive element is a vital part of the contemporary value.” International Standard Bible Encyclopedia, ed. James Orr, p. 30, Eerdmans

The question of accommodation depends on whether the prophecy has a “legitimate” accommodation. It is acknowledged the text may have immediate intrinsic value. However, such does not prove the meaning and value of prophecy is exhausted in that immediate contemporary application. The predictive element is a vital part of contemporary value especially when the Apostles apply the prophecy in stating it was yet to be fulfilled. In some cases the terms of the prophecy were so grand that it was impossible for all such conditions to be fulfilled in the initial prophecy.

Remember, the prophets wrote of eschatological themes which they neither understood in time or manner. How, they could they apply them to their time when they did not even understand of what time or manner they spoke? Concerning such prophecies, Peter says, they prophesied of things that were to be fulfilled in the first century, 1 Peter. 1:10-12. Abraham and the Patriarchs experienced events in their lives, while at the same time, they saw some things as afar off.

Denham’s Contradiction on the Time The Death Is Swallowed Up In Victory Isaiah 25:6-8

Perhaps the greatest fallacy of the limited historical application of Isaiah 25:6-8 which Denham imposes upon the text through his view of accommodation (which as seen above is illegitimate) is the dichotomization of the prophecy into two separate periods, one in 536 B.C. for the removal of “the death” at the fall of Babylon (the return from exile in Babylon ,a historical impossibility) for “the death” reigns from Adam to Moses’ covenant which extended until the time of Christ, ending in AD70, Matt. 5:17-18; Lk. 21:20-22.

Secondly, his argument implies the “wiping away of all tears” and the end of sorrow at the end of the great tribulation during the intertestamental period. He cites the accommodation principle when there is no accommodative reference to wiping away all tears during the intertestamental period. Yet, when Paul mentions the text in 1 Cor. 15:54-55, Denham claims “Death is swallowed up in victory” does not apply.

Tags: 1 Cor. 15:50-55, Death is swallowed up in victory, Howard Denham, Isaiah 25:6-8, Resurrection of the dead, The Little Apocalypse
« Who Is Israel? Preston-Brown Debate
John the Baptist, An Eschatological Figure »