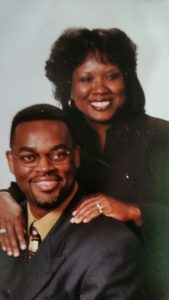 There is some discussion on the rendering of the heavenly body definition of 1 Corinthians 15:49 in the Greek. The discussion arises out of the rendering of one letter in the Greek. It’s the letter “o”. The difference between the Greek and the English is that the Greek has two letters which are rendered “o”. One is the letter “Omicron” (short o) and the other is the final letter of the Alphabet, Omega (long o). These two letters can significantly change the meaning of a word, particularly in this case, the tense.

In the case before us on 1 Corinthians 15:49, the two “o’s” stand between the future indicative (a real future) and the aorist. The word under consideration is “phoreo”. The future form of the word is phoresomen. Here you see the “Omicron” is used, i.e. the short o. The subjunctive form is phoresomen with the long o.

The problem arises in the variant readings of the manuscripts. There are manuscripts which contain both. Scholars are divided over which is correct. Stevens cites C.K. Barrett who says when these are read aloud, “…there’s not much distinction in pronunciation between the OMEGA and OMICRON forms of that word”. Ed Stevens, “Resurrection in 1 Corinthians 15:49, p.9. Scribes, could get these mixed up due to a hearing error.

Which Is The Correct View?

Stevens claims that we (Collective Body) “guys” [and girls] prefer the subjunctive “simply” because it supports our view. How does Stevens know that? I’m sure there are some who support the Covenant collective body view who do not know whether phoresomen is future or aorist subjunctive. But to say we do it simply because it supports our view is false. In fact, I held the Covenant Body view for years before I ever made note of the rendering in 1 Corinthians 15:49. So, Stevens’ statement is not true.

Gordon Fee On The Verb Tenses of 1 Corinthians 15:49

Ed gives his reason as we’ve stated above concerning the “hearing error”. However, let us note what Gordon Fee has to say about the verb tenses:

If Paul had written the future, “we shall bear,” the case would be closed; the whole discussion would then involve the heavenly body and have to do only with the Eschaton. One can well understand, therefore, why the majority of those who have written on this passage opt for this reading. Nonetheless, the future is found in only a few disparate MSS and is easily accounted for on the very same grounds that it is now adopted by so many, while it is nearly impossible to account for anyone’s having changed a clearly understandable future to the hortatory subjunctive so early and so often that it made its way into every textual history as the predominant reading. For that reason it must be the original, and if original it must be intentional on Paul’s part as a way of calling them to prepare now for the future that is to be.” 1

Disparate Evidence For the Future Tense of 1 Corinthians 15:49

First, the future tense is found in only a few disparate manuscripts. Disparate means these MSS are so unlike, there is nothing to which they can be compared. In other words, the evidence is insufficient upon which to base an accurate claim for the future. It simply does not exist.

Secondly, due to the sheer number of manuscripts which contain the subjunctive rendering, Fee says it would have been impossible to account for anyone’s having changed a clearly understandable future to the hortatory subjunctive so early and so often that it made it’s way into every textual history as the predominant reading. In other words, only a few manuscripts would have the change. But according to Steven’s argument, every scribe had a hearing problem except a very small number. One wonder’s why if so many could not hear very well, they even qualified for the job of being a scribe in the first place!

The “error” is the departure from the norm. It would only show up in a few manuscripts. That is precisely the case for the future tense. It is only found in a few disparate manuscripts and therefore is revealed as the erroneous reading and subjected to a few scribes who may have needed a hearing aid. That is why both Fee, and “we” prefer the aorist subjunctive. It’s because the sheer volume of texts contain it from such a very early time, too early for it to have been a textual variant.

Now since Ed Stevens is on record saying that the aorist subjunctive supports the Collective Body view, and in light of the above, he has admitted the defeat of his Individual Body paradigm in 1 Corinthians 15:49. Years ago when I first pointed this verse out to Stevens, he remarked that he had not considered it at all. But, since that time of our email discussions, he went to work on it, and has come  up “weighed in the balances and found wanting”.

Fee Rejects The Conclusions of His Own Scholarship

But this truth is even too strong for Fee to bear. For instead of understanding it to mean they were already putting on the heavenly body, he changes the meaning to his “behavioral implications” body. He writes: “Rather, they are being urged to conform to the life of the “man of heaven” as those who now share his character and behavior.” He knows some type of putting on must occur in the present based on the aorist subjunctive. He knows the living saints had to self-initiate or appropriate this process. So, he makes it behavior and character, versus the “heavenly body”. Why, because it shatters Fee’s future eschatology and individual body paradigm just as it does Steven’s view. Did not Paul intentionally write what he meant?

The Inconsistency of Fee on 1 Corinthians 15:49

One cannot share the character and behavior of Christ truly without sharing the “body” of Christ. Cornelius was a good man, had good character and behavior. But, he was told, that in order to be saved, i.e. to bear the image of the heavenly, he had to hear the word of salvation, and be baptized into the body of Christ, (Acts 10-11; 15:1-11). Only then could he begin the process of being “conformed to the image of His Son”, Rom. 8:29. He had to enter the Corporate body of Christ, i.e. a Collective body of all members in one body. Christ was the Savior of that Corporate, Collective body, (Ephesians 5:23) which is Himself, (1 Cor. 12:13, 27; Eph. 1:22-23; 4:4; Col. 1:18, 24, the man from heaven, the true temple of God, our holy clothing.

The Already But Not Yet Spiritual (Pneumatikos) Body

Note also Fee returns to the already but not yet framework. “The implication is that not only are they not fully pneumatikos now, but they will not be fully pneumatikos at all if they do not presently also “bear the likeness of the man of heaven.” Thus we have another expression of Paul’s “already/not yet” eschatological framework. They are being urged to become what they are by grace, but as vv. 50-57 make plan, what they presently are by grace will not be fully realized until this mortal puts on immortality and the final defeat of death is realized.

The problem is that the Corinthians believed that they had already assumed the heavenly existence that was to be, an existence in the Spirit that discounted earthly existence both in its physical and in its behavioral expressions. What Paul appears to be doing once again is refuting both notions. They have indeed borne—and still bear—the likeness of the man of earth. Because of that they are destined to die. But in Christ’s resurrection and their being “in him” they have also begun to bear the likeness of the man of heaven. The urgency is that they truly do so now as they wait the consummation when they do so fully.

The Beginning of the Defeat of Death

Compare, “But Christ as a Son over His own house, whose house we are if we hold fast the confidence and the rejoicing of the hope firm to the end.” (Hebrews 3:6)

“For we have become partakers of Christ if we hold the beginning of our confidence steadfast to the end. (Hebrews 3:14)

“Being confident of this very thing that He who has begun a good work in you will complete it until the day of Jesus Christ” (Philippians 1:6)

Phoreo, is not to be confused with phero. “However, in contrast to phero bear, carry, put up with, bring, produce, lead, phoreo has the metaphorical force of the French porter, to wear, and regularly applies to clothes…Hence it does better justice to Paul to retain the metaphor: we shall wear [let us wear] the image or likeness.” Thiselton (NIGTC) quoted in Ed Stevens, Appendix on the Variant Reading in 1 For 15:49, p. 11.

The Aorist Subjunctive of 1 Corinthians 15:49

While the aorist subjunctive discusses the future from the standpoint of the writer, it includes the entire process. As we’ve shown that the defeat of death and the putting on of the new body, heavenly man, the Lord from heaven begins in baptism, then Paul’s statement, in 1 Corinthians 15:49 encompasses Pentecost to 70 AD. The aorist is ingressive and includes both the past putting on and the future consummated future. At the very least, the putting on is underway in the present. Fee concurred.

More Greek Scholarship on the Aorist Subjunctive of 1 Cor. 15:49

As I was writing and sharing a few excerpts from this article with Don K. Preston, D. Div., he sent me the following quote in support of Fee’s research on the weight of the subjunctive evidence for phoresomen in 1 Corinthians 15;49.

“There is a significant textual split in the manuscript evidence at this variant unit. The subj. (phoresomen) is well attested by the vast majority of Byzantine manuscripts in addition to papyri and other uncials. Usually, I throw the witness of B (Vaticanus) out because it is such a bad, unreliable manuscript. The Nestle-Aland/UBS bunch, which I do not trust or care for, goes with the indicative because of Vaticanus their preferred manuscript. They sure didn’t go with that reading because of the TR or lectionary majority. As a Byzantine textual advocate I would go with the subjunctive as the autographic reading here. This is the manuscript evidence of the two lines of transmission:

Again, I think the subjunctive has the weight of manuscript testimony here.>>

There you have it folks. What more needs to be said? We have proven that the correct rendering of the text is the aorist subjective. Stevens admits the aorist subjunctive supports the Collective Body View. He admits the majority of the MSS contain the aorist subjunctive rendering of phoreo. By the same admission as Fee points out, the numbers are two great and too early to account for the subjunctive as the variant reading of 1 Corinthians 15:49 due to hearing loss of such a great number of scribes. The IBV is terminally ill with no sign of recovery in sight.